The Government has been told community newspapers should have been permitted to print and deliver – rather than daily and Sunday publications – during the Covid-19 lockdown.

In an appeal to allow his members to do their jobs, NZ Independent Community Newspapers Association (CNA) President David Mackenzie told the Covid-19 Epidemic Response Committee last week the decision to ban community publications was flawed.

A review of the decision to ban community newspapers from publishing enabled some mastheads to continue but the near-week long deliberation was fatal to many publishers who went into Covid hibernation.

“The digital alternative that the Ministry has imposed on most of our members is not an option for us.  We cannot secure the advertising revenue to support this way to publish…it simply does not work,” Mackenzie said. 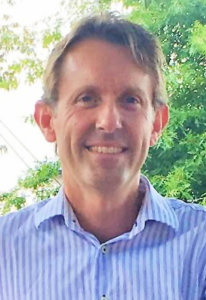 Mackenzie, who spoke during a four-hour committee hearing, noted that even after the ban on all community papers was lifted, the Government continued to ignore CNA members when placing Covid-19 advertisements, and instead showed favouritism towards foreign owned print and digital companies.

“We are being warned about fake news on social media… so stop supporting the platforms that distribute this,” he said. “Community newspapers have a much deeper engagement with their local communities than dailies.”

The CNA has 80 New Zealand owned mastheads producing newspapers all over the country. They are still banned from delivering in urban areas, though the move to Level 3 is expected to open the door to more deliveries.

He said his submission to the committee was “not just about getting community newspapers to be able to fully publish again”.

He said his submission to the committee was “not just about getting community newspapers to be able to fully publish again”.

“We need our advertisers operating again… it’s all very well being able to publish but without support from our local businesses we can’t publish.  Our local businesses need to know their local community newspaper is fighting for them and their business as well.

“We are an organisation made up of predominantly SME’s with on average 10 FTE staff working and located at each town the publication serves – right now none of our members are expecting our businesses to better than break even.”

He told the committee the CNA wanted to see all community newspapers publishing again.

“We need local businesses to survive, we need our local advertisers to have a reason to start advertising again,” he said.

He said any government financial assistance should apply to all New Zealand media – “not just a few big corporates whose balance sheets were challenged well before Covid-19”.

Hours before the Government announced its plans to revert to Lockdown Level 3, one of those corporates benefitting from Government advertising, Stuff, announced a supporter programme where readers could make financial contributions.

“From our perspective, we are here to serve our readers – and I am thinking particularly of elderly urban readers who have been isolated and missed their community newspapers during the lockdown – not ask them for money.”