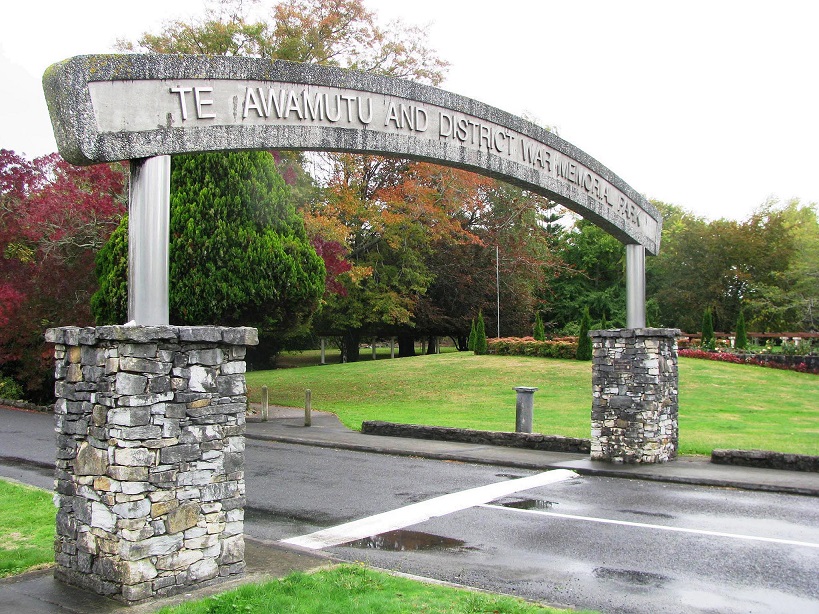 A concept plan for Te Awamutu’s 65-year-old War Memorial Park has sparked public debate before the Waipā District Council has looked at it.

The debate follows the tabling of the plan at last month’s meeting of the Te Awamutu Community Board, which favoured putting it out for public comment.

The plan suggests replacing the Te Awamutu and District War Memorial Park archway in favour of a new entrance and erecting a memorial feature in place of the existing peace fountain. Other suggestions include reinstating the three Mangaohoi Stream bridges, moving the amphitheatre and creating an educational and reflective gathering place.

The draft plan will go to Council’s Strategic Policy and Planning Committee on May 5 with a recommendation it be put out for public consultation.

When the Te Awamutu Region Community Grapevine Facebook page posted parts of the plan last week the majority of the almost 100 reactions and responses favoured of the status quo.

Marc Dawson, likely to give council one of its largest individual submissions against the proposed upgrade, told the News the report’s suggestions were an erosion of the original vision of the near 7ha park.

He believed the park needed repairs and maintenance, not an entirely new concept.

“We are really looking forward to receiving feedback and understanding people’s aspirations and preferences, prior to finalising the plan.”

Mr Dawson, who has lived in Te Awamutu all his life called the proposal a “cv-building exercise which over-looked the heritage of the park”.

“It doesn’t need a new concept – its concept is that the park in its entirety is a war memorial. We have to remember our heritage and our history.”

Te Awamutu Community board chair Ange Holt said nothing project-wise was a given yet.

The board had voted in favour of the document being put up for public comment – it had not voted on whether or not it supported the concept.

“As a board, we are here to listen to the voice of the community.

“When the draft plan does go out for public consultation, as a board we will look to ensure that not only will the public’s voice be heard and listened to, but that people know how to use the proper channels to make that voice heard.”

She believed it was possible to upgrade the park while upholding and respecting its history.

Te Awamutu RSA president and district councillor Lou Brown sympathised with Mr Dawson’s concerns and agreed it was important to honour the park’s heritage and history.

But he was also open to change.

“Memorial Park is a key location where we commemorate Anzac Day in town every year and of course we will always value it.

“It’s vitally important, but I am also mindful that as a society in general we need to grow, develop and progress.”

“We are really looking forward to receiving feedback and understanding people’s aspirations and preferences, prior to finalising the plan,” she said.