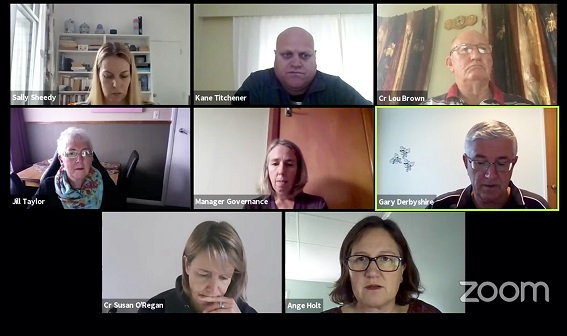 Te Awamutu Community Board is switching on to the use of technology.

And the success of a first-time foray into online meetings at its April gathering might have put further, future use of technology in the frame.

And like her Council counterparts, board chair Ange Holt told the News following the board’s April meeting on Zoom last week she was impressed by the opportunities the platform afforded them.

The board had previously held a workshop via Zoom, but last week was the first full online meeting.
It was also live streamed on YouTube.

“Essentially it means that as a board we are able to keep meeting and functioning, making decisions and meeting deadlines, even though we aren’t able to meet together in person.”

In board spheres, she could see scope for future technology use.

Some other councils and community boards were using technological and live-streaming capabilities and if Waipā District Council decided to go down that road she was open to it.

She added that when meetings returned to the Council chamber, a positive of them being either live-streamed or broadcast would be that board members unable to attend in person could essentially watch online and be “remotely part of things”.

After a few initial adjustments to the intricacies of Zoom, such as requesting members raise their hands so she could see them if they had something to contribute, the meeting unfolded glitch free.