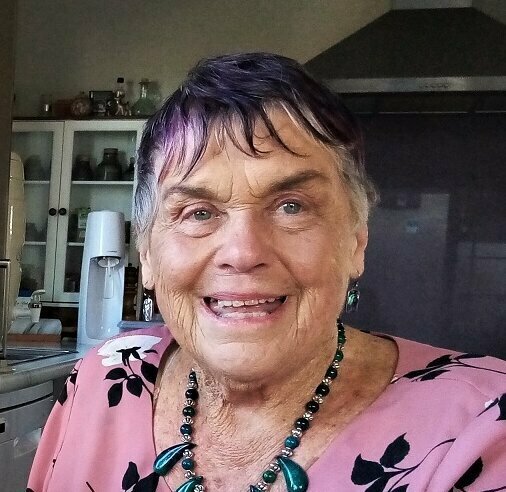 For all the service that led to Hazel Barnes’ Queen’s Service Medal, it is something much more personal that makes her heart swell with pride.

Raising three children single-handedly and enjoying their success in life has been her richest reward, she says, particularly as much of it happened while she was toiling through the decades of work that saw her awarded a QSM in the 2020 Queen’s Birthday Honours list.

Hazel learned of her honour around a week before it was announced on June 1.  Was it a shock?  “Oh gosh yes!  And now, going through the process of talking about it, I realise it adds up to something quite staggering. I never thought of it that way before.”

The Waipā district councillor, JP and current president of Te Awamutu Grey Power, was awarded the honour for service to local government and the community.

That’s a very small nutshell for a lifetime of commitment to others, one that started as the second of five children born at Arapuni Hospital to a farming family. She rode eight kilometres to and from school, 19km each way when she played hockey in Hamilton; she toiled on the farm after school and learned about ‘doing things for others’ from her mother.

Hazel’s first brush with righting life’s wrongs came when as a student nurse at Waikato Hospital, she stood up to the matron for the abolishment of a nightly habit that left students exhausted by their 6am start.

“There was a ‘night snoop’ who banged open the doors and shone a light in our eyes to see if we were asleep. At the end of it, the matron agreed to stop the practice. I realised then that if you approached things properly and reasonably, you could make changes.”

After gaining her registration a 21-year-old Hazel worked overseas, until a particularly bleak spell of English weather informed her decision to return.

She and her then partner hitch-hiked and rode a Vespa through Europe, taking in Iran and Iraq, Afghanistan, Pakistan and India. In what was then still Ceylon, they boarded a ship to Perth and hitched across the Nullarbor Plain to Sydney, then on to New Zealand.

It took around six months, partly because Hazel worked with the World Health Organisation on mosquito prevention measures in Greek and Turkish villages. She credits those months with “giving me the steel rod in my back”.

Once home, Hazel worked in Hamilton, married and had her three children. After her husband died at just 41, she chose a more rural lifestyle.

It was some 24 years ago that she came to Te Awamutu, not long after she stood for the Waikato Area Health Board, principally because she believed more could be done in the area of Māori health.

She re-trained as a medical social worker, and it was in that environment, one that blended health and community, that she found her niche.

Hazel rose above the gender discrimination of her day to make her mark. She helped turn the Kihikihi Domain from a ‘cow paddock’ into an award-winning equestrian centre; she helped teenaged mums adopting out their babies avoid mental health problems by carving out a gentler system; she spearheaded the revitalisation of Kihikihi and fought for more community involvement in public health decisions.

She was a founding member of the Waikato Asthma Society, was involved in the Waikato Counterstroke organisation, the Waikato Equestrian Centre, and the Hamilton Rehabilitation Association; was a trustee of Trust Bank Waikato Community Trust, and a voluntary marriage celebrant.

Hazel spent six years on the Te Awamutu Community Board, the last three in the chair, and joined the Waipā District Council 17 years ago. She’s still a councillor, and is musing on a return to the Community Board at the next elections.

Waipā district mayor Jim Mylchreest was fulsome in his praise of Hazel. “The amount of service that you have given over the years, not only from a council perspective, but also to your entire community, is absolutely huge. Congratulations, and thank you for all you’ve done.”