Has it had enough thought? 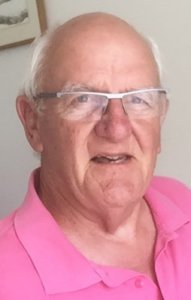 Opinion – The Age of Reason – By Peter Carr.

It is a rare occasion that an Act of Parliament, properly constituted by our elected parliamentarians, carries with it a codicil that requires sign-off from the population at large. And that such sign-off, by way of a referendum, can achieve positive status with only a single vote across several million people. Looking back over history countries, including New Zealand, went to war without the general population being consulted – yet alone formally agreeing.

But the times are changing and strong governments, in this blighted MMP society, are hard to find. Incidentally MMP came into being with only 54 per cent of the voters in favour. In this era of poor voter turnout, hardly a resounding and fair decision.

The formal discussion that preceded this Act in pre-referendum final form in 2019 was not the first to grace these shores. Back in 2012 there was an attempt to discuss this on the floor of the House but the MP responsible for this ballot-driven vote lost her seat prior to the discussion getting serious. Eventually the Labour Party withdrew it from proceedings claiming that it was cluttering up the parliamentary programme. Eventually one brave and very singular MP, on the strength of his sweetheart deal with National in Epsom, managed to kick-start the process, changed the title of the Bill and entered it into the ballot system in 2015. Luckily for him it emerged rabbit-like from the hat two years later and over the next 23 months staggered through the due process.

The Bill had four votes on the floor. The usual three was increased due to the vote as to desiring a referendum after the second reading. The minor parties remained steadfast throughout being 100 per cent in favour. However through the long gestation period both National and Labour started weakening their stand for ‘For’ towards – but not numerically achieving – ‘Against’. A fair-minded person might postulate that votes (parliamentary or referenda) of such a serious nature should carry a requisite positive vote of 75 per cent.

But this was democracy at work as our current statutes demand. Lest we are not clear the case for assisted dying is on matters physical. Predominantly mentally linked cases of seriously unwell people do not qualify for consideration. Yet we see (and here is where I get into hot water) ample evidence of people with mentally driven very poor quality of life who might welcome a blessed release.

Has this been thought through sufficiently? Is the simple majority vote of sufficient gravity to bring this important issue to finality? To what extent are the wishes of one’s family considered when two medical practitioners accede to the request of the physically ill person who is sound of mind? Around the world there are examples of (mainly) western-leaning countries where the debate has taken place and positive solutions reached but two of the leading parts of those groups – UK and USA – forbid the practice. And to put it not too finely, when does euthanasia become physician-assisted suicide? Two states in Australia have this provision. And further when does passive euthanasia (the removal of artificial life support) become active – being the result of this Act under current referendum consideration. Finally where does the medical profession’s adherence to the Hippocratic Oath reside?

I imagine that many families may be debating this matter currently. For those of us ‘of an age’ where generally we have well exceeded the life span of our parents this subject is closer to the mark than previously. I am still not convinced that as a public we have covered off this matter to enough depth and a simple Yes / No tick next month may well not be the result that we need – or at least deserve.