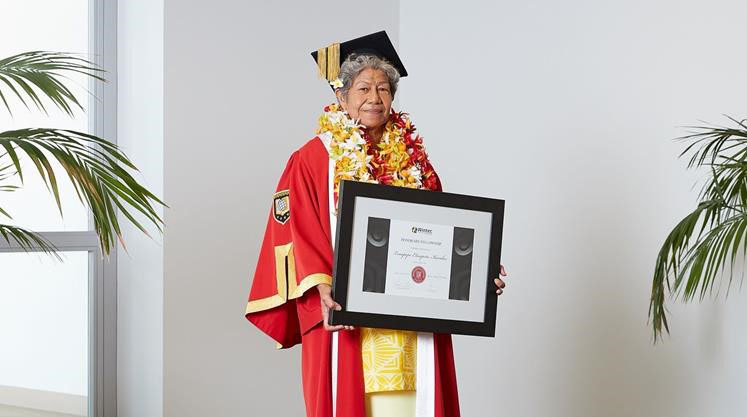 The scholarships are named after former Wintec tutor Peta Karalus.

Four new health study scholarships for Pasifika students have been announced by Wintec.

They cover tuition fees for the duration of the degree and have an approximate value of $30,000 a year.

Wintec Chief Executive David Christiansen said the scholarships are part of a wider commitment to building more opportunities for current, and potential, Māori and Pasifika learners.

The first four Leaupepe Elisapeta (Peta) Karalus scholarships will be awarded in late January next year, and applications are open until January 22.

Peta Karalus said there was a serious lack of Pasifika peoples across all health and social practice occupations, “which means that ultimately Pasifika people continue to have poor health outcomes”.

“These scholarships will contribute immensely to increasing Pasifika representation in these areas.