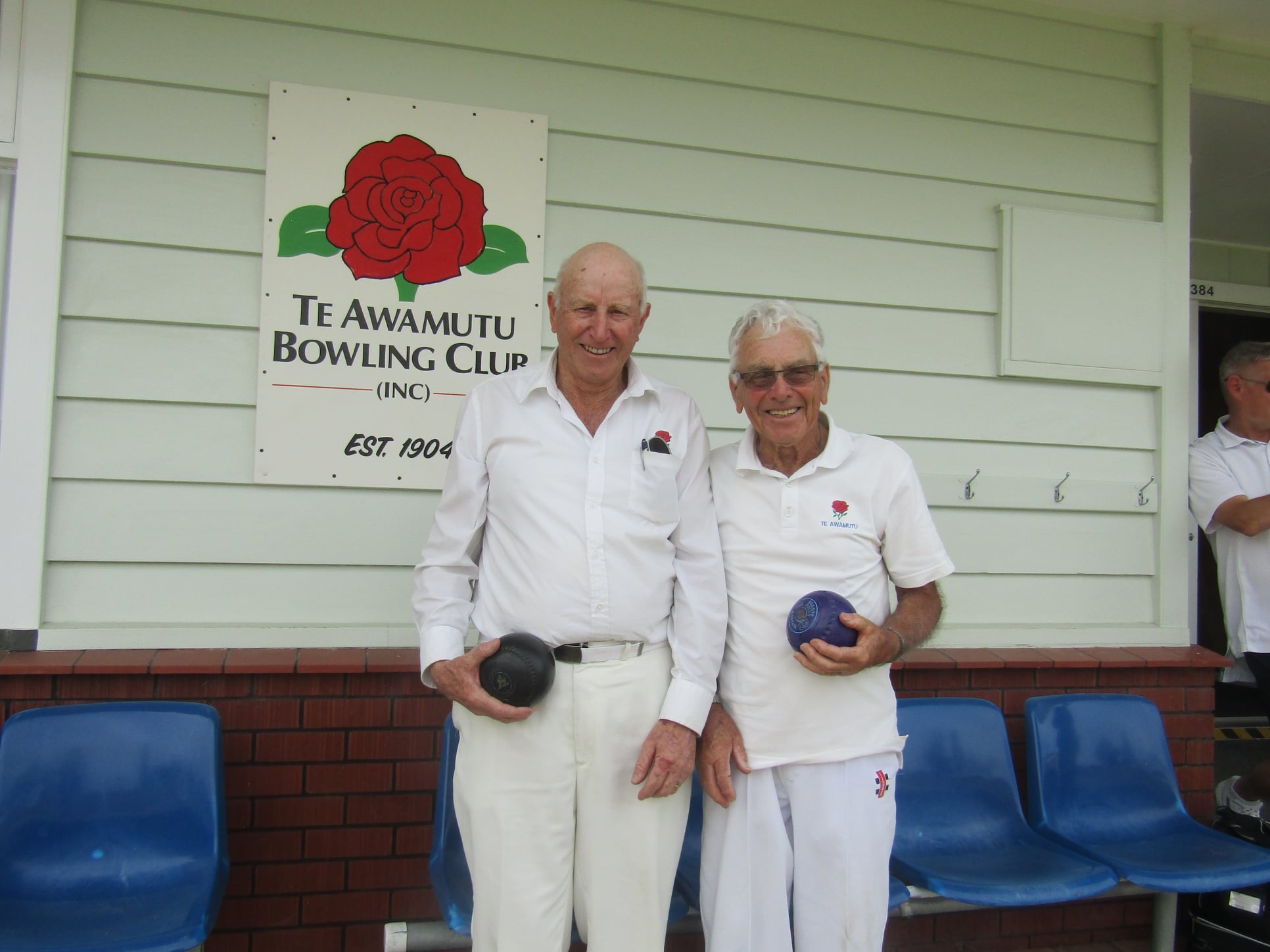 Jock’s enjoyed his share of club successes in 45 years playing the game – he spent 20 years as a member of the Cambridge Club and switched to Te Awamutu four years ago.

He’s spent the past three years trying his luck in the club pairs with Terry Young and had plenty to celebrate on Sunday evening when his family joined hm for a celebratory birthday dinner.

“People ask me when I’ll give up bowling,” Jock says. “I tell them: when I can’t stand up anymore”.

Jock is quick to point out he made an unconventional arrival to New Zealand from Scotland – he jumped ship in Wellington in 1954. He settled in New Zealand, had a family and with his paperwork put in order, spent 27 years managing a farm in Wairarapa.

The veteran bowler and his partner ran away with Sunday’s final, leaving Brett Denton and Bruce McGill in their wake after scoring on 11 of the opening 13 ends.

When the margin reached 17-5 after 15, Denton and McGill conceded.

The two day series produced seven qualifiers from 14 entries and the semis produced a stirring fightback by Denton and McGill who over came Chen Naude and Richard Death after being seven down with eight ends played.

In the other semifinal Sinclair and Young beat Kerry McDermont and Clark Ambury 20-14 in a match sealed with a three on the 18th end.

“People ask me when I’ll give up bowling,” Jock says. “I tell them: when I can’t stand up anymore”.