Kingi Tuheitia leads the way through the manuka palisade fence at the
conclusion of the unveilings.

An unveiling of three pou and a waharoa has commemorated the death of an estimated 1500 Māori during a siege almost 200 years ago.

The carvings are the work of Māori artist James Webster and  a team of carvers, developed in collaboration between Pūrekireki Marae, Te Rūnanganui o Ngāti Hikairo and Waipā District Council.

The installation took place under the guidance of local kaumātua.

In May 1822, Mātakitaki Pā was invaded by Northland iwi under the Ngā Puhi chief Hongi Hika. 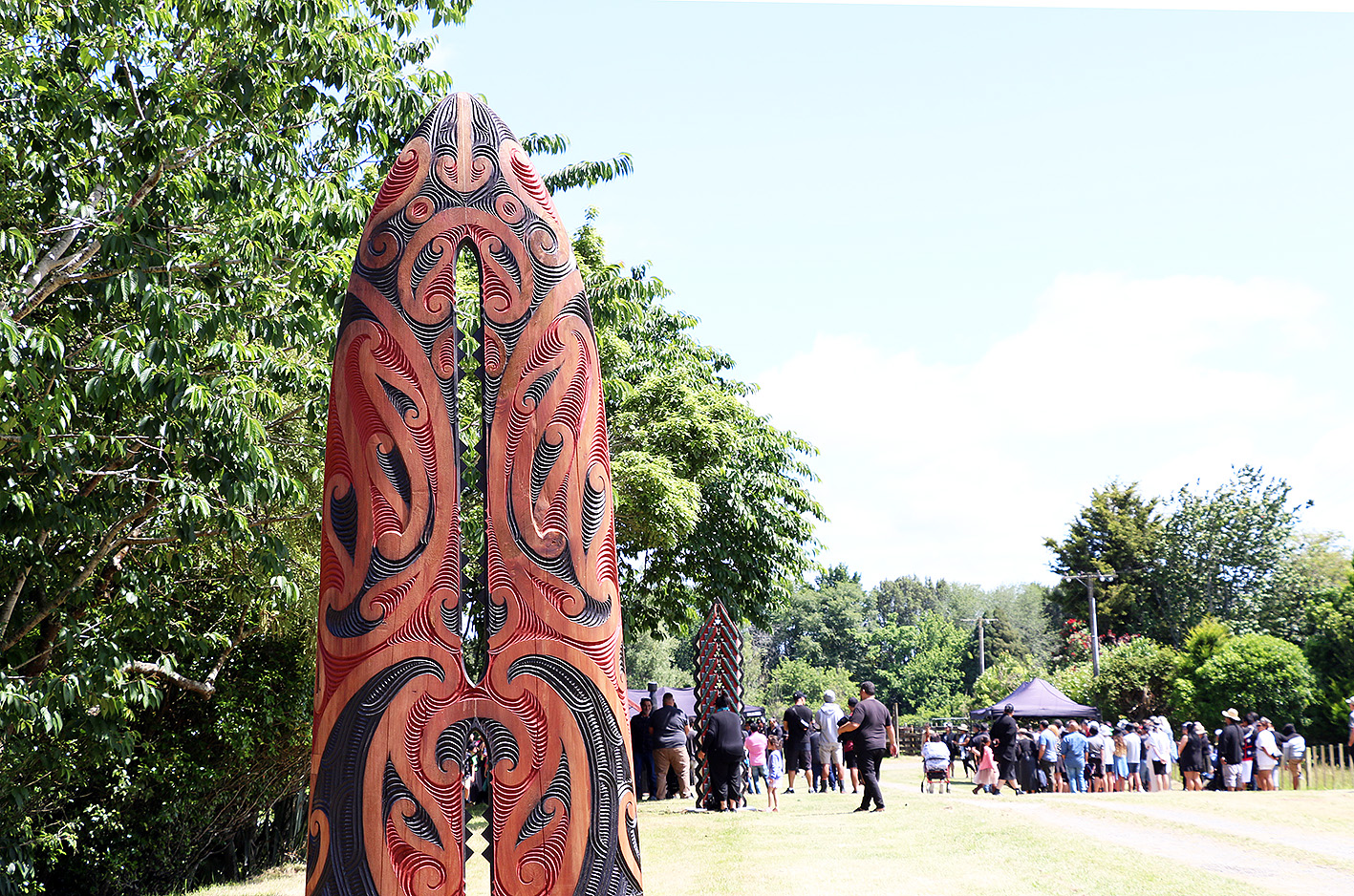 The first of the three pou unveiled last week.

The pā, a place of refuge, was overwhelmed by Hongi Hika and musket-bearing warriors who laid siege to the fortified settlement.

A commemorative plinth at the site report it as “The site of Matakitaki Pa taken in 1822 by Ngapuhi from the Waikato tribes when the musket overcame the mere”.

Council’s iwi relations advisor Shane Te Ruki said it was important to remember the event and the impact it made on the people who lived and died at Mātakitaki 198 years ago.

“Mātakitaki is a place of great cultural significance to the local hapū and iwi. It was there that the dark spectre of musket warfare cast its shadow for the first time in the Waipā.”

“Mātakitaki is significant to the descendants of local hapū and iwi,” Te Ruki said. 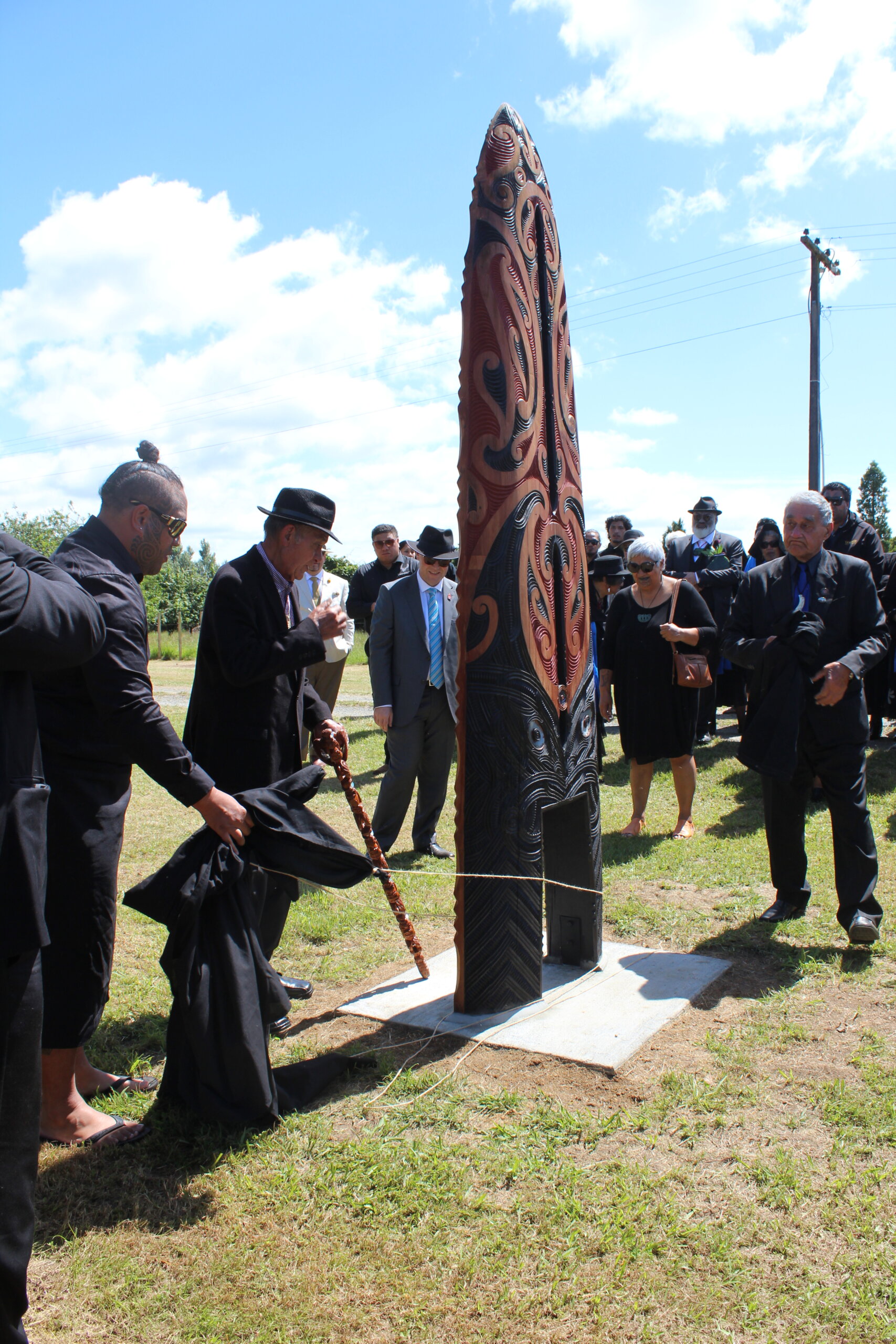 “It stirs the souls of the iwi of Tainui and dilates the hearts of the descendants of the northern musket bearers.”

He said the dedication enabled the sharing of stories, contemplative moments, tears and the strengthening of relationships between the tribes and the connections between all who attended.

“It is an important milestone in the ongoing work being done to commemorate events that brought monumental change to tribal life.” The waharoa, which stands at the entrance to Mātakitaki, forms the shape of a rūrū as a kaitiaki (guardian) of the surrounding lands.

The three carved pou represent the three adjoining pā – Mātakitaki, Tauranga Kohia and Puketutu, located on a peninsula formed by the Waipā River and its tributary the Mangapiko.

Mātakitaki is wāhi tapu and features in the New Zealand Heritage List/Rārangi Kōrero.