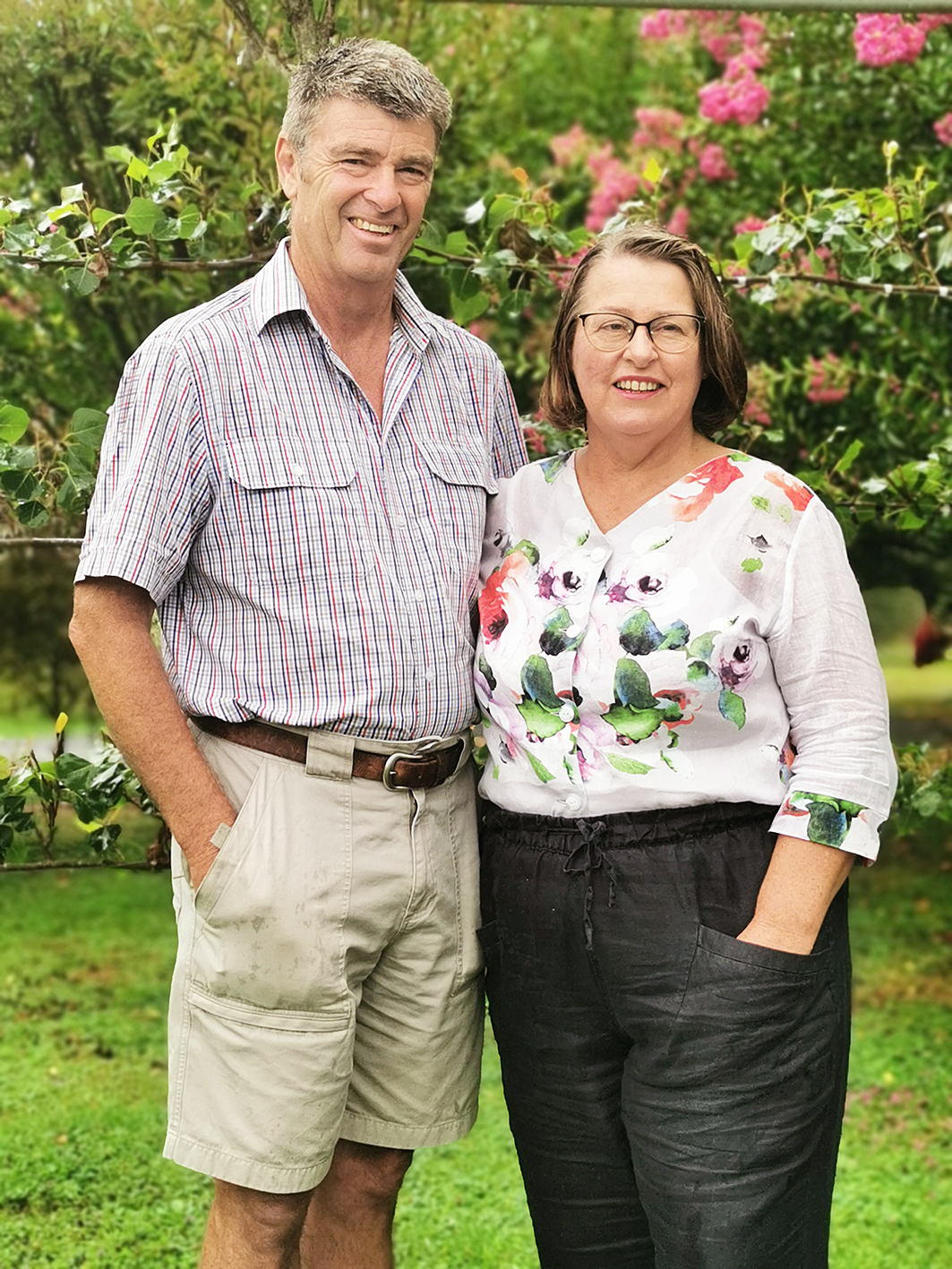 Chris and Bev Gatenby are developing a new indoor venue.

Set in three leafy hectares in the tranquil Waikato countryside, Ōhaupō TreeChurch and Gardens is a far cry from the fast-paced corporate world Bev and Chris Gatenby once inhabited.

But after taking stock of their lives following lockdown, the couple decided a lifestyle change might just be their cup of tea.

So last August they bought the well known Waikato property – a popular wedding venue which has a living tree chapel as its centrepiece – from owner and creator Barry Cox.

“We had been thinking a lot about what kind of difference we wanted to make in the world and we just decided on many levels this was a lovely thing to offer,” said Bev, a former Trust Waikato Chief Executive who has spent the past five years working as a consultant for local government and charities.

Not that it was an easy decision.

Chris, a former rural banker and real estate agent who had worked in the gardens part-time for Barry for four years, was initially reluctant.

“I knew it would be pretty full-on and I wondered if we were ready for such a big commitment,” he said.

“But Barry really wanted us to take it on and we wanted the public to continue having access to it because it’s such a beautiful, serene place.  So we sat down and had a really open discussion with him and decided we could make it work.”

Now, the couple’s focus is on honouring Barry’s legacy while branching out in new directions.

Work is about to start on renovating an old, two-storey barn, which is being transformed into an indoor venue for workshops, retreats and small conferences.  This will have two accommodation rooms attached. A new spring meadow garden is also being created in an undeveloped area of the property where a small stream meanders past a kauri grove and an existing stand of Awanui cherry blossom trees.  Another 25 Mt Fuji blossom trees have been planted, and more natives will be added.

“It’s really neat to see people enjoying the place and seeing the look of wow on their faces.”

Bev said the gardens, which include a labyrinth, European and English inspired collections, a Monet-style pond and perennial flower gardens, would continue to be open for weddings and groups by appointment.

They are also open  from 10am-4pm on Sundays for an admission fee.