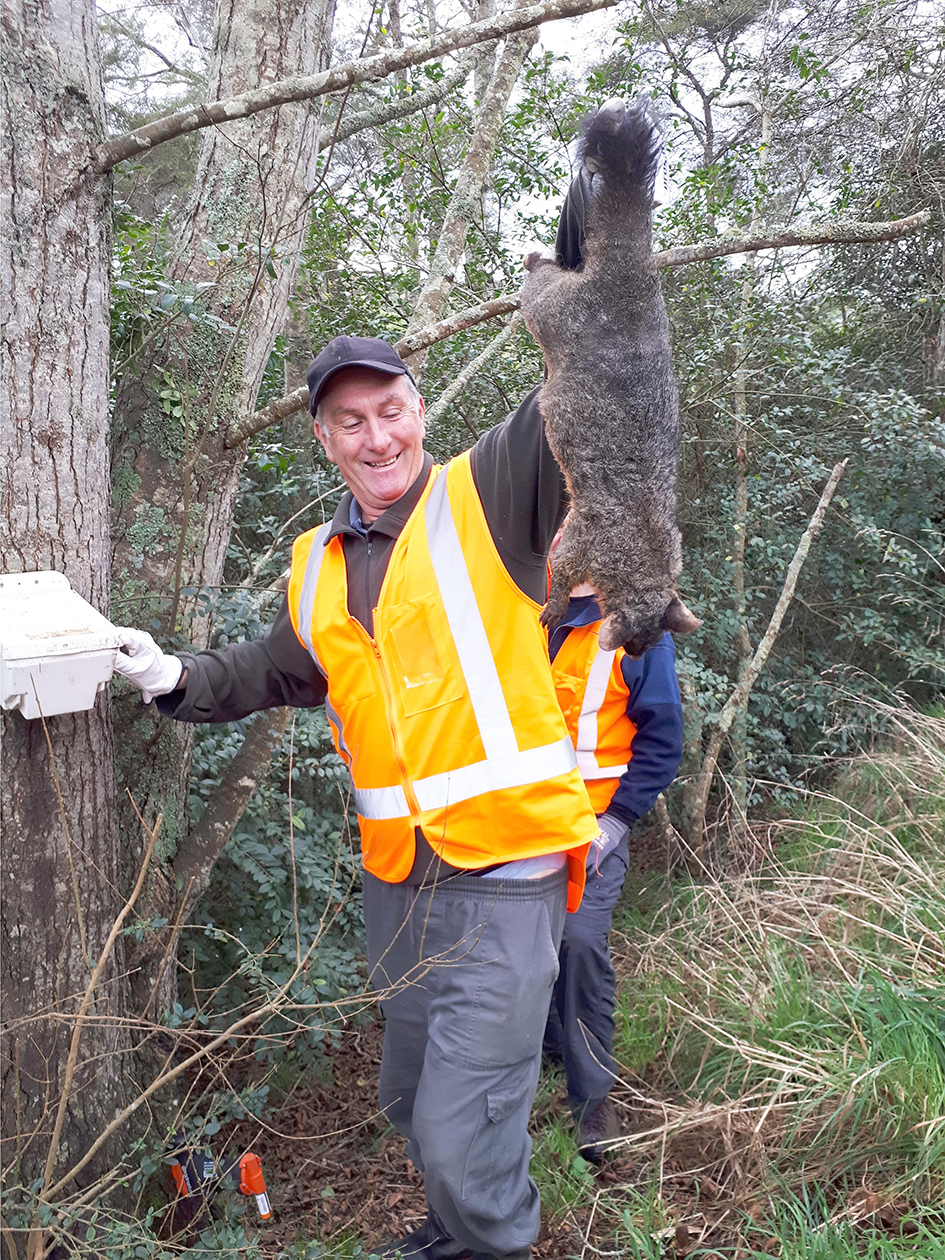 The next phase of Predator-Free Mystery Creek has been launched   by the New Zealand National Fieldays Society (NZNFS).

The information evening last week was designed to kickstart a wider movement to extend predator control into the surrounding community.

The initiative links other protection groups, including both Predator-Free Hamilton and Cambridge, to form the Predator-Free Mystery Creek Community Hub. The idea is to collaborate with neighbours, local iwi, businesses and schools to educate and support the control of predatory species, particularly rats, possums and stoats, across Mystery Creek’s 114-hectares and beyond.

It is supported by DOC and the Waikato Regional Council (WR­­C), with the NZNFS having secured funding from the WRC’s Environmental Initiatives Fund to run the Hub over the next two years.

Society CEO Peter Nation, who was not able to attend the information evening, said recently that conservation and protection had been a focus for the Society over the past year.  The Hub will provide predator traps for its neighbours and offer ongoing support and training days.  “We would like to see this as a place where in the future, schools can visit and learn more, with a focus on science and innovation in the environmental space.”

He said critically endangered long-tail bats and long-finned eels lived at Mystery Creek and on neighbouring properties, and kaka were often seen.

“The Hub is designed not only to protect these species, but to encourage the wider community to get involved in predator trapping,” he said. “The Society is well connected with extensive networks. This initiative will give us the opportunity to leverage these relationships to champion conservation and protection in the greater Waikato region.”

Karen Barlow, Predator Control Community Co-ordinator with Predator-Free Hamilton told guests the region’s unique fauna was facing ‘catastrophic consequences’ due to the relatively rapid influx of predatory species, introduced over too short a period to enable endemic species to evolve naturally to the point where they could combat the onslaught. “These native species have quite simply been overwhelmed and haven’t had enough time to adapt.”

She said everyone needed to ‘do their bit’ to help. “We cannot rely on understaffed and under-funded government departments to take it on. We all need to get involved.”

Karen described Predator-Free Mystery Creek as Janine Monk’s ‘brainchild’, and said it offered hope by trapping the worst of the pest species.  The traps used killed humanely and did not use toxins, reducing the risk to other species.

In just over a year, more than 250 pests were caught in 75 traps placed around Mystery Creek and serviced weekly by community volunteers. The catch included about 140 possums, some 80 rats, 53 hedgehogs and two mustelids.  The team uses the Trap.NZ Appto record catches for each trap, enabling them to keep track of where pests congregate.

The next step in expanding the Community Hub is to run training sessions, intended to show volunteers from neighbouring properties how to build tunnel boxes, use and clear traps and record data.  An initial series of workshops planned for late February was postponed due to the latest Covid-19 restrictions.

Karen Richardson spoke about Project Echo, a collaboration linking the Waikato Regional Council, Waikato University and other partners in advocating for awareness around the threatened long-tailed bats, said predation was behind their numbers dropping more than 30 percent in 10 years. Part of her talk addressed the importance of conservationists protecting roost sites and putting in ‘bat boxes’ to aid their survival.

More information on Predator-Free Mystery Creek is available from their Facebook page.