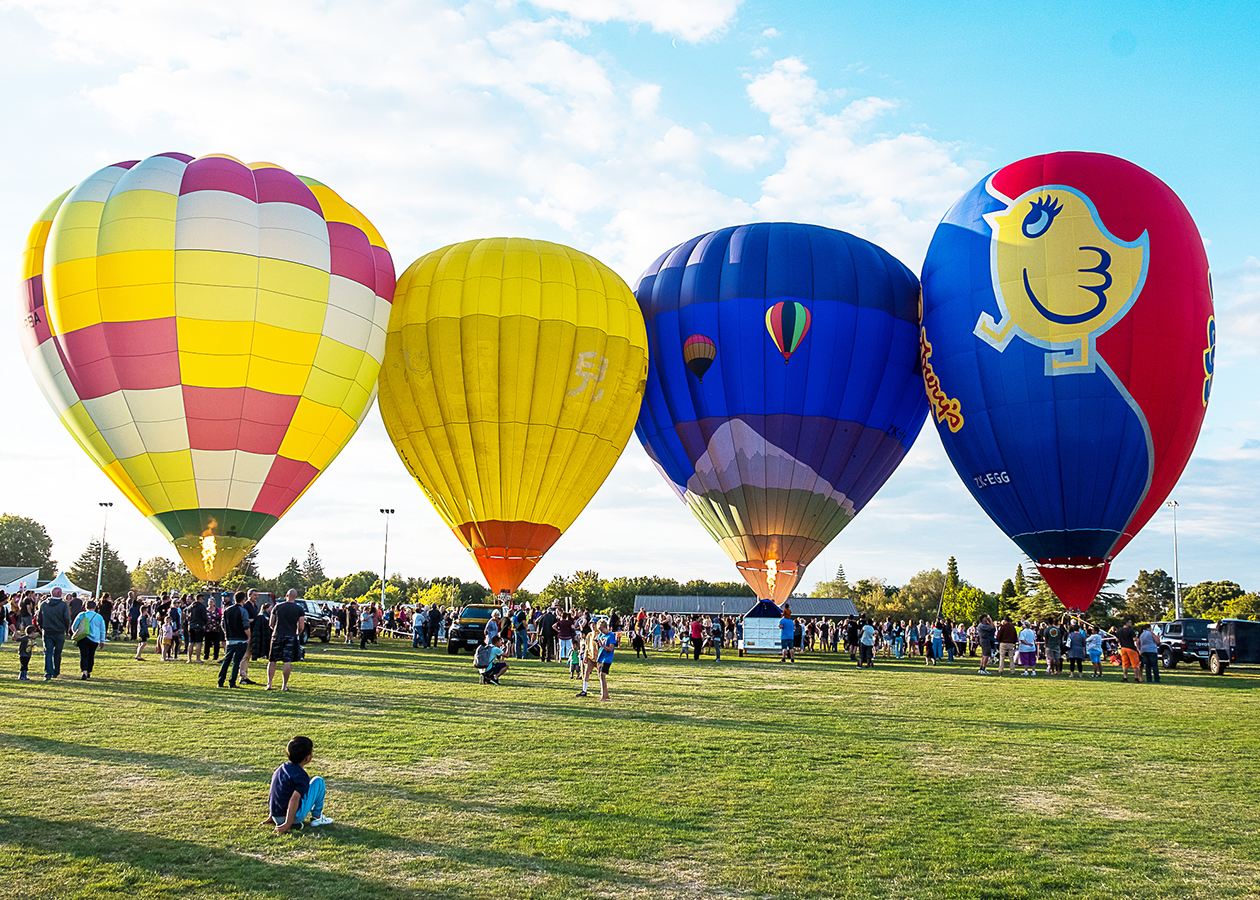 Four in a row

The Balloons over Waikato returned to Waipā after a Covid enforced absence to enthral hundreds in Te Awamutu’s Albert Park Friday 19.

A five day event culminated in what has become a traditional fireworks display at the University of Waikato.

The balloons have been a regular for many years on the Waikato calendar and have previously visited Cambridge, but this was their first such venture to Te Awamutu. One the inside: this great show was among several sent to the News by the Te Awamutu Camera Club

The Waipā District Council recorded the event as a big success.

Aside from the balloon show and the chance to walk inside one, there was dancing to the live music, food stalls, face painting and the amusement rides. Goodwood School, Fencourt, celebrated winning a competition for a balloon visit. How much longer? Young Winnie Gaines, with Alexandra Shaw, were in the queue to walk inside a ballon

Members of the Te Awamtu Camera Club were on hand to snap shots for the News.