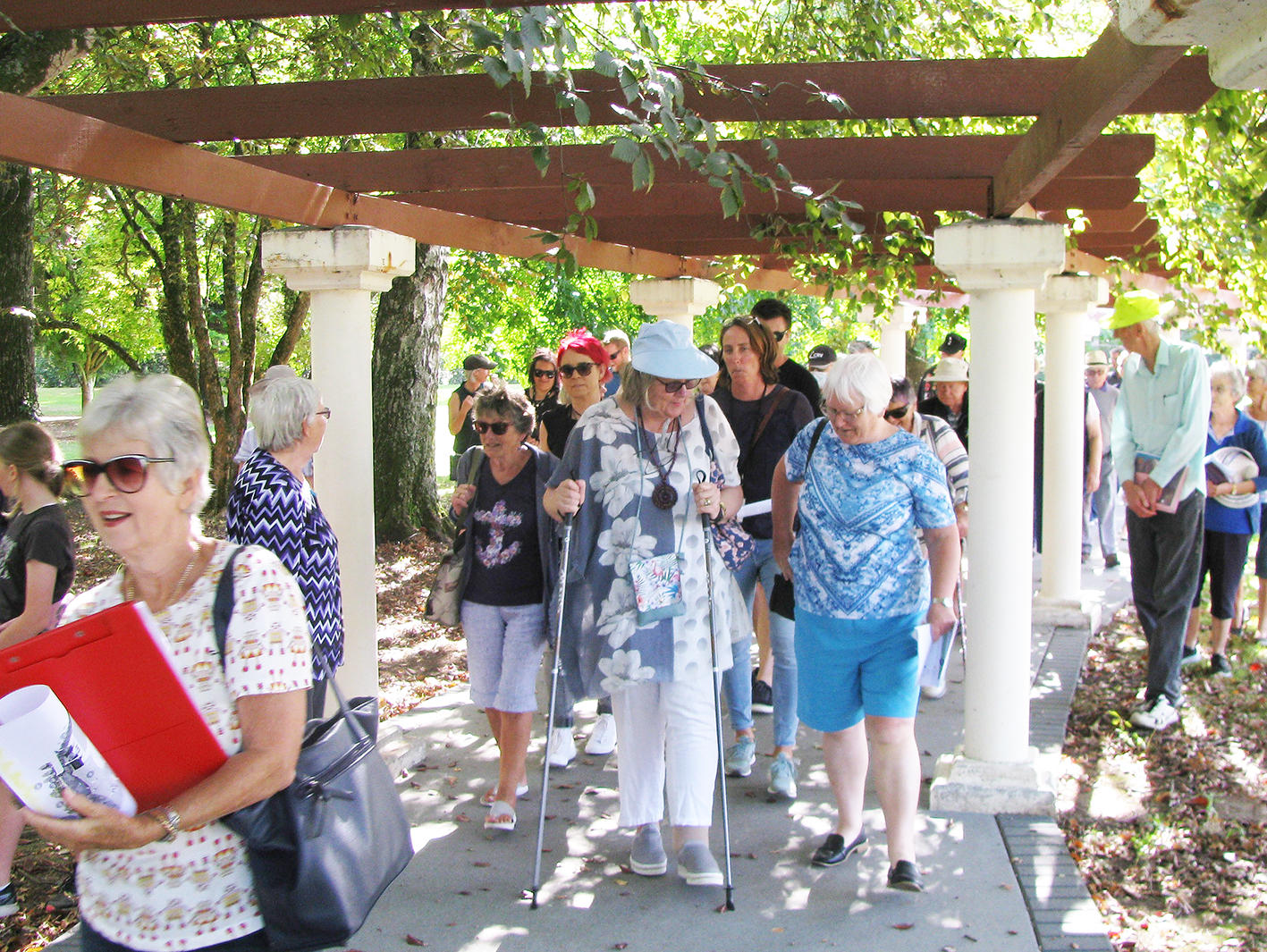 A tour of a park has brought up questions from about the future of a Te Awamutu landmark.

Waipā District Council hosted a tour of Te Awamutu’s Memorial Park on Saturday and about 50 residents explored the grounds and discussed changes proposed in the district plan.

There was vocal opposition to aspects of the draft plan when it was initially released just under a year ago.

Council staff recommended then produced a revised plan after 517 submissions were considered during an extended eight week consultation in the middle of last year.

Proposals to remove or move some features, including and the park pond have been reviewed.

Other changes to the initial plan include retaining one-way vehicle access through the park with an adjacent cycleway, keeping the Mutu Street gateway entrance, replacing the existing ageing playground with a standard playground and developing a new māra hūpara play trail on the other side of the Mangaohoi Stream.

Low rainfall, stream bank erosion and poor water quality have plagued the park in recent years, drawing criticism from the community that there has been a lack of maintenance.

A council spokesperson said that most of the group that attended were against making any major changes to the grounds but said that discussions during the tour were productive.

Marcus Dawson, who represents the War Memorial Maintenance Committee opposes much of the thrust of the changes proposed, said the revised plan still fails to recognise the memorial legacy created to honour those who never returned from service in WW2.

“Their legacy is our heritage to cherish, not to re-concept,” he said.

“This amended draft plan, like the ones preceding it, have no acknowledgement for the planned, built and dedicated concept of our novel, artistic and symbolic memorial.”

The draft concept plan will be presented to Council’s Strategic Planning and Policy Committee meeting next Tuesday when  councillors will make the decision to recommend the plan change or leave the park as is with continued maintenance.