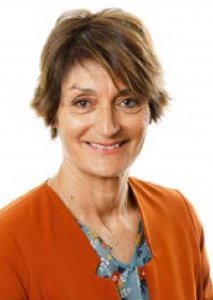 Tributes have flowed for a former Silver Fern with close ties to Cambridge and Te Awamutu who died this week.

Margaret Forsyth, 59, held many coaching positions over the years, including head coach of Waikato Bay of Plenty Magic in 2017 and 2018, assistant coach of the Fast5 Ferns in 2017 and the NZA team in 2016.

She was also a sitting Hamilton City Councillor and had been on leave for the past three weeks to manage health challenges.

Fellow councillors led by Mayor Paula Southgate paid tributes to Forsyth, who “was an outstanding role model for young women in particular”.

She was married to Cambridge lawyer Brian Nabbs who died in January last year.

Her son Thomas aka ‘Nabbsie’ is the Founder/Director of The WaterBoy, an organisation which started after a conversation with Leamington Primary School teacher, Fraser Quinn. It makes participation in sport and physical activities an achievable option for every Kiwi.

Forsyth was born in Hamilton she was selected for the Silver Ferns in 1979 at the age of 17 while a pupil at Hillcrest High School.

She went on to earn 64 tests in a career that included three World Cup appearances and two titles in 1979 and 1987.
Forsyth was made an Officer of the New Zealand Order of Merit (NZOM) for her services to netball and the community in the 2020 New Year’s Honours.

She is survived by three children Thomas, Jonathan, and Lucien and grandchild Rosie-Rae.

A celebration of her life will be held on Saturday at 3pm at St Paul’s Collegiate School Chapel, Hukanui Road, Hamilton.