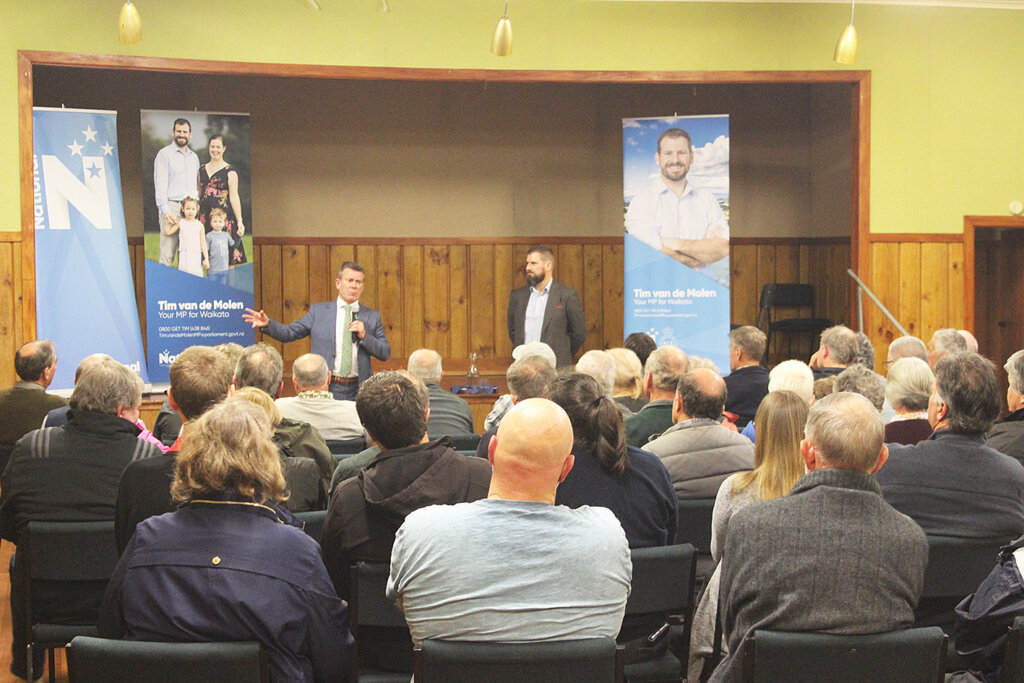 Residents around Karāpiro Piarere would support a toll road if that’s what it takes to get the Waikato expressway extended to the northern boundary of South Waikato.

A straw poll at a community meeting last Monday called to discuss the road illustrated many in the community would support a toll option.

After the idea was brought up by a number of members from the audience National’s spokesperson for transport Michael Woodhouse asked for a straw poll on who would be happy to have a toll system set up if it funded the much-wanted expressway extension.

This saw a majority of the 60 plus in the audience in favour of the idea.

The 16km southern extension to the expressway from Karāpiro to Piarere was shelved by the Government in 2017 and the decision has been constantly criticised by National.

It was seen as ways to get ideas from the community on how to get immediate road safety elements added to the road.

The Waikato MP said that things such as electronic speed signs and high-risk crash signs at most intersections along the road were the best option. Such signs are already in place at the Piarere intersection of highways 1 and 29.

But he noted while temporary fixes would make the road safer, the expressway would divert more inter-regional traffic, particularly heavy vehicles, off the existing road.

According to Waka Kotahi NZ Transport Agency stats 22,000 vehicles use the section of SH1 from the end of the Cambridge Expressway to the Piarere intersection each day. The number has doubled in six years and freight transport will continue to grow as the Ruakura Superhub feeds the port of Tauranga and vice versea.

“I was at that Piarere intersection a couple of months ago and despite the safety improvements, over the half an hour we were there we saw three near misses and a constant barrage of toots from drivers,” Mr Woodhouse said.

“The problem is that there needs to be a road that can withstand the amount of traffic that there is and the expected increase that is set to come.”

For Keith Roderick the only way to make the area safer would be to extend the expressway. He said he had lived in Karāpiro Village for 10 years and crashes along that stretch of SH1 were a regular occurrence.

“Every weekend it is the same sequence where you hear the sirens from the police and ambulance and then shortly after you hear the rescue helicopter going overhead,” he said.

“The number of accidents and deaths on that stretch is unnecessary and something needs to change.”

He said his wife was reluctant to attend Monday’s meeting because bad weather – it was raining heavily on the night – made turning south out of Karāpiro Village onto SH1 even more dangerous.

He said that it’s time for politicians to get moving on a system that would work and that they could deliver.

“We moved up here in the 80s and even back then we heard plans for the Cambridge bypass, and it was only finished five years ago, things need to move quicker.”