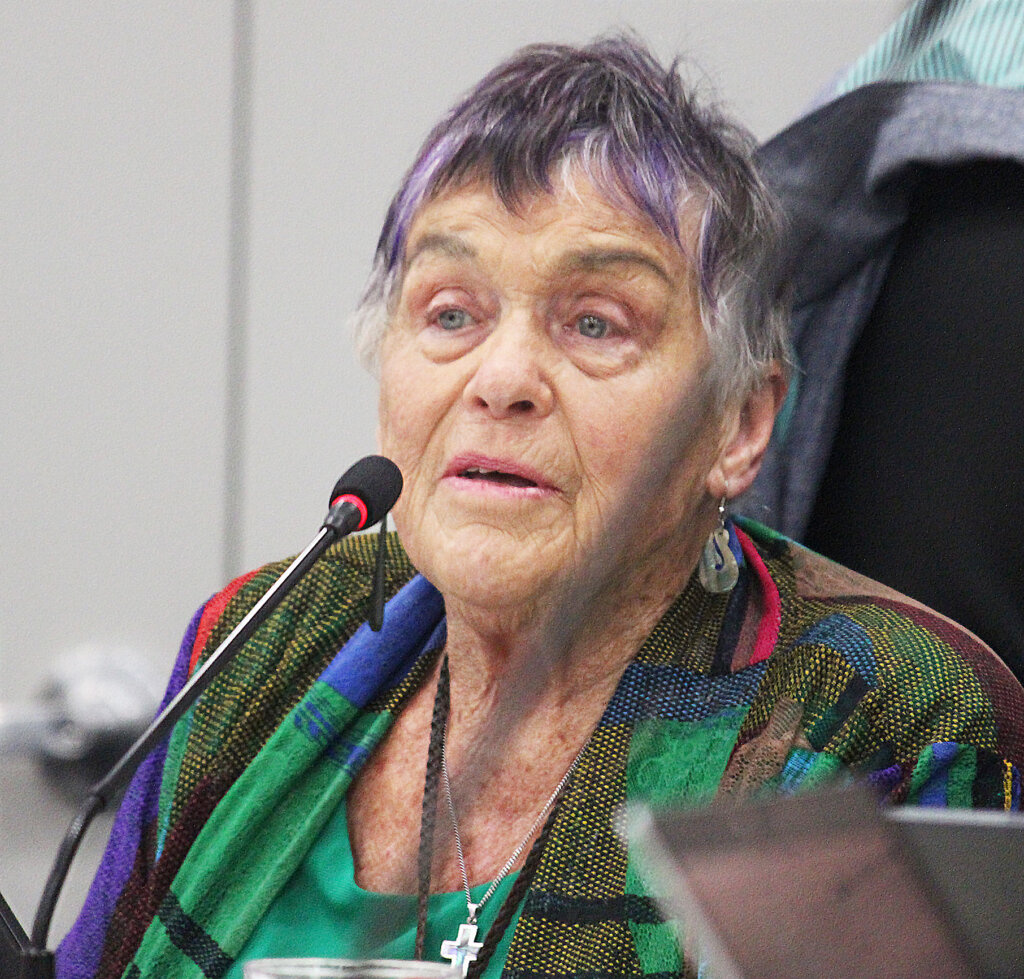 Hazel Barnes has spent almost two decades as a Waipā District Councillor – now she is planning to take on a different challenge.

The outspoken octogenarian, who revealed she planned ot stand down in 2022 last month, plans to stand for the Te Awamutu Community Board.

“I had been thinking about leaving for a little while now,” Hazel said.

“I actually realised that councils were starting to change their thinking and that the role was moving more into a management type of position and I’m not into that.

“I’m a people person and my interest is working with the people and the community, so I’ll try to get on the local community board because that’s the area and the work I want to be doing.”

She said that the change to council and how it works is necessary and the best way forward for the region but that it just wasn’t for her anymore.

“I’ve felt over my time I’ve been able to bring a view from our people’s eyes and keep a very important view on how certain decisions will impact the community.”

Over the last 30 years, Hazel has kept her connection with the community, making significant contributions to the Waipā community and helping revitalise her hometown of Kihikihi.

Upon her initial election, she established a committee of volunteers dedicated to reviving Kihikihi and her efforts have led to a variety of restoration projects in the town with Kihikihi Domain one of her proudest achievements.

“The work the community did to the Domain was amazing,” she said.

“Taking it from a cow paddock to the international equestrian centre we have now is quite an achievement especially when you consider the volunteer work that was put into it and the hundreds of thousands of dollars that council saved.”

Her work hasn’t gone unnoticed. She was awarded a Queen’s Service Medal last year for service to local government and the community. Her work hasn’t been limited to the Waipā region.

She also worked as a nurse for 13 years and as a social worker for 15 years.

And was an executive member of the Hamilton Rehabilitation Association for seven years and a Trustee of the Trust Bank Waikato Community Trust Board for four years.

On top of that she has also been an active Justice of the Peace for 29 years and is the current President of the Te Awamutu Grey Power organisation.

But for the second oldest of five children born at Arapuni Hospital to a farming family she feels that her life has been the impact for her work, whether from working with the older generation to young families and young mums.

Hazel lost her husband when he was just 41 – the couple had three children.

“I’ve worked in the community with all kinds of people and have really focused my work on those who need it and to be able to work directly with those in our community gives me great pleasure.”

Although Hazel would be 83 by the time her term ends at nexts year elections, she has no plans to slow down soon.

“Recently I had to stay home for a little bit for health reasons and the only thing I thought was that I would just go mad if I stayed doing this, so I have to keep going and don’t plan on stopping anytime soon.”