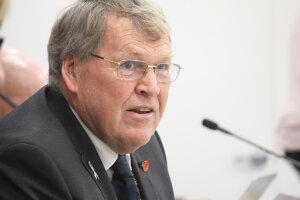 The number has already gone up by one with the addition of a Māori ward for 2022.

Such a formula would involve taking out one seat from all three – Cambridge now has five councillors, Te Awamutu four and the rural community four.

Fellow councillor Susan O’Regan has also told the News she believes the council numbers should be reduced.

Mr Mylchreest said with the addition of the Maori ward, council must look at its numbers and reconsider its structure before the next election instead of in 2024 when its next review is scheduled.

Waipa has previously increased its number to fit the complicated calculations required under the Local Electoral Act.

At the last representation review in 2018 an additional councillor was added to account for the population increase in Cambridge.

Mr Mylchreest said council could have reduced the number of councillors across the district, but this would have meant significant changes to all ward boundaries.

He believed reducing numbers, and lifting the level of remuneration for councillors, may make it more attractive for people to stand for election.

“But in no way would it provide a liveable wage on its own.”

Jim Mylchreest said the downside to reducing the number of councillors was a proportionate loss of life experience around the decision-making table – and fewer councillors would have to work harder to represent their communities.