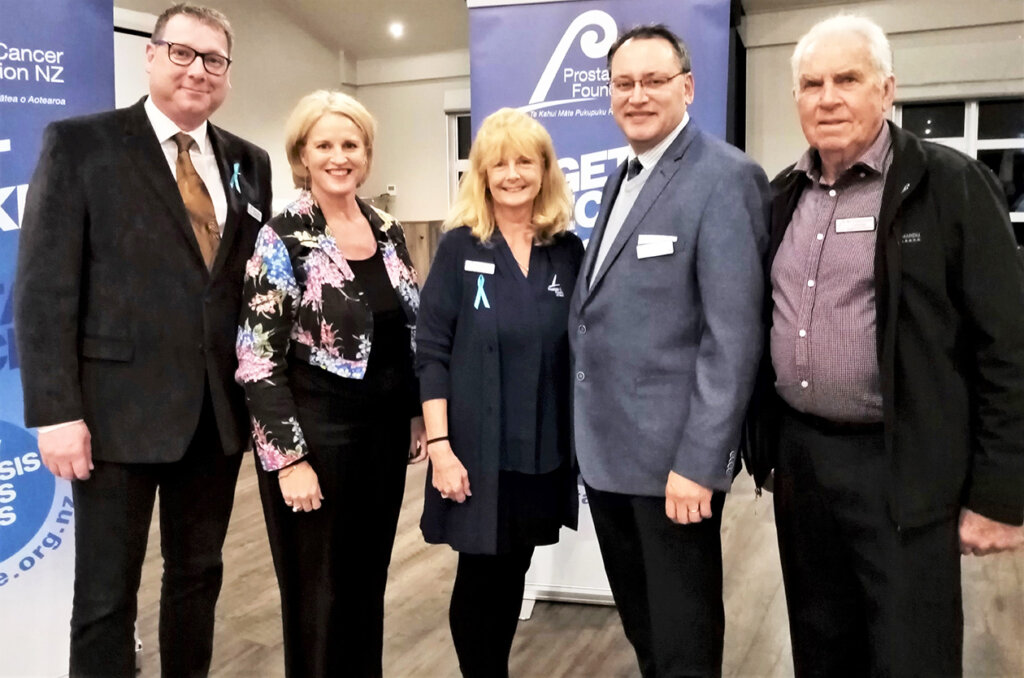 National Party deputy leader Dr Shane Reti says men battling prostate cancer should talk openly about it and it is time the disease was as much in the public eye as melanoma.

As well as holding the position of National Party deputy leader, Dr Reti is National’s spokesman for health and is a practising GP in Whangārei.

Attendees heard some startling facts around prostate cancer. It is the most common cancer among Kiwi men, with one in eight developing it in their lifetime. Ten are diagnosed daily and over 3500 diagnosed annually, putting it on a par with breast cancer diagnosis levels. Over 60 percent of prostate cancer survivors reported no symptoms at the time they were diagnosed. Testing for the disease is via an initial blood test (PSA test) and a digital rectal examination (DRE).

Dr Reti said all men over the age of 40 have a prostate that is enlarging as a natural process.  In most cases, it will continue doing that without causing problems, but in some, the prostate will become cancerous. The risk of that occurring is greater where close relatives have been diagnosed with prostate cancer.

Dr Reti urged men to be more proactive in talking about the disease.

“If you have a prostate story, tell other men about it. You’re doing them a favour.  It is also important to ask your doctor for a blood test as part of a regular check-up … it might save your life. We also need to advocate more proactively for education and funding around prostate cancer. Melanoma is in front of us all the time… we need to treat prostate cancer in the same way and give it more prominence.”

There should be increased lobbying for regular prostate cancer screening to be made available to every man in New Zealand over the age of 50, said Dr Reti.

“My recommendation would be for us to have a national screening programme for prostate cancer.  New Zealand has decided not to do that … part of the reason is cost efficiency. There are certain criteria to be met and the ministry keeps looking at it, but sometimes I have concerns that the cost efficiency part of it is trumping the other parts.”

He said other countries had a policy where there was a national screening programme for prostate cancer – some aimed at over-60s – and urged primary care doctors in New Zealand to petition government to introduce a similar programme here. “That is how we will achieve better outcomes.”