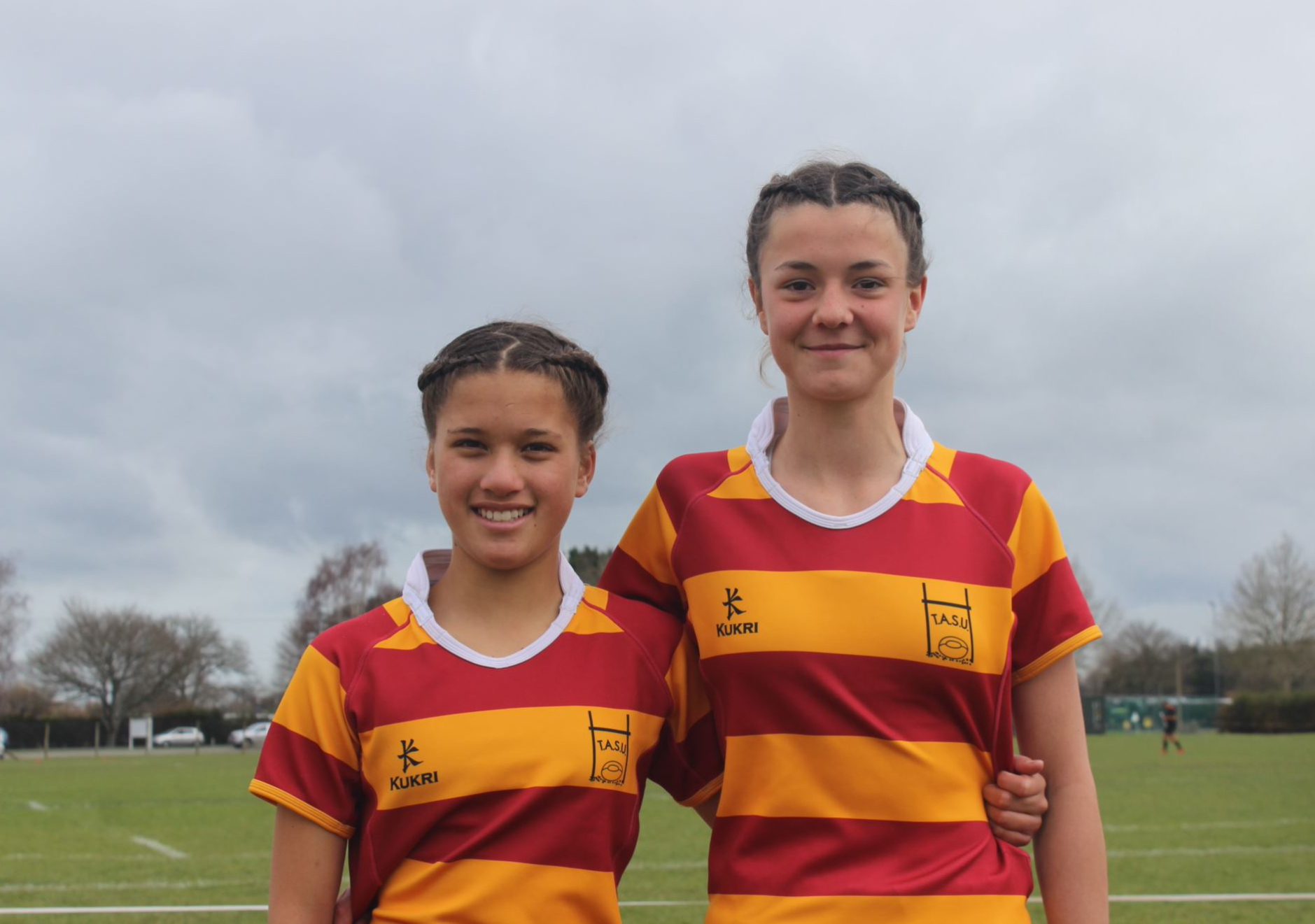 While the Gwynne Shield showed off the dazzling talent from some of the region’s next generation of rugby stars it’s the girls who have been showing what they can do as the women’s game continues to develop its future stars.

Twelve year old Addison Carruthers, from Ngāhinapōuri School and Ngamata Cullen, from Te Awamutu Intermediate, made the Te Awamutu squad for the tournament.

Both have grown up in rugby mad households, so it was only a matter of time before they joined the game.

“I was watching my brother at first and he inspired me to play rugby, so I joined a team at the Kihikihi club and started off from there,” Ngamata said.

“When I was younger, I played a bit of ripa-rugby and only this year stared getting back involved in it once again,” Addison said.

They don’t see any difference between themselves and the boys around them and just go out to enjoy the game.

Te Awamutu coach Aaron Leppard has been coaching children’s grade rugby for several years and said that the number of girls getting involved and their skill level have increased tremendously over the years.

“It’s awesome to see the growth in the sport and the number of girls coming through is amazing,” he said.

“And to have them mixed at this age it offers both boys and girls different skills they can learn off each other when they move to the next stage.”

But for him coaching both Ngamata and Addison has been a pleasure and he has already seen their talent and growth improve over the short time at the tournament.

“I’ve always had girls in the teams I’ve coached and these girls, like so many are tough, if not tougher than many of the boys out here and to be honest at this they are easier to coach because they listen better compared to the boys,” he joked.

“But these girls have incredible talent and watching them on the field now because when they play at college and further in all girls teams, they can be head and shoulders above the rest.”

Former Black Fern and Te Kuiti born Farah Palmer said it was great to see competitions such as the Gwynne Shield continue to celebrate all that is great about rugby, bringing an inclusive and exciting environment for all to play the game.

“It’s wonderful to see that more girls are getting involved as the Black Ferns and provincial women’s teams demonstrate what great fun and opportunities exist in rugby,” she said.

“Rugby has been a big part of New Zealand’s history and we want rugby to continue to be relevant to all our communities, players and fans.”

Palmer said that a competition like the Gywnne Shield demonstrates the togetherness, sportsmanship and passion which should be celebrated and cherished.

Rugby is a passion that will continue to grow for both Addison and Ngamata who have plans to play for their dream club teams when they grow up, Kihikihi for Ngamata and Hamilton Old Boys Women’s team the Huskies for Addison.