End nigh for village tower 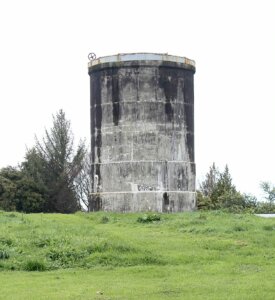 The water tower has stood at the site since 1948 when it was constructed.

The water tower that has stood at Kihikihi’s heritage reserve Turata for 70 years is likely be removed, despite some push back.

Te Awamutu Community Board backed a plan to remove the tower on Tuesday.

They heard there was some support, including from the Police House Temple Cottage Charitable Trust, to retain tower and paint a mural on it.

But the Kihikihi Residents and Ratepayers Association and mana whenua, who support the removal plan. Board members were told mana whenua saw no historical significance of the tower, which is one of dozens of the same 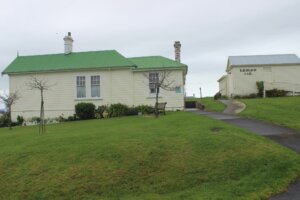 design around the country.

Board members Lou Brown and Gary Derbyshire supported the idea of a replacement structure to provide a viewing platform. Lou Brown said the view is panoramic and takes in maunga and awa.

It was clear, standing on the spot, why Kihikihi was an attractive place to establish a town, he said.

The tower was built in 1948, commissioned in 1951 and was the first source of water supply provided in Kihikihi.

Senior reserve planner Anna McElrea said the space could provide a perfect picnic spot while also providing a site to recognise the history of the area.

Kihikihi was the headquarters of Ngāti Maniapoto, with buildings such as the Hui-te-Rangiora built on the southern slopes of the Turata’s ridge. Kihikihi was invaded by colonial troops in February 1864.

The old police house, jail and Isabella Temple Cottage are surviving remnants from that era.

Waipā District Council’s Strategic Planning and Policy Committee will make the final decision on the plan.