A rugby mystery: Who can solve it? 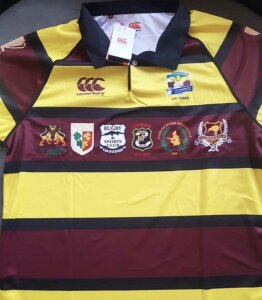 A special pays homage to the sub union’s 100 years – will the honours board make it to the match?

In 2014, the Te Awamutu Sports grandstand was renovated and photos and an honour board from the sub union clubroom went into storage.

Sub union president Andrew Young said that for the last four years the club has been on the hunt to recover those pieces of its history.

“When the grandstand underwent renovation, we had a team of volunteers to help clear out the space, but it saw all these pieces get lost in the process,” he said.

“Over the last four years we have been going on a more serious search for the missing pieces but so far it’s been fruitless.”

He said that over the years he has had many tips offs, but none have worked out.

He is hoping extra publicity on the search might make a difference as the sub union prepares for a November 13 centenary game.

Te Awamutu will be coached in the match against a New Zealand Army selection by former Waikato loose forward Duane Monkley.

The side will play in a centenary jersey featuring maroon and yellow hoops and the emblems of Te Awamutu Sports, Te Awamutu Marist, Ōtorohanga, Kihikihi, Ōhaupō and Pirongia across the chest.

“It’s a way of paying homage to the club’s history and what makes up a special part of this team,” Young said.