Farming is in their blood 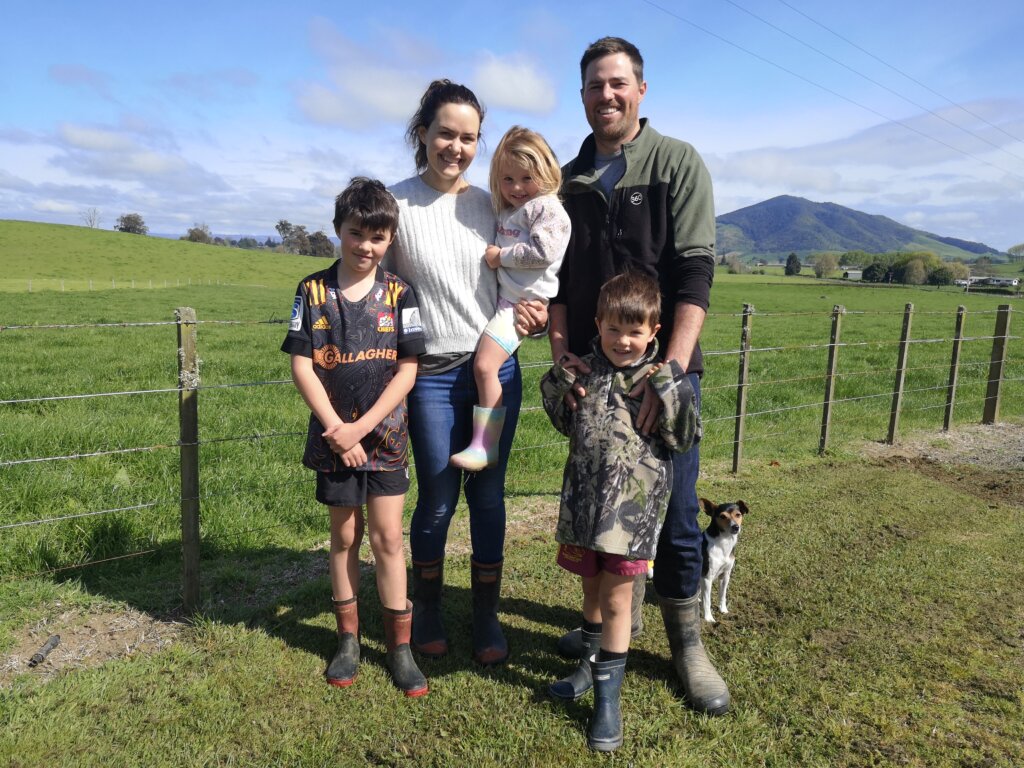 Ben Carpenter jokes he did everything he could to stay away from farming.

So how come he, wife Renee and their three children live on their own Te Kawa Road dairy farm on the Waipā-Ōtorohanga border?

You would have to say it is in his and Renee’s blood, quite literally.

Both were brought up on farms – Ben in South Auckland, Renee in Ōtorohanga.

They left the farms; Ben to do a Bachelor of Applied Science at Massey University, majoring in rural valuation and Renee for a time in London and then in the ASB Bank back in New Zealand.

They met in Hamilton by which time Ben was a registered rural valuer. 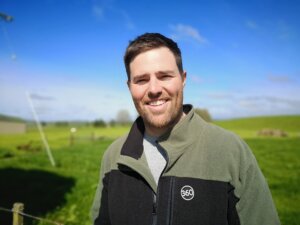 About eight years ago, the couple got an opportunity to go into a sharemilking partnership with Renee’s parents in Ōtorohanga.

Ben was back on a farm but then, like today, he retained his valuer’s ticket.

“I was already out of the (valuation) game for six years before we bought this.

I came armed with lots of analysis and knowledge though.”In 2019, the couple went into an equity partnership with his parents at the 150ha property in Te Kawa Road.

A month after Ben and Renee moved in, his father died.

His mother retains her interest from Auckland.

The property is 45 per cent rolling contour and they have spent their first two seasons putting automation in so people would enjoy working with them.

“We’ve been working really hard to get water infrastructure in the cowshed.”

That sort of attitude means they have kept the same staff for six seasons.

They recently signed up for the Halter System.

The system comprises solar-powered, GPS-enabled smart collars which are fitted to each cow and coupled with a simple app allows farmers to remotely shift, virtually fence and proactively monitor their cow’s health, feed and behaviour.

“We just like the technology. It’s got some labour savings, does so many things, heat detection, app alerts – all that sort of stuff. It gets the cows in, zero fencing. It’s really cool. Hopefully we’ll get it rolled out over the summer.

“It’s essentially AI (artificial intelligence) for your farm, constantly feeding back information. It is a management tool for us.”

They bring in meal and maize feed.

When The News visits, they are getting ready for the cows to start mating.

So would they go back to their previous lives?

“I’d only swap it between July and September,” says Ben.

That would mean having weekends to relax.

They all help on the farm; Harry more so than the other two.Renee has 108 calf replacements she is bringing through while Harry has his calf Hulk ready for Calf Day when school goes back.

Renee has visions of being able to work off the farm during school hours, “to keep me sane.”

They both play tennis in Ōtorohanga, Ben plays touch rugby and follows the children’s sport in Te Awamutu.

The plan is for them to grow the farm’s production and “get out of the cowshed” one day.

For Ben, that could mean a move into a more active role in the industry.Dairying is always on the look out for young farmers to make a contribution.

Ben Carpenter looks the goods to be that new breed of farm leader.