A new housing policy which allows Waipā towns to have three homes of up to three storeys high built without a resource consent is a recipe for creating slum situations, says mayor Jim Mylchreest. 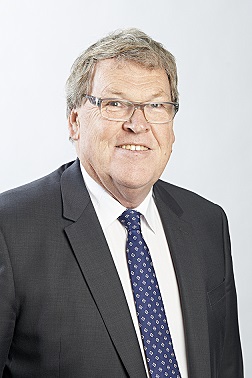 It would also result in uncontrolled growth that would impact existing ratepayers who would have to pay more to retrofit stormwater, sewerage and water pipes.

“In terms of spoiling our existing amenity values, this is almost guaranteed to do that,” Mylchreest said of the new National Policy Statement of Urban Development announced by the government and the National Party.

The initial release last month said councils in Auckland, Hamilton, Tauranga, Wellington and Christchurch could implement the new intensification policies and rules as early as August next year.

But the fine print showed the new policy also applied to Tier 1 councils which lumped Waikato and Waipā district councils in with Hamilton City Council.

And that has angered architects like Cambridge’s Antanas Procuta. “The proposed legislation is a blunt and ill-considered tool that has real potential to wreak devastation in Leamington and Cambridge and ruin the character of the town.

“The remaining ‘quarter-acre sections’ that typically have the original Cambridge heritage homes will likely be the first to lose those homes and be replaced as of right by at least three new buildings, and with Resource Consent up to six new buildings of up to three storeys.

“While there is merit in enabling residential development with less red tape, this initiative needs to be far more nuanced, and with a clear understanding as to the impact of lost home gardens, backyard play areas and character neighbourhoods to people and communities,” said Procuta.

He called for the council to de-link from the Tier 1 Hamilton urban area to preserve Cambridge’s character.

National MPs Barbara Kuriger and Louise Upston, who represent most of Waipā in Parliament, said the new rules would allow homeowners more freedom to develop their own sections without resource consent. (See separate comments by Upston below).

“The proposed “medium density” zones will enable more dwellings in existing suburbs in our district, but they will not require it,” they said in a joint statement.

Councils could exclude areas from the provisions if they could prove they had a “qualifying matter” that makes density unsuitable. Qualifying matters include heritage designations, environmental issues and other matters that may make this level of density inappropriate in an area.

Most Waipā councillors, speaking at this week’s Strategic Planning and Policy committee, seemed angry at what they saw was the latest case of central government riding “rough shod” over what communities wanted.

Someone could buy an old house “bowl it down and build something that stands out like a sore thumb,” he said.

Andrew Brown said he doubted it would create any more affordable housing. Susan O’Regan said the proposal might work in built up cities – “but not in Waipā and I don’t think that’s how the people in Waipā want to live”. But it was Mylchreest, already fuming over the government’s announcement it would take control of the council’s three waters – drinking, waste and storm infrastructure and services – who seemed most annoyed.

“I think this is another knee jerk reaction by central government that hasn’t thought the problem through.”

The policy was inappropriate for Waipā’s long established residential areas.

“It’s absolutely another Three Waters situation which is just getting bulldozed through with cross party support. The community has got to push back and we need to support the community,” said Mylchreest.

Submitters have until November 16 to make submissions on the proposed policy.

Council staff will prepare a response based on councillors’ views.

I am aware of concerns raised by some Cambridge residents and councillors about the new Housing bill and proposed “medium-density” zones that will enable more dwellings in existing suburbs.

In my community engagement forums, housing has been identified as the number one issue in Cambridge. We need to do our bit too as a community to ensure there is a range of housing options including affordable rentals, first homes for buyers and also for smaller dwelling options for seniors sizing down.

While Cambridge has many character homes, and it is understandable that people will be concerned, the Waipa Council will still be able to use its powers to exclude some areas from the new density provisions if they can prove that area has a “qualifying matter” that makes the default level of density unsuitable.

I note that the council has taken a collaborative approach in its community engagement around planning provisions. Anyone with concerns around a designation for their home is encouraged to reach out to the Council’s planning department for advice on how the Bill would affect their properties if at all, or for information on how to achieve a heritage designation for their property if they deem it qualifies for one.