Devon Briggs is well on his way to earning a place in the 2024 Paralympics.

Devon Briggs’ 18th birthday this month marks a significant step towards his goal of competing in the Paralympics.

He is now of age to shoot for the dream he has grittily pursued for years, and with a successful result at December’s track cycling championships in Invercargill, his eyes are now firmly on the prize, riding in the 2024 Paralympics in Paris.

Devon has been cycling since he was 10.  He was born with severe club feet, rendering his ankles effectively immobile. He has endured 19 painful surgeries so far and there will be more to come.  But he craved physical activity and found the only non-impact sport he could safely enjoy was on a bike.  A chance meeting with Mike van Enter, manager at The Cambridge velodrome’s bike shop, led him into track cycling, and it wasn’t long before Devon was showing real talent.

“I got hooked really quickly,” he said. “Michael has been a mentor throughout.  But it’s only in recent years that I’ve believed I had a real chance at making it on the international stage.”

He has already racked up numerous successes and been widely recognised. He won the Para cycling Emerging Talent award in the 2020 Cycling New Zealand Road and Track Recognition Awards, and his success at December’s Southland Track Championsh32ips means he’s qualified for the Para-Cycling World Championships in April this year.  They’re either in Paris or Canada – Devon is waiting to hear. There are still a few events to get through, a championship at the velodrome in Cambridge at the end of this month, and a national event in March.  He has also been nominated for the Halberg Awards.

Given Covid’s effects on training, he is surprised at how well he did in Invercargill.  “I wasn’t expecting it, to be honest … it was a case of digging deep and keeping my goal in mind.” 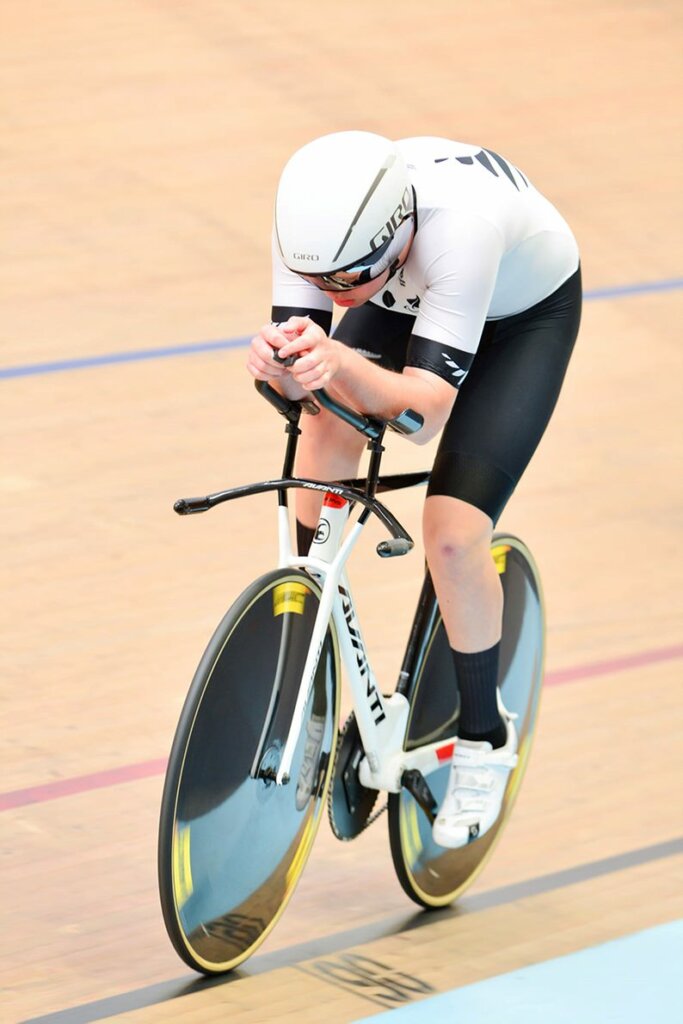 Devon Briggs in action at one of his many competitions.

Digging deep characterises Devon.  He has faced gruelling battles, both on and off the bike, yet remains positive about his future.  He left Cambridge High School at the end of last year and is headed to Waikato University to do a business degree majoring in accounting.

The April world championships will be followed by a road world championship event taking place in Canada in August.  “I know there will be a lot of juggling involved, but Waikato is very supportive of high-performance athletes so I should be OK.”

Right now, he’s running several part-time jobs and training whenever he can with coach Damian Wiseman. While in Invercargill, his natural ability with young riders was noted by former Commonwealth Games champion Glenn Thomson, who suggested Devon do a coaching course, which he did.  In addition, because his particular disability also allows him to compete with able-bodied riders, he is part of a bunch-racing group at the velodrome.

“He had the resilience and tenacity to overcome them and flourish,” she added. “We watched Devon grow from a young lad who needed nurture and protection in the library space, to someone who could give it to others … he has become a leader and an inspiration to others.”