No goal out of sight 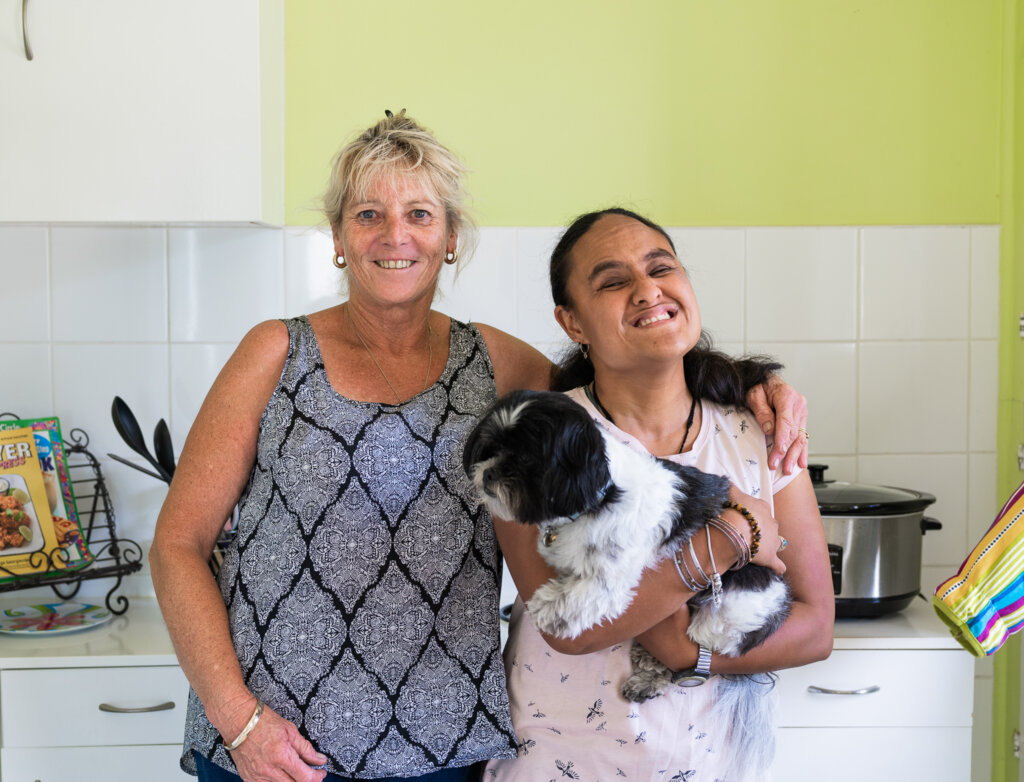 From dog walking to Special Olympics, Unity Collins, who is blind, is always up for a challenge.

Unity became blind when she was seven. A detached retina caused her to have peripheral vision one day, when she woke up the next, she was blind. Alongside the scariness of losing her sight, Unity said her biggest challenges were adapting to navigate the world and learning things like braille.

In 2019 Unity won silver for freestyle at the Special Olympics in Dubai. Currently she is training with her dad, Ross, to cycle in the 2022 Hokitika Age Group Road National Championships, which will be held in April.

“Uni is an upbeat and happy person, all the time. She always wants to know what activity is next to tackle,” her carer Jenny D’Anvers said.

She plays the ukulele on Tuesdays, guitar on Wednesdays and does yoga on Thursdays. Unity does art at the Enrich Plus Supported Activities arts programme, she loves to play Snap and Last Card, but her favourite leisure activity amongst them all is dog walking, which she gets paid to do.

“She’s always loved dogs, right from when she was little, it’s something she’s always wanted to do,” Yvonne said.

Three years ago, Unity’s sister, Jo, shared Unity’s story on social media. She asked if anyone would like her to walk their dogs, people responded, and Unity has been walking dogs since. Unity and Jenny walk the dogs three days a week, usually taking four each day. Jenny links arms with her so that she can hold the leads without having to use her cane. Jenny says there is no challenge to it and the pair have “got it down pat.”

Unity asks for $10 for half an hour of dog walking. She likes getting to know the dogs as well as their owners, especially being able to pat them and give them treats at the end of each walk. Unity has her own dog, Sam, who she walks as well. Sam is a two-year-old Maltese Shih Tzu.

“It’s quite pleasant to do,” Unity said.

Unity went to Te Awamutu College for two years and then stayed at the Blenz Homai campus in Auckland, while she was studying at James Cook High.

She said the first year at the campus was extremely difficult but was definitely worth it.

“I came home feeling like I was independent,” she said.

Unity lives with a flatmate, Emily, who has low vision.

The pair cook their own meals, clean the house, and have independent lives. Unity’s favourite meal to cook is sausages with potatoes and coleslaw. Macaroni and cheese is a close second.

“They do all their own cooking, like any household, there’s work to do,” Yvonne said.

Special tools and tricks help with everyday life, like Unity’s jug that disperses boiling water one cup at a time, her electric grater, and using elastic bands as labels for certain bottles. Unity also sends and receives emails using her BrailleNote.

“I pretty much do what everyone else does.”