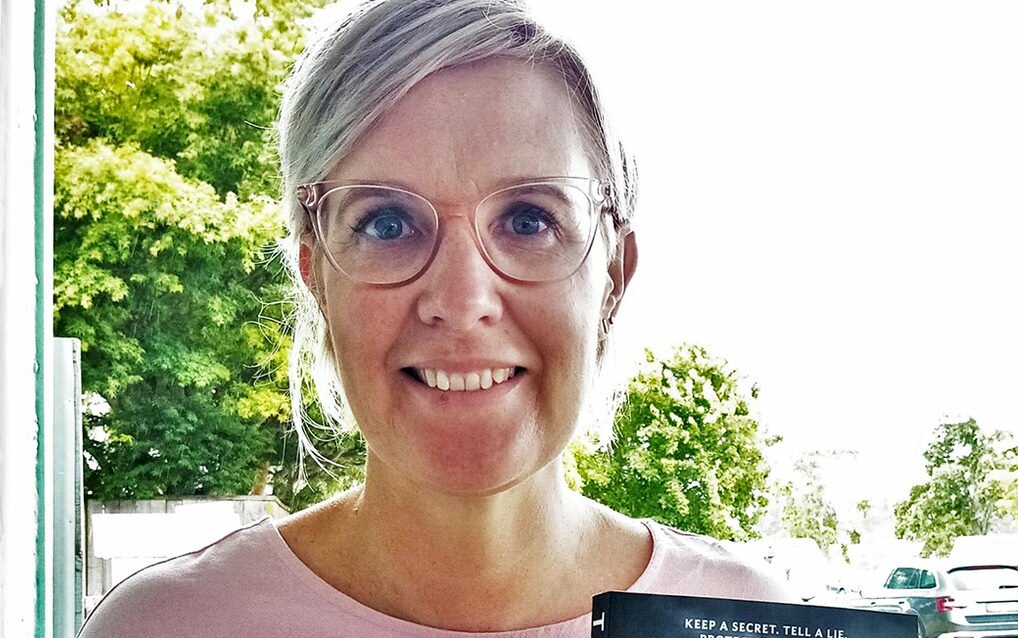 Nikki Crutchley’s new book, To the Sea, is said to ‘crackle with menace’.

Nikki Crutchley was swamped with emotion when she heard her latest novel had secured a two-book deal with Harper Collins Australia.

“There were tears,” she laughed.  “Getting a book deal itself is difficult enough. Getting a two-book deal is fantastic!”

It wasn’t expected.  Nikki has self-published three books before, and even though they brought recognition and success, it was with a sense of resignation that she approached this fourth attempt.  Working closely with her agent Vicki Marsdon, someone she secured at the end of 2018, she began writing To the Sea in January 2020, just as the pandemic hit.

“It wasn’t an easy year. The kids were at home because of lockdown, and it was difficult to write with any consistency,” she said. “It took almost a year …

I re-wrote the ending three times with Vicki’s guidance.  It went to the publishers at the end of the November that year and within a week Harper Collins Australia came back to us with the two-book deal.  I was stunned. There were tears, I can tell you.”

The finished book launched internationally in December.  Nikki already has thoughts in place for the next one and as she generally completes a book a year, she feels on track.  When self-publishing, she knew the sales numbers in detail.

“This time, I won’t know how it’s doing until I get a royalties cheque.  I’ll have to get used to that.”

To the Sea has been described as ‘a compulsively readable suspense thriller’ and has generated rave reviews from top New Zealand literary critics and authors, including one from Paddy Richardson who reckoned it ‘crackled with menace’.

Her first book, Nothing Bad Happens Here, was a Ngaio Marsh Book Awards winner in 2018.  Her second, No One Can Hear You, was long-listed for the same awards in the best novel category, and her third, The Murder Club, won her even more fans.  All were self-published mysteries that plumbed her extensive research into police procedural work and her instinct towards writing criminal dramas, albeit without gratuitous gore.

This latest book is more of a psychological thriller, she said, more intent on examining the psychology of those behind the crime.

Nikki has always been attracted to dark questions around ‘why-dunnit’ rather than simply the ‘who-dunnit’ when it comes to crime.  She was born in Cambridge but did most of her schooling in Ōtorohanga, then completed an English and sociology degree before travelling and living abroad.  She had always been keen on psychology and did a paper on crime and deviance while at uni.  On coming home, she did a diploma in library and information studies before starting her own proofreading business which she juggles with her writing.

She was always an avid reader, and so are the daughters she shares with husband Simon.

While the material might be dark, Nikki is anything but. “To be clear, I write to entertain people.  There is absolutely nothing lofty about it at all,” she laughed. “I’m not going to apologise for that.”