Piggy in the Middle

Waipā is moving towards a new set of rules when it comes to keeping animals – and that could be bad news for Kunekune pig Sir Douglas. Benjamin Wilson reports. 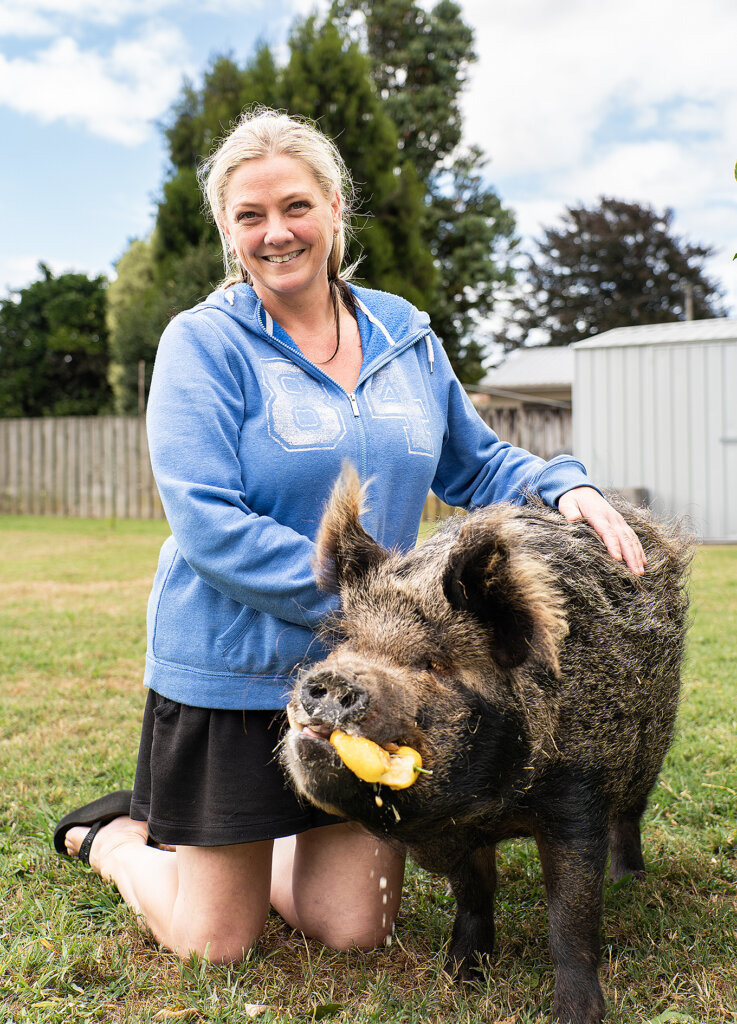 Sir Douglas, a Kunekune pig, has been a part of McLachlan’s family for the past five years, but a proposed bylaw is threatening to rehome him.

Sir Douglas is vaccinated for Lepto, doesn’t smell, or make much noise. He has full roam of a large grass backyard and cannot get out.

He is fed two Weet-Bix and a banana each morning. After breakfast, he comes in to sleep on the dog’s bed. Throughout the day he grazes on grass and whatever fruit he can plunder from the five fruit trees he has access to (he loves lemons). And in the evening, he is treated to a carrot.

“He is just like one of the dogs, in fact, he is easier,” said McLachlan.

“There is a clause in there for nuisances and health hazards. They didn’t really need to have a pig specific one,” McLachlan said.

In the bylaw’s current state, nuisances caused by Sir Douglas, or any other animal, can be addressed through council channels. But this bylaw change would mean that Sir Douglas would be banned, even if he wasn’t a cause of concern.

McLachlan’s neighbours all know Sir Douglas and are happy with his presence. They regularly pat, feed him, and talk to him.

During the Strategic Planning and Policy committee meeting, McLachlan was told the proposal was to remove the specific clause around pigs, because they can already be addressed with the pre-existing nuisance laws.

“There has to be a little bit of common sense when dealing with these things,” said Cr Lou Brown.

Animals are McLachlan’s passion. Before advocating for Sir Douglas’ rights, she used to train dogs at both the Waikato Canine Obedience Club and Waikato Agility Group.

Prior to Covid-19 restrictions, McLachlan, and her staffordshire terrier   Layla, would frequent Waikeria Prison to visit the inmates. Layla is a therapy dog associated with Canine Friends Pet Therapy, who assess dogs for their eligibility and facilitate animal therapy for those who seek it.

“Layla would jump in their laps, and we would just sit around and talk about dogs,” she said.

McLachlan is hoping her recommended changes to the bylaw are taken on board.

“Something that I find really beautiful about Waipā, is that it is rural. If you keep putting bylaws in place, it takes away from that rural beauty,” she said.