Iwi had a vision of establishing a meeting house on land next to the 166-year-old St Paul’s Anglican church.

Two Waipā iwi are lamenting the fact they didn’t have the financial means to buy land at an auction at Rangiaowhia.

Ngāti Apakura and Ngāti Hinetu, who have connections to Ngāti Maniapoto, are feeling immense hurt after they were outbid in a significant auction of the whenua (land), Apakura Rūnanga Trust chairperson Bill Harris told The News this week.

Updated 26 February: Statement from Hon Nanaia Mahuta, MP for Hauraki-Waikato:  “The historical significance of what happened at Rangiaowhia is etched within the history of the Waikato-Maniapoto peoples and in particular the devastating impact of the Ngāti Apakura people.

“I hope that the opportunity for the new owners and Ngāti Apakura representatives to consider the historical significance of this whenua may lead to a special relationship.”

Harris says there are plans to discuss the issue with the buyers at a hui.

“It was the perfect opportunity to re-establish in Rangiaowhia, Rangiaowhia being the spiritual home of Apakura,” he said.

Apakura didn’t have the funding available to purchase the whenua at 61 Rangiaowhia road, which was purchased privately for $1.95 million.

St Paul’s Church neighbours the whenua to the south. It was originally built for Apakura before the Waikato wars, and acted as a place of refuge. Harris said Apakura were working with the church to reconcile the historic whenua together.  A Catholic church also bordered the land to the north – today only a cemetery remains there.

He said they approached Waipā District Council in the hope it could collaborate with the Government to assist Apakura. 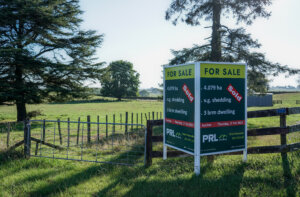 “We had an opportunity to reconcile, and that opportunity was lost. We didn’t have the economic resources to match what, in this case, a member of the general public had, and that hurt.”

Harris says a wharenui (meeting house) for Apakura would have been built on the whenua, had they acquired it.  Apakura does not have a dedicated wharenui to use and stages hui at Harini Hall.

“At the moment, we don’t really have anything of our own…  it’s our vision and our dream, to have a wharenui.”

Harris says the hurt felt is not just because of a lost opportunity, but because of how significant the whenua’s history is to Apakura and Hinetu.

The settlement neighbours the scene of a controversial attack by colonial soldiers, and is the subject of controversy and debate 150 years on.

“Rangiaowhia often gets associated with the land wars. It wasn’t a war; it was a pāhuatanga (sacking/massacre). We talk about it as a terrorist attack, one of the first in New Zealand.”

Before the confrontation – this week in 1864, Rangiaowhia was a home to Apakura and Hinetu, and one of the strongest communities in Aotearoa he said.

Harris said some people at the  last week’s auction who chose not to bid because they understood how significant the whenua was for Apakura.

Following their winning bid, it is understood discussions were held with the new owners with a view to a hui to discuss the issue.