Former Te Pahu farmer George Clark has celebrated his 100th birthday with family, including his daughter, former Prime Minister Helen Clark, in Waihi Beach where he retired to in 1987. George Clark with his birthday card from the Queen. Photo: Helen Clark.

For his birthday on March 8, George received cards from the Queen and PM Jacinda Ardern.

George and his wife Margaret, who died in 2011, had four daughters who were brought up in Te Pahu south of Ngāhinapōuri and north of Pirongia.

Helen Clark was Prime Minister from 1999 to 2008. She was the first female to lead the UN Development Programme, the third most senior role in the United Nations.

George has eight grandchildren and 16 great-grandchildren. His other daughters are Suzanne, Jenefer, and Sandra.

He was a key member of Federated Farmers while in Te Pahu, going on to chair the Waikato meat and wool section, and was on the Te Pahu School committee for several years. 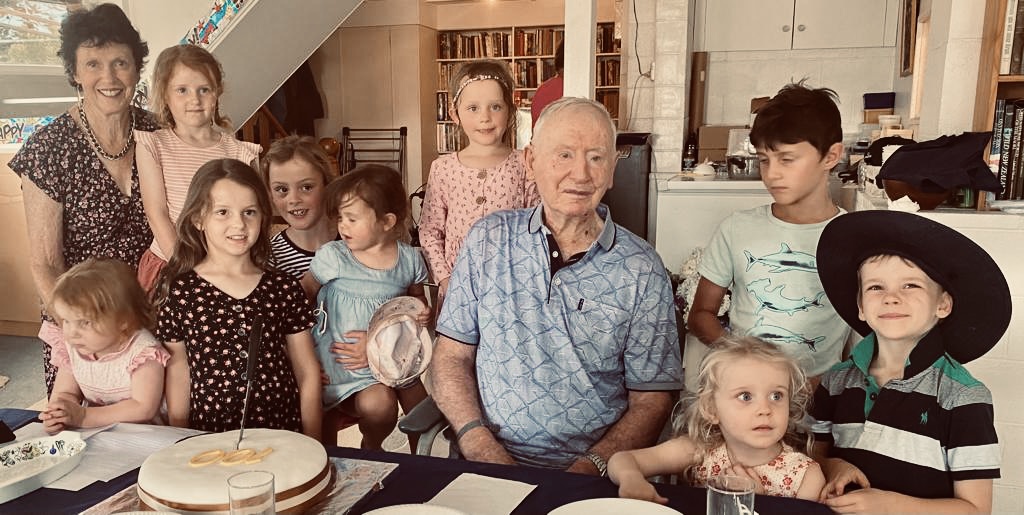