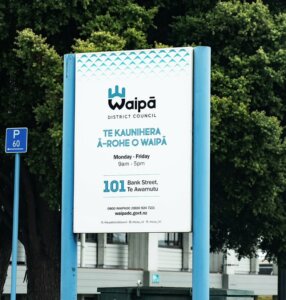 The amount of legislation that is being thrown at council could soon be ‘overwhelming’, Waipā District councillor Lou Brown says.

“We are getting a massive amount of legislation thrown at us with very short submission periods,” he told fellow Te Awamutu Community Board members last week.

Brown said the short submission periods are not providing council with enough time to give due consideration to legislation.

Quite often the council will receive a draft on Friday and have three weeks to review it. Three or four days are lost to start with, by the time the draft has been circulated and read by everyone, Brown told The News.

“The problem I’ve got is we quite often are being asked to submit in under three weeks. That gives us no time as a council to discuss it with the general public.”

‘They’re rewriting just about every part of our life,’ – Lou Brown.

He urged board members and other councillors to take the time to become conversant with the legislation they are facing.

“Because if we don’t, we are going to be overwhelmed with legislation that won’t fit our community,” he said.

Brown said that a lot of the legislation they have received has been siloed.

“When you make a decision, you must always consider the facts of it, and also the unprecedented effects of it that you haven’t planned for.

A recent amendment to the Resource Management Act allows for three houses, that can be up to three stories high, to be developed on most properties, without having to apply for resource consent.

Brown used this as an example for the type of changes to legislation that the council is facing.

“It was arbitrarily adopted; it was forced in,” he said.

Council’s will have to adhere to the amended bill from August this year.

Brown told the board that the changes that are being made will impact on everyone at some level.

“They’re rewriting just about every part of our life.”

He is also concerned that most people are not aware of the changes that are being made, and says the media is partly to blame.

“So many of these are going on behind the scenes, and the media focuses almost exclusively on Covid,” he said.

“We have left the general announcements for the government. We get them, but we don’t get any analysis on them for the general public.”