Urban Miners co-founder David Blewden talking to guests on the intricacies of e-waste.

Rotarians, civic and business leaders gathered in Cambridge last week for a demonstration of the workings of Waipā Rotary’s enterprise, The Urban Miners, and to celebrate its recent big win.

Run by Cambridge Rotary Club, Urban Miners recycles or diverts for reuse, a range of e-waste items collected monthly by volunteers in Cambridge and Te Awamutu.  The not-for-profit operation was founded 18 months ago by Waipā Rotarians David Blewden and Mark Hanlon to reduce the amount of e-waste going into landfills 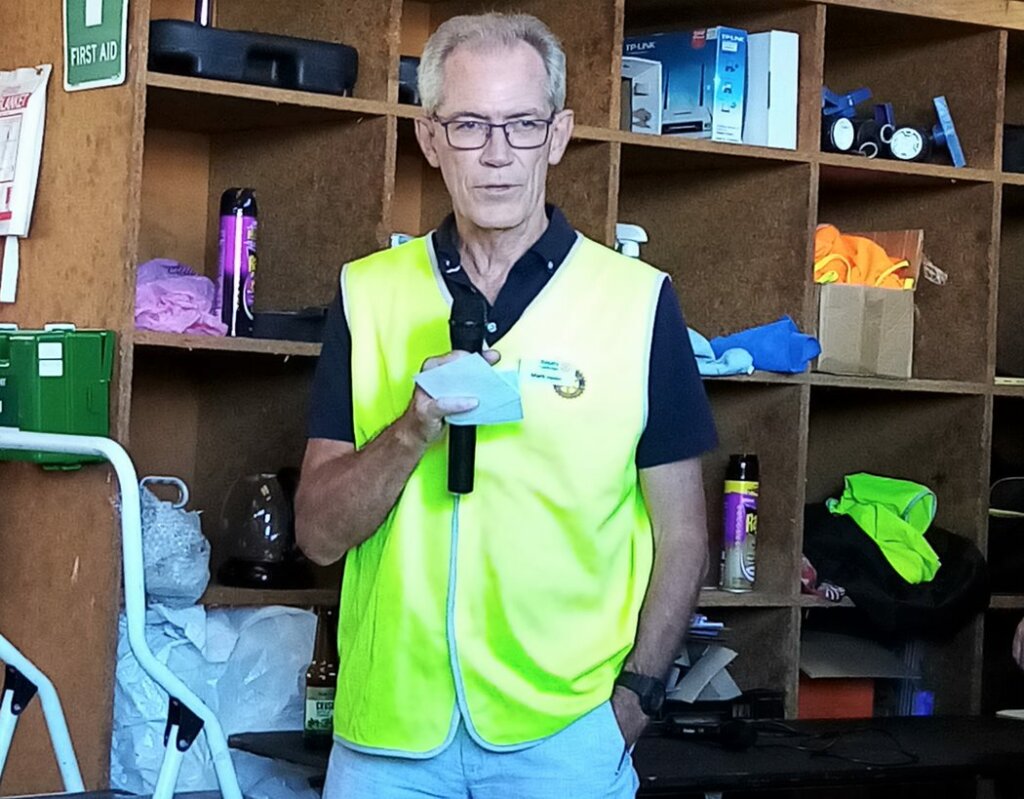 Mark Hanlon said despite a Covid-induced slow-down during 2021, their first full year of operation, Urban Miners had saved 15 tonnes of e-waste from going into the landfill, the equivalent of 10 medium-sized cars.

“This year, we have already done three collections and Covid willing, we hope to have an even better year. Our target is 30 tonnes.

Mayor Jim Mylchreest  said ongoing council support “goes without question” as the enterprise aids one of council’s key priorities – the protection of the environment.

“We must work together as communities are built from the bottom up, not the top down. This project has support right through the district, and as a council we will do what we can to assist,” he said. Urban Miners’ co-founder David Blewden said there were currently around 50 volunteers on the books, of which around 20 percent were regulars, and they were on the lookout for more.