Four funerals – and a wedding 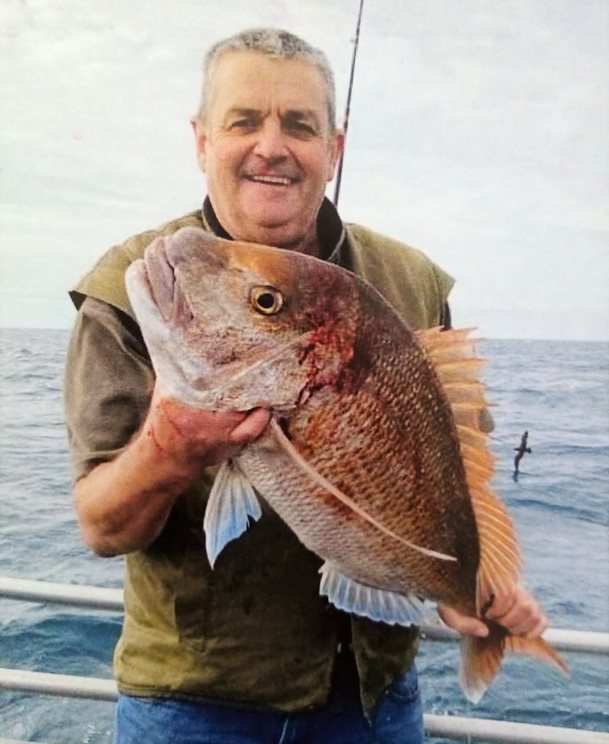 Richard Bright, aka Cambridge’s ‘Basil Fawlty’, and others lost with him were farewelled last week.

Hundreds of people packed the Cambridge Raceway stands to farewell publican Richard Bright and extend their sympathies to the families of the other men who died with him in the March 20 boating tragedy off North Cape.

Richard and four others died when their fishing charter boat, Enchanter, foundered during a storm. They were Cambridge’s Geoffrey Allen, Michael Lovett, and Mark Walker, and Te Awamutu’s Mark Sanders.

The outdoor service was officiated by Kay Hallberg-Gregory, who acknowledged the presence of the families of those involved in the tragedy and praised the efforts of the search and rescue team.

“You have all shared something indescribable. This is a terrible time for each family.”

Most of those lost knew one another through shared patronage at the Group One Turf Bar in Cambridge, the pub purchased by Richard and his wife Brenda on April 2, 21 years ago.  It became the centre of mourning last week.

Brenda told the News on Monday that the previous week had been an unusual one.  Three funerals and a memorial service were followed on Saturday by a wedding uniting their daughter Julie and her groom, Reece Stratton.

“It was very impromptu as all the family was here, and they managed to get the licence through,” she said. “We had it in the back yard. It was a fitting end to a very big week.” Richard and Brenda’s daughter Julie with her groom Reece Stratton after their impromptu wedding last Saturday.

Those at the March 30 farewell service heard how Richard, a Ngāruawāhia lad who from an early age showed his metal as a hunter, fisherman and future businessman.  Kay Hallberg-Gregory, who shared some of his childhood years, said his work ethic always stood out.

“He hankered after owning a pub, always loved being front-of-house,” she said, “and he always told Brenda he would never grow old… he didn’t like the thought of slowing down.”

Richard’s daughters, Jessica and Julie, and his father Cyril, said he always had time for them and was generous to a fault. Cyril described his son as the strong and generous ‘core man’ in their family, one with whom he shared business ideas and a host of exploits through the years.

Others reminisced about Richard’s love of his grandchildren and willingness to support local causes, including the volunteer fire brigade.  He was known for his hunting and fishing prowess, his love of horses and his perfectionist traits when working the bar.

“He could pour beer faster than anyone, take change quickly, and always put on a bit of a show if you were watching,” said Rick Williams of The Oaks Stud.  “I recognised when meeting him that he was a bit free-range … he danced to the beat of his own drum.  The more he liked you, the more abuse he’d give you.”

That blunt, ribbing characteristic was much mentioned at Richard’s farewell.  Peter Archer described him as an ‘enigma’, a teaser who was also humble, caring, humorous and ‘totally offensive’.

“After 40 years of knowing Richard, I can finally say what I want without him interrupting me,” he said. “Richard was loud, rude, inappropriate, obnoxious … he was Cambridge’s version of Basil Fawlty.”