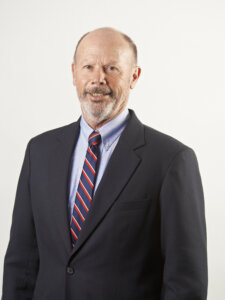 Brown said though he was aware of some of the subject matter, it was only now, at the age of 68, that he was being introduced to some of the ideas that were discussed

Referring to his previous learning he said: “I am no spring chicken… in those days, we got a very little taste of New Zealand history.

At the request of elected members, council staff also attended the workshop to better their understanding of The Treaty of Waitangi, and its place in local government

The workshop was delivered by Groundwork and consisted of individual online lessons and an in-person workshop. It was designed to support and encourage organisations to engage with the Treaty of Waitangi

Brown told The News although Te Tiriti was the title subject of the workshop, what happened in the years after the Treaty was signed was a key focus

“We didn’t get taught much about what happened, in the colonisation of New Zealand, and certainly nothing on the impact that it had on the Māori people.

Brown said the understanding he and his colleagues gained during the workshop was an important first step for them to make.

“The more knowledge you have, the more prepared you are to interrelate and listen. It is important for us to know and understand what went on, and some of the stuff that went on was pretty poor.”

In 2023 New Zealand schools will begin teaching a more comprehensive account of our national history. Details of this new curriculum were released in March.

Brown said he supported the new curriculum, which is a contrast to the history that he was taught when growing up.

“I think it is really important that we are taught the unvarnished history of our country, in the most factual way possible. We need to be taught that stuff, to get a real understanding of who we are, and why we are where we are.”