A night on patrol 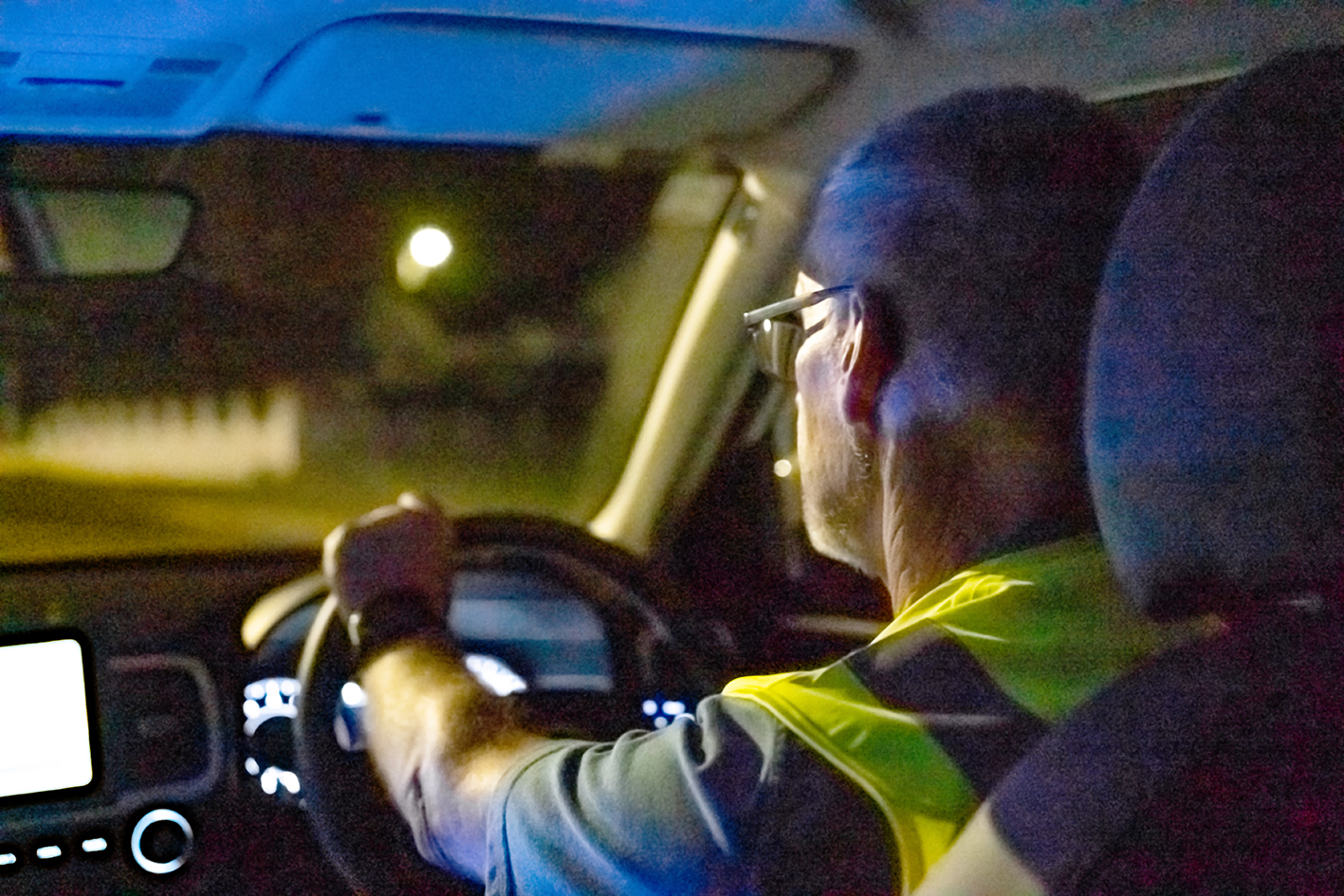 CommSafe act as the eyes and ears of the police with their community patrols and CCTV monitoring.

Trustee Chris Smith joined Johanna on Thursday’s patrol. The pair are both long-time community servers, Tong was a paramedic for over 30 years and Smith was one of CommSafe’s (originally the Te Awamutu Safer Community Charitable Trust) founding members.

“I always have done community service work, right from when my children were born. This is an extension of me being able to help in my community, and I find it extremely rewarding,” Tong said.

Before the patrol started, she undertook a routine safety check of the vehicle, checking its lights, tyres, warrant of fitness and registration. This safety check is signed off before every patrol.

Next, using their two-way police radio, Tong logged the patrol with the police, informing them of the length of the trip, who and how many people were in the car, and their call sign, which is TACP1.

During her time as a paramedic, Tong became well accustomed to radio protocol, and says that good radio etiquette is very important to her. Before making any transmissions on the police radio, CommSafe patrollers must check that there are no active police activity, or ongoing calls for radio silence.

“I am very particular with radio protocol… it needs to be short and concise.”

The importance of this etiquette was made known on Thursday, as a ramraid in Te Aroha resulted in a police chase. It could be heard through the radio where cars were being directed and what the alleged offenders were driving. At the time, any irrelevant radio activity would have hindered the police’s work.

Smith drove while Tong managed the cars scan lights and radio. Every 15 minutes Johanna would write down a situation report, logging any events or lack of events.

The pair patrolled Te Awamutu schools, residential and industrial areas, and known problem spots. They looked for open windows, out of place cars, unusual gatherings, and paid close attention to any mention of Te Awamutu on their police radio. In addition to their surveillance work, the presence of community patrols can help to deter criminal activity.

Constable Ryan Fleming told The News the presence of a marked police vehicle or patrol car in an area can dramatically reduce crime for up to two hours.

With the exception of a domestic violence concern, which was investigated by police after CommSafe had scanned the area, Thursday was a relatively quiet night for the patrollers.

“That is often what it can be… that is the nature of the job,” said Tong.

She said the patrollers “do have to have a certain amount of interest” in what they do. And to keep that interest going, she makes sure to share the successes of the patrols with one another.

“It makes a huge difference to how people think, when they know that there has been results.”

Tong said that even if the patrollers do not capture a specific incident, the data collected through their dash camera can be used to connect dots.

“The more dots you connect, the more evidence, the greater the chance of getting a conviction.”

The conflict between rural-based industries and lifestylers is something Waipā District Council says is not uncommon – and the latest example is in Kaipaki. Agricultural contractor Karl Schwitzer has resource consent to operate a contractors’…

Waikato’s environmental watch dog has visited the site of an illegal Waipā sand quarry – 28 days after it was alerted to its existence. Waikato Regional Council says there were no “apparent risks” to the…

A new competition run by Waipā District Libraries during the April school holidays found a clever solution to the problem of jigsaws made maddeningly frustrating through lost bits. ‘Jigsaw Art’ ran across both Cambridge and…

A Te Awamutu committee is being formed to address ram raid issues. In 14 months, Te Awamutu’s Noel Leeming has been ramraided three times. The company has previously  declined to comment The News about the…