The Te Awamutu Light Operatic Society is just weeks away from debuting its original musical, Tell me a Story. 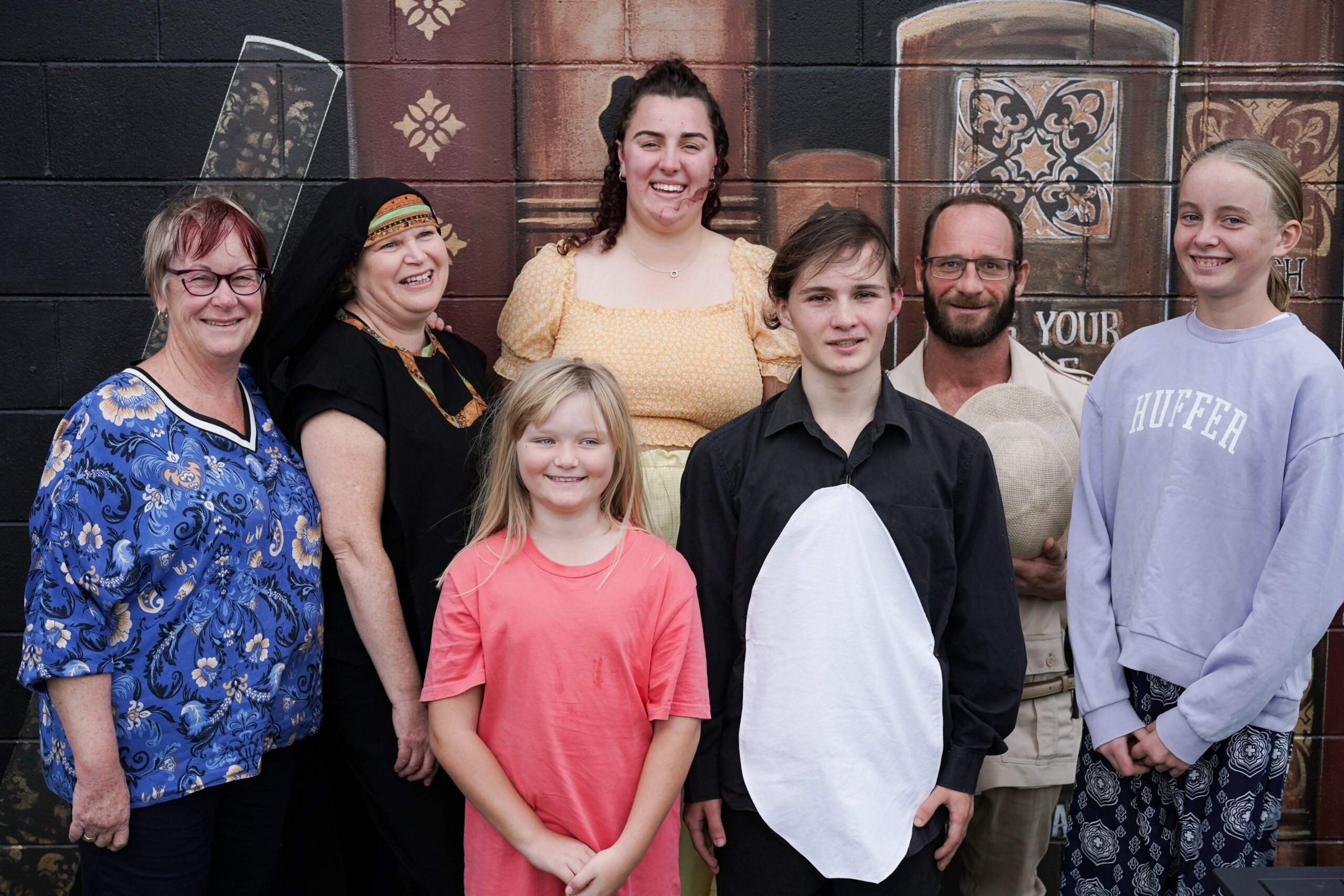 The show was written by the Te Awamutu mother-daughter duo, Fiona and Rowan Miller, and uses books to explore different places, times, and scenarios.

The youngest member of their cast is nine and the oldest is in their 70s.

Te Awamutu’s Karen Phillips plays the grandma who reads to the grandchildren. She has a background in education and said, “I have a passion for books anyway, so it’s perfect.”

The grandchildren are played by 11-year-old Lily Hayward (Te Awamutu Intermediate), and nine year-old Charlotte Holmes (Pirongia School). It is their first time acting in such a play and they will be sharing the role on alternating nights.

They are both excited, “but kind of nervous.”

One of the musical’s most notable songs is Qongqothwane, also known as The Click Song in English, it is a traditional Xhosa wedding song, and is sung by the cast’s Cyril Morris. Cyril, who is from South Africa and lives in Ōtorohanga, isn’t new to performing, but this will be his first time singing in Xhosa to a New Zealand audience.

Last Sunday was the cast’s first time rehearsing without scripts, and Fiona says there is still some fine tuning to go.

She hopes the June 9 premier comes quickly, as two of their cast are currently away with Covid.

“We are hoping that Covid doesn’t ravish us in the next three weeks, we have been pretty lucky until now,” Fiona said.