Vaccine team on the road 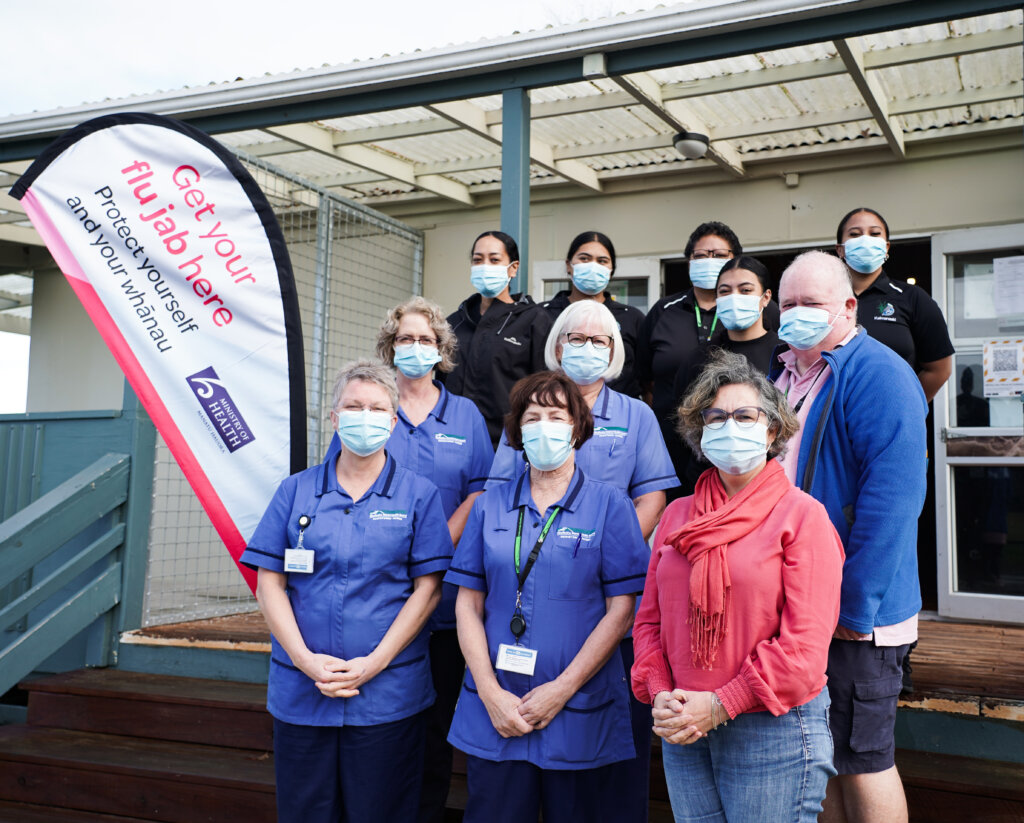 Herawana Tupaea is back on the road again with a mobile vaccination team hoping to prevent Waipā residents from getting influenza, measles and whooping cough.

The Waikato District Health Board vaccine kaimanāki (team lead) knows the district well – her whānau is from Cambridge, and she lives in Kihikihi. Plus, for the last year she has been on the road with the Covid 19 vaccination team.

“We’ve got to keep looking after our people – we’re doing this for our kaupapa,” she said.

Tupaea and the vaccination team were in Kihikihi last week and at Mangatoatoa Pa in Tokanui up to today (Thursday). Tomorrow they are back in Kihikihi at the Rugby Sports Club.

As part of an immunisation catch-up across the Waikato, the team will go where people need vaccinations and are unable to travel to the main centres

So that will mean the mobiles will park near schools and halls.

Alongside that mobile push, Waikato DHB has started a measles, mumps and rubella (MMR) vaccination telephone campaign for parents of 3-5 year olds who are now overdue for their second MMR vaccination.

Two-thirds of those who have missed both MMR doses are on record as having declined the vaccination.

Vaccinators can check on children’s immunisation status at the mobile clinics.

Meanwhile flu has been absent from New Zealand for two years while the border has been closed but public health experts say it is here now and needs to be taken seriously.

Experts agree that, as there has been no influenza or measles in the country recently, the natural immunity of much of the population will be down, which increases the risk of a particularly bad flu season and measles.

All cases of measles seen in New Zealand are the result of non-immune people bringing the virus into the country from overseas. The 2019 measles outbreak infected more than 2000 people, and 700 required hospital care. Māori and Pacific communities the most affected.

“Disease outbreaks can have serious consequences for families and communities. Those who are not immunised, whether that’s by choice or other circumstances, are worst affected by these outbreaks.”