How low can the dumpers go?

A Te Awamutu opportunity shop is “angry and frustrated” at people who have dumped domestic rubbish in front of their store. 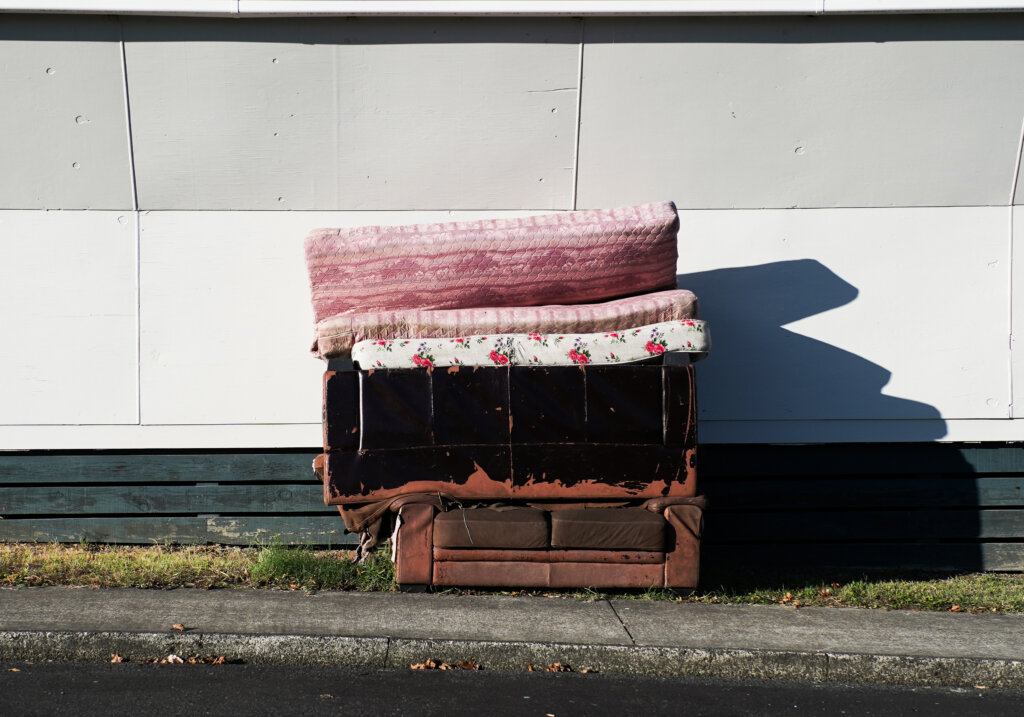 An example of rubbish left at the Op shop – rather than the refuse station.

“If it is left there, it gets wet, and the smell comes right through the whole shop. It makes it difficult to breathe in here, having those smells,” said Everybody’s Clothing associate Sonia Hine.

Large amounts of household waste, including mattresses, dirty blankets, car seats and couches, were dumped in front of the store last week.

“Sometimes they will just drop stuff off while we are serving people and cannot see them.”

The people responsible for last week’s dumping were called “lazy and inconsiderate” by a social media user, who posted the mess online. It isn’t the first-time rubbish had been dumped in front of the store – media detailed its occurrence 14 years ago. Hine says she is “angry” at the dumping because any money the store spends on removing the rubbish is money that they can no longer put back into the community.

Volunteers have since helped to clean up the mess, however, a pile of couches and mattresses still remains.

“We are really grateful to our customers, because they know people who have been able to help clean it up… they’ve been lovely,” said Hine.

The opportunity shop is situated on Scout Lane, opposite the old Bunnings building. They sell second hand furniture and clothing, and donate proceeds to local charitable organisations, including Riding for the Disabled and the Te Awamutu Community Health Transport Trust.