500 new sections to open up A couple known for running antique shops have opened the door to a 500-home neighbourhood just 1500 metres from Te Awamutu’s town centre.

It is the latest in a series of new residential developments for Waipā. Last month The News revealed 19 high-end sections were being developed on Greenhill Drive which property developer Margaret Kirk said would be “the most expensive sections in Te Awamutu. 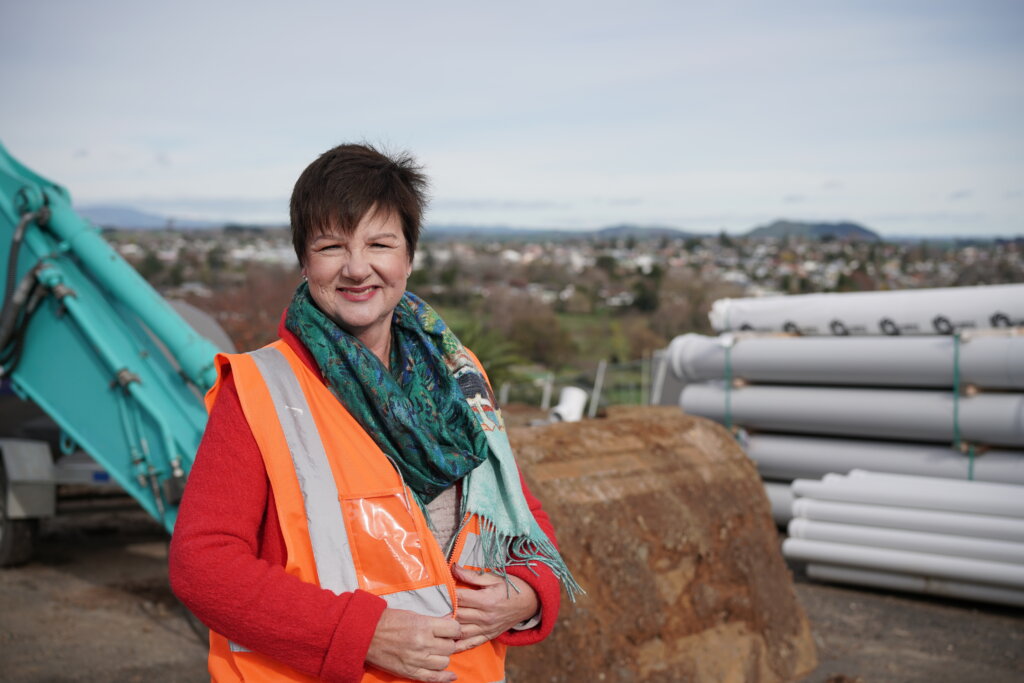 Property developer Margaret Kirk stands in front of her development that will be known as Taylor’s Hill. Photo: Benjamin Wilson

It was announced this week 77 sections under the Pikowai Landing name will go on sale.

Waipā District Council has granted resource consent for the development for the 50 hectare subdivision on Cambridge Road.

It is next to a 4ha parcel of council owned land earmarked for pensioner housing.

It shares a boundary with the Cambridge Road shopping complex which includes a medical centre, Mitre 10 and Pak n Save supermarket.

Retired farmer Len Hatwell and his family embarked on the Pikowai Landing project more than three years ago.

He and his late wife Joyce bought their first 100-cow dairy farm just out of Te Awamutu 57 years ago and have operated antique and clothing shops in Tirau and Cambridge.

“Te Awamutu is a country style town with a friendly rural feel. We have good sports facilities, and we serve a big catchment area. It’s down to earth and it’s a great place to place to bring up a family,” says Hatwell.

Veros Development Manager Sean Haynes says Pikowai Landing has been designed to cater to a mix of residents, including first home buyers.

Sections in the first stage will range in size from 325m2 to 650m2 with further options planned in future stages. 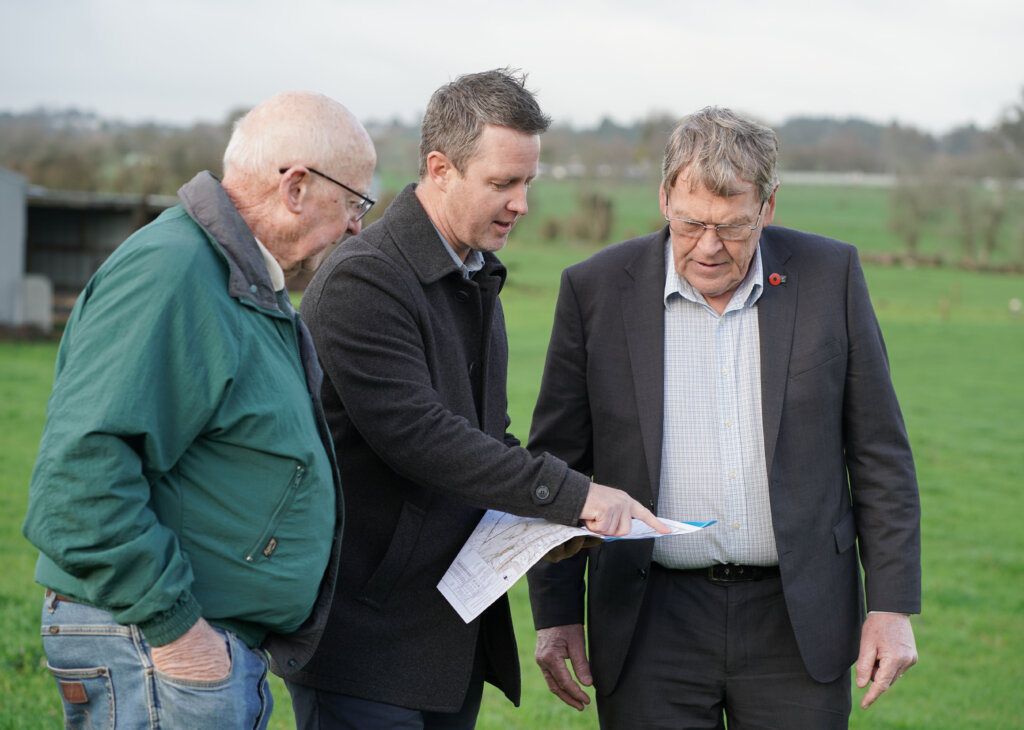