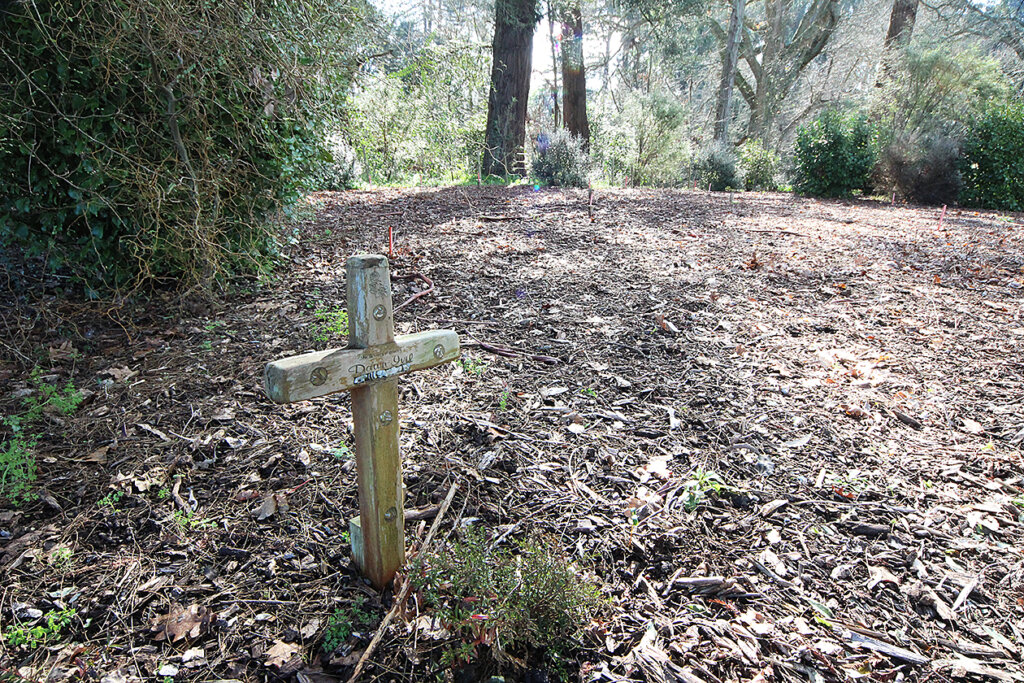 Dawn Ivil’s cross will decompose overtime and become part of the natural environment.

When Dawn Ivil died in 2017, her family honoured her wishes and interred her ashes in Leamington Cemetery’s natural burial section.

Natural burials in Waipā are only available at Leamington but recent feedback, following revelations the district’s cemeteries are reaching capacity, shows environmental options are wanted elsewhere.

Son Trent recalls his mother, who died when she was 84, thought the natural burial section was a better use of land and resources.

Her partner John Elliott shared her views as did daughter Tracey so after the funeral service on July 11, 2017, she was laid to rest at the edge of the section with a modest wooden cross and a native bush planted at the spot.

Burial and cremation costs have risen in recent months. Funeral Directors Association chief executive Gillian Boyes has called for Work and Income Funeral grants to rise from the current $2280.70 so families can pay for funerals which can cost up to $10,000.

Waipā has 10 cemeteries – the three largest are at Hautapu, Leamington and Te Awamutu. There are gardens of remembrance at Leamington, Hautapu and Pukerimu where small plaques can be installed.

Community Services manager Brad Ward says while initial uptake had not been as high for the natural burial spot in Leamington as the council had wanted, he expected that to increase following the survey. 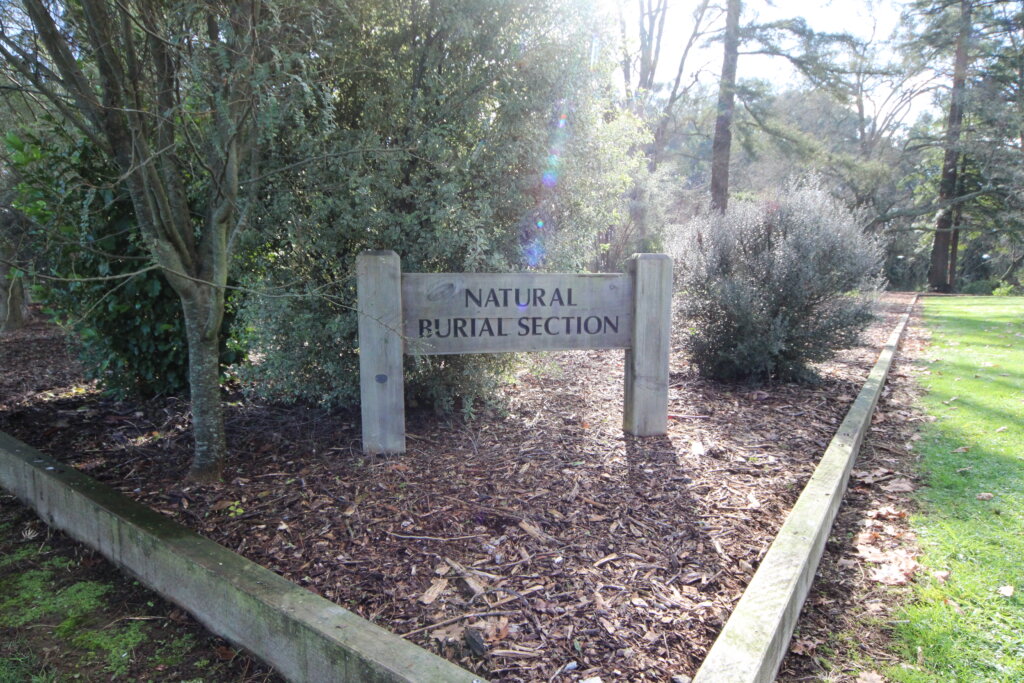 A natural burial returns the body to the earth as quickly as possible so the body can not be embalmed and is buried within the active soil layer, no deeper than 800m.

If buried in a casket, it must be made of untreated fibre or wood and of non-toxic adhesives.

Families get a list of native plants and trees recommended for the site and includes rimu, kowhai, ribbonwood and ferns.

Arrangements for the planting of a memorial are made after the burial at the best time of year to ensure healthy growth.

No permanent monuments are allowed but a grave marker made of engraved, burned or untreated wood can be used as it will decompose overtime.

Council staff prepare the hole for the tree so family can plant it if they want.

The plot has a global positioning system (GPS) recorded so it can be found after the natural bush has regenerated.

The feedback survey which closed earlier this month showed 87 per cent of respondents were satisfied with the current range of burial options.

One respondent wants to see the creation of cultural landscapes with features, design and planting identifying the site’s significance to mana whenua and mātāwaka (tribes of the country).

Another wanted caskets phased out in favour of biopods or other economically friendly options while others wanted better seating, shade, toilets, car parking, wayfinding signs, water and biodiversity planting.

The disrepair of older graves and headstones was seen as a concern.

A report will be presented to the council’s Service committee. The Natural Burial section is in the eastern part of Leamington Cemetery alongside a memorial to 11 unknown men from the colonial forces who died during the Māori wars.