Waipā District Council has been ordered to add fluoride to its Cambridge water supply.

Director-General of Health Dr Ashley Bloomfield has made directives today under the Health Act to 14 local authorities, including Waipā, to add fluoride to some or all of their water supplies. It is the first time this power has been used since the relevant legislation was amended last year to ensure a national approach to fluoridating water.

Local authorities who are directed to fluoridate their water supplies will be invited to apply for funding from a $11.3 million fund for capital projects associated with these works.

Fluoridation is proven to be a safe, affordable and effective method of preventing tooth decay, Dr Bloomfield says.

“We estimate that adding fluoride to the water supply in these 14 local authority areas will increase the number of New Zealanders receiving fluoridated water from 51% to around 60%. It’s likely that later this year the Director-General of Health will actively consider whether to issue further directions to fluoridate.”

The Ministry of Health will track improvements over time in the oral health of communities receiving water fluoridation.

The time each local authority has to fluoridate their water supply varies between six months and over three years, depending on the circumstances of the supply. Martin Mould tells councillors about the fluoride plans for Cambridge.

23 June 2022 – Public health officials have identified Waipā as a place they want to see community water fluoridation introduced this year.

And the first community cab off the rank is likely to be in Cambridge, Water Services manager Martin Mould told the Service Delivery committee this week.

But some committee members said they were furious about the plans before the community had been consulted. 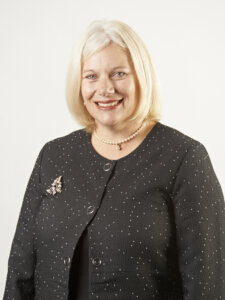 Waipā’s water has never been fluoridated – nor debated by council in several years – but the passing of the Health (Fluoridation of Drinking Water) Act last year transferred the authority from district councils to the Ministry of Health and its public health officials.

Adding fluoride to water supplies is a measure to help prevent tooth decay – and it makes a “significant difference”, according to the Ministry of Health.

Sources have told The News, Waipā children are waiting on average three years to be seen by a dentist.

The last time any significant research was done on dental decay rates in Waipā was in 2015 and it revealed eight in 1000 Waipa children had been hospitalised for dental caries and dental caries were twice as common in Māori children than non-Māori.

The last time any significant investment in prevention of decay in Waipā children’s teeth was done 15 years ago when some dental clinics were closed and replaced by mobile dental vans.

The council has six water treatment plants and last year told The News adding fluoride would cost ratepayers $1.2 million upfront and about $60,000 a year.

Mould said the Ministry of Health, which becomes Health NZ next week, contacted all councils in December to check out their preparedness for community water fluoridation.

Waipā had no plans or funding to introduce fluoridation in the Long Term Plan, staff told the ministry and said it would cost $400,000 per plant.

The estimated costs for Cambridge, which would include the Karāpiro and Alpha Street plants, would be $480,000 with annual operating costs of $130,000.

Some funding would be available to support local authorities with the capital costs associating with introducing community water fluoridation.

The estimated time for implementation after receiving a directive to fluoridate water, is nine months.

“Seeing this in my agenda raised my hackles,” said Stolwyk. Mayor Jim Mylchreest said he wanted the Ministry of Health to come and talk to the council about its plans.

“What is the evidence which is requiring fluoridation in Cambridge?

“Have we got a problem in Cambridge that needs addressing?” said Mylchreest.

“We should do all we can to whoever is making this decision to say they need to come into the community and undergo real consultation.”

Cr Mike Pettit said ratepayers wanted council to stand up to something like Three Waters and would expect the same about water fluoridation.

If there were any public meetings needed, they would have to be well chaired because “I can see this getting reasonably hostile”.

Outgoing Director-General of Health Dr Ashley Bloomfield has told other local authorities that adding fluoride to water supplies would reduce the prevalence and severity of dental decay. There were significant opportunities for improvement as there were inequitable oral health outcomes between Māori and non-Māori, he said.