Consents up, time down 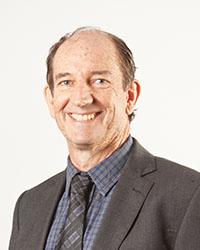 Waipā council staff are catching up with processing consents and taking less time to do so, District Growth and Regulatory Services manager Wayne Allan told this week’s Strategic Planning and Policy committee.

In the quarter from April 1 to June 30 the number of consents went up from 140 to 143 in the previous quarter.

“However, there has been a reduction in average processing days down from 37.50 days to 31 days,” said Allan.

Those going over the statutory timeframe of 20 working days had also improved with only three going over compared to nine in the previous quarter.

A total of 552 building consents were issued – up 112 on the same quarter last year – and they included 145 new dwellings.

Cambridge and Leamington were steady (from 56 to 55) with the notable increases coming in Te Awamutu and Kihikihi (from 25 to 33) and the rest of the district (from 48 to 57).

“This aligns with Waipā as a growth district and continued increased construction activity,” said Allan.

Development activity continues at a high level with the number of land use and subdivision applications representing a diverse range of activities.

Pre application meetings indicate no easing of the workload for the engineering team, he said.

The significant building consents issued were: