More than 50 anti-fluoride opponents heckled Waipā District councillors at their Tuesday meeting. The Te Awamutu News was there and Mary Anne Gill reports.

Furious anti-fluoride protesters called district councillors “criminals” this week and appeared to hold them responsible for the Ministry of Health’s move to order communities to add fluoride to water.

Waipā has been instructed to add fluoride to its Cambridge water supply. It would be the first time fluoride had been added to any water in the district since it was introduced in New Zealand in 1954.

There was anger and tension in the chamber, but a largely orderly protest illustrated fluoride was an issue capable of pressing emotion buttons harder than a local body election.

The focus on council came on a day when just five people had been confirmed as candidates for 22 local body positions to be voted on in October and 10 days before nominations close. One of the district’s most ardent opponents of fluoride, community board member Kane Titchener, presented a forceful argument which drew loud applause from his supporters. That descended into name calling once council adopted the draft bylaw.

“Shame on you, you’re criminals,” a member of the public shouted.

“Your grandchildren and children have to drink that water. This is on you,” shouted another while others said “disgusting” and “hope you sleep at night” and “you’re poisoning us”.

The council would be in breach of its water policy if it decided to go ahead with water fluoridation, he said.

He asked the council to tell the Ministry of Health not to fluoridate Cambridge or any other Waipā township due to the latest science which he said showed a lowering of IQ because of fluoride exposure.

Titchener said an alternative to fluoridation was the Scotland Childsmile Programme, funded by the Scottish government and introduced 11 years ago, which sees every child provided with a dental pack containing a toothbrush and a tube of fluoridated toothpaste. Titchener accused mayor Jim Mylchreest of reneging on an agreement to hold a discussion with both sides of the fluoride debate.

“Waipā has allowed this undemocratic situation to arise resulting in mandatory fluoridation.”

“It’s a criminal offence for the council not to comply with the direction. It’s also not within council’s powers not to fluoridate,” she said.

Our photographer Benjamin Wilson was there. His gallery of photos are below. 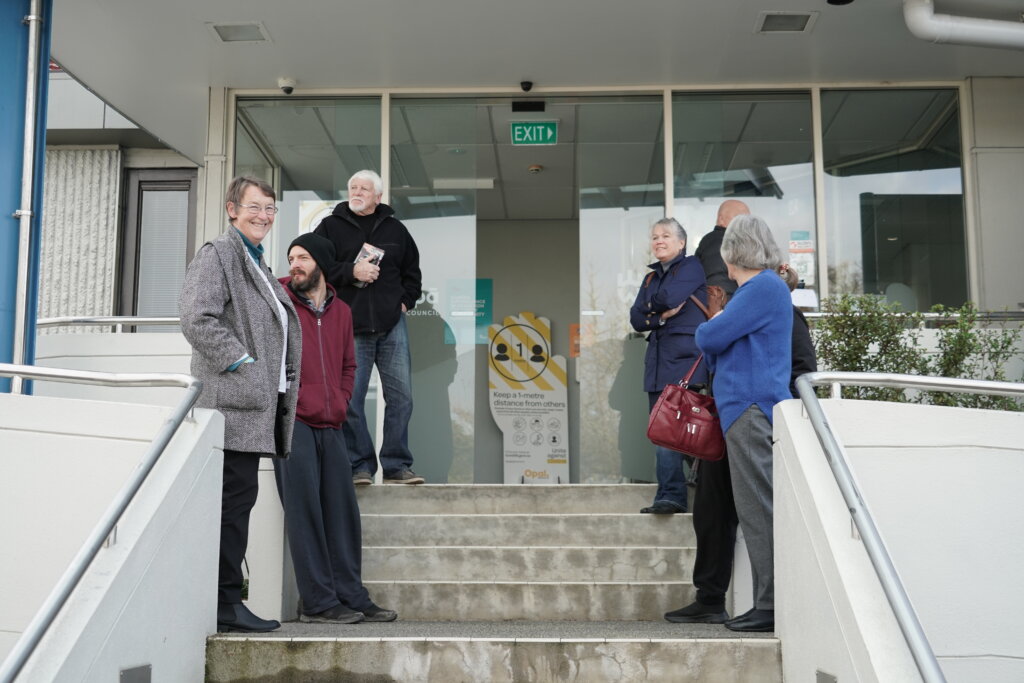 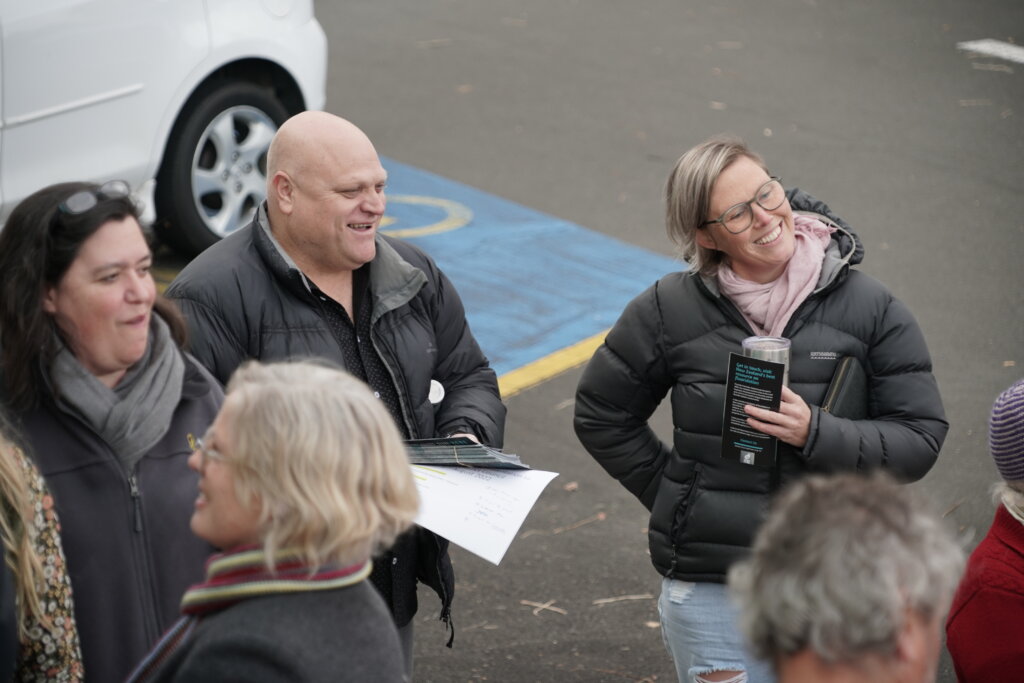 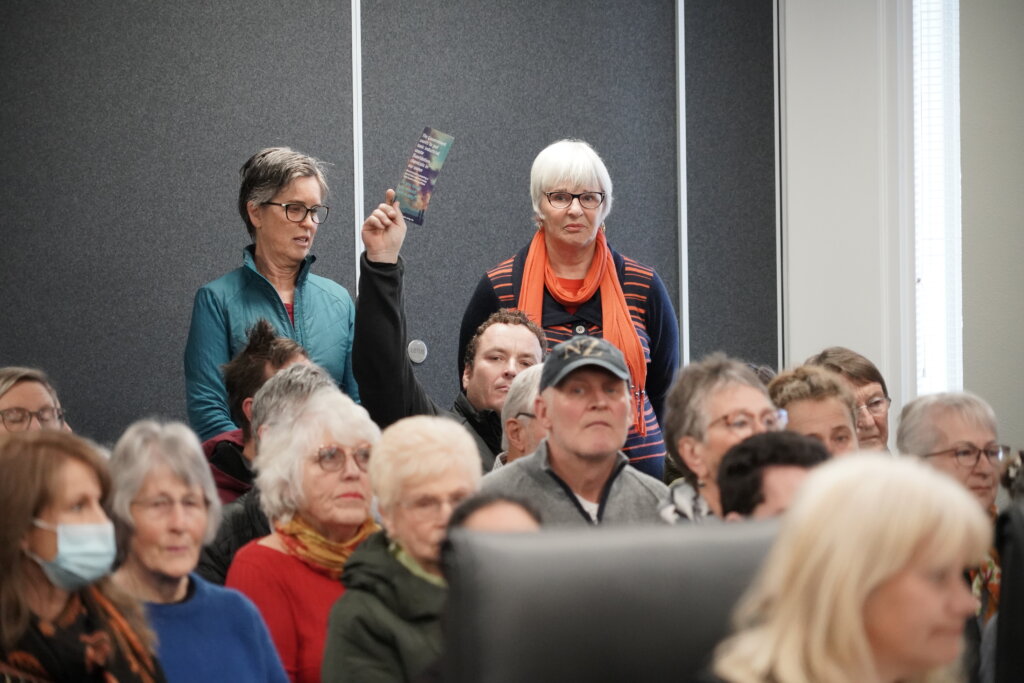 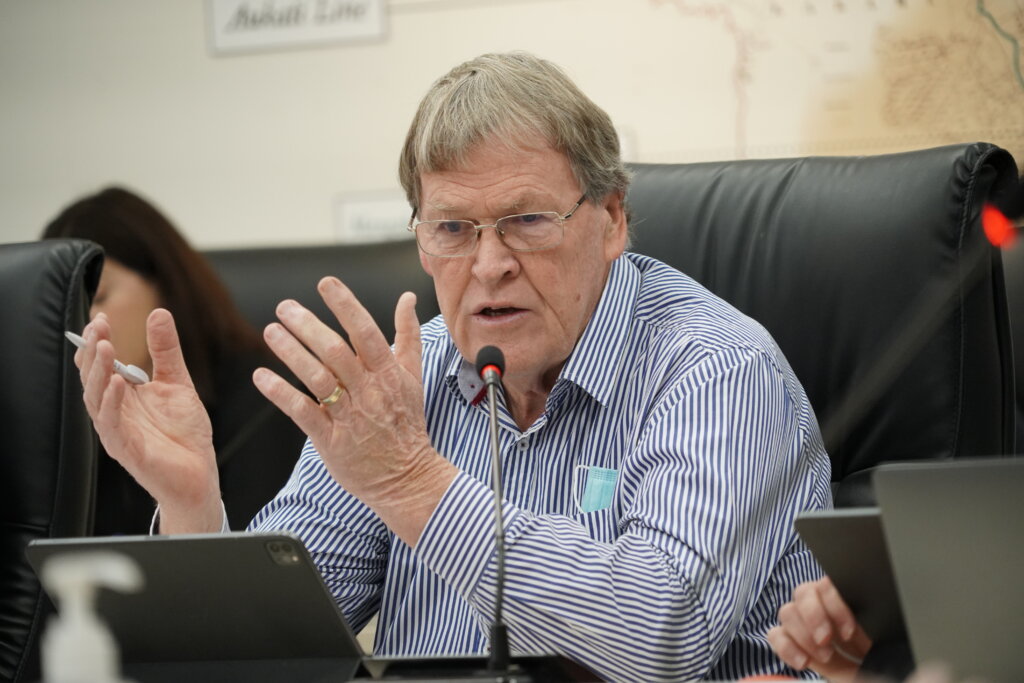 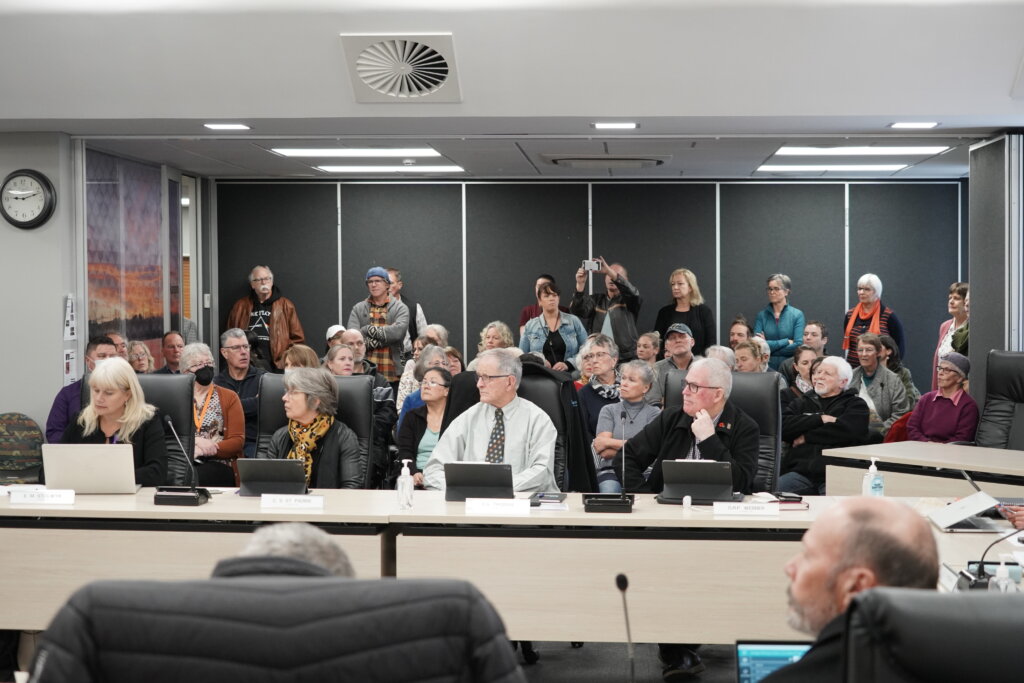