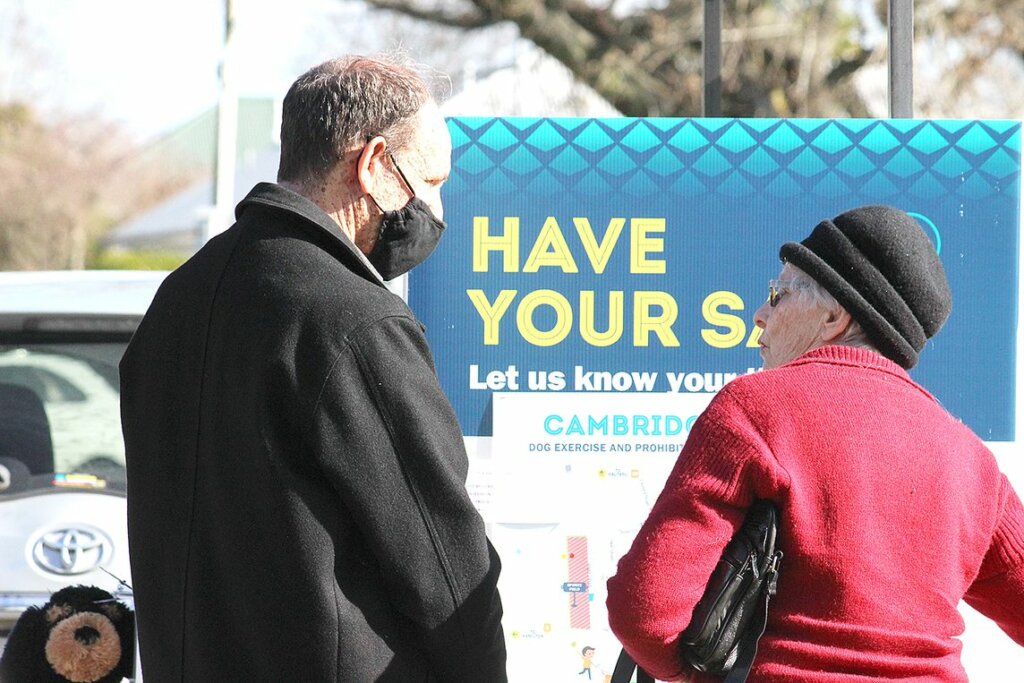 Waipā regulatory group manager Wayne Allan, left, was at the Cambridge Farmers’ Market on Saturday talking to a member of the public.

The district has 135 menacing dogs – up from 118 the previous year.

Menacing dogs are classified under the Dog Control Act based on their breed or type, not necessarily because of their behaviour, and they must be neutered.

The district had seven dogs – up from five – classified as dangerous.

Dangerous dogs are those that exhibit aggressive behaviour and by law must be neutered, kept in a fenced enclosure and on a leash and muzzled when in public. If not, council staff may take the dog.

While those numbers were up, complaints and requests to the council were down to 3412 from 3733 the previous year. It continues a downward trend since 2017.

Throughout the year, 224 dogs were impounded in either the council’s Kihikihi or Cambridge dog pounds – 176 were claimed, 19 euthanised, two stolen or escaped and 23 rehomed. There were no dogs in the pound at the end of the financial year.

In the last quarter, six dogs were put down,  including three pit-bull type pups from the same litter signed over by the owner.

The Strategy team is working on an early public engagement process for the upcoming review of the Dog Control Bylaw and Policy documents including attendances in Cambridge and Te Awamutu.