An Enrich Plus artist at work on the Rose Garden mural in Te Awamutu. Photo Supplied.

Graffiti and vandalism in Waipā are on the increase, particularly in Cambridge, and district councillors are asking whether community artwork is the answer.

It costs ratepayers thousands of dollars each year to fix up council facilities like toilet blocks, park benches, skateparks and memorials around the district, Community Services manager Brad Ward told the Service Delivery committee this week. Cr Marcus Gower asked whether there had been any studies done which showed graffiti reduced if community artists painted facilities beforehand.

Ward said there had been no “hard data,” but anecdotal research showed it did reduce vandalism.

Gower, an ardent supporter of the local arts’ sector, suggested the council should talk to local artists and get them to “take ownership and produce art.” Crs Susan O’Regan and Mike Pettit supported this with O’Regan saying there were organisations such as Enrich Plus which ran art groups for disabled clients who could be approached.

Pettit said it was a project for the community boards as they tend to be the people with the networks.

The Cambridge skate park was hit four times in four weeks and there has been tagging in Milich Place, Halley’s Lane, the Cambridge Superloo and at the Leamington Domain. Council has now hired a specialist graffiti removal company to get on top of it, said Ward.

There has also been ongoing and deliberate damage of community facilities. In the last four months, council staff have dealt with the clean-up of fires at the Leamington Domain and Victoria Square toilets, also finding home-made drug paraphernalia. Shower token boxes, soap dispensers and toilet roll units have also been wrecked across the district.

Incidents have been reported to police but so far, no-one has been held accountable. “Staff are absolutely fed up with it,” said Ward.

“These brazen idiots have total disregard for public property. Typically, they creep around at night because they are too gutless to be seen during the day. But lately we’ve had issues in broad daylight. Surely someone is seeing something and if so, we’re urging them to report it.”

Council has already increased security at key spots around the district, closing off some reserves at night to deter boy racers, installing speed bumps and bollards. Security fencing and temporary cameras are in place at Cambridge skate park where construction on a new park will begin shortly.

Ward wants the community to “step up and speak up.” And he is asking private property owners to clean graffiti of their buildings quickly, if they can.

“We have our hands full taking care of public facilities and unfortunately, private buildings are not something we can cover,” Ward said.

He believes those involved in Cambridge can, and will, be caught.

“Someone always knows something. The community provided the information that led to the arrest of those involved in damaging the Hautapu cemetery. There’s no reason why these vandals should be getting away with it and no reason why we should let them.”

Residents who see suspicious activity should safely take photos or videos of people in the act, note vehicle number plates and pass that, along with vehicle descriptions, to local police. 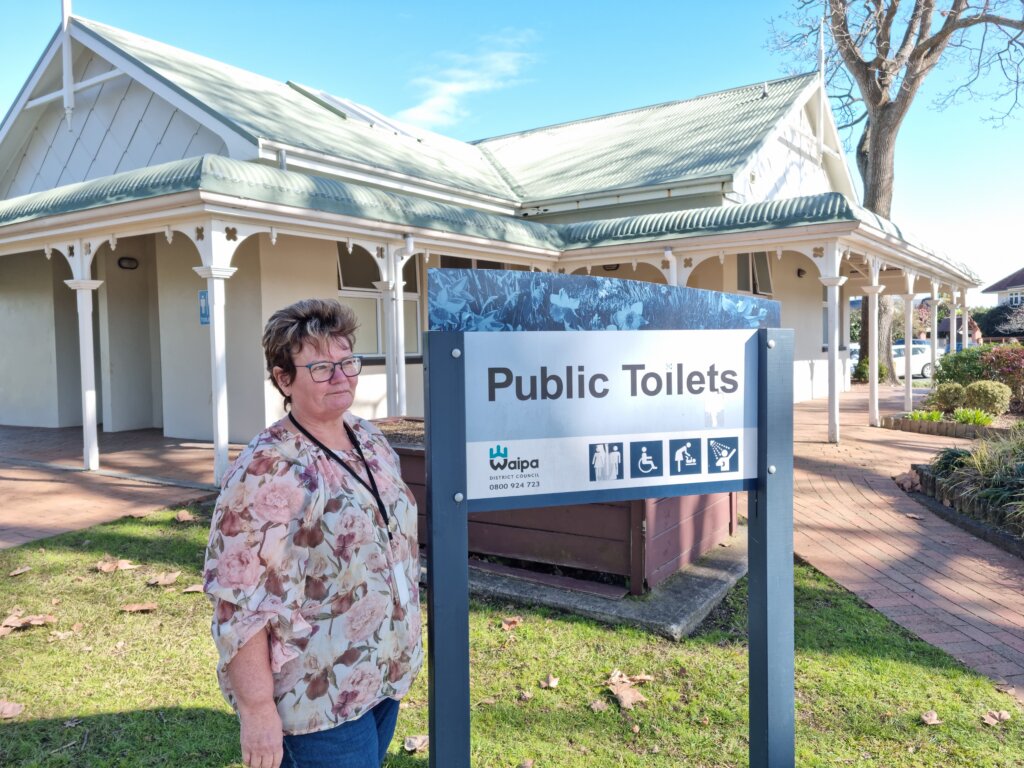