Village of the dammed

Karāpiro is watching one of the biggest hydro upgrades the Waikato River has seen – and The News has been given a tour to see how work to improve its energy generation is progressing.

For lake users the $75 million project means the loss of the use of the road over the dam for some time – for the country, it means Karāpiro will generate enough extra electricity to power 19,000 homes.

Mercury New Zealand staff are lauding Karāpiro, built in the 1940s, as being a remarkable piece of engineering.

Mary Anne Gill and Benjamin Wilson bring you the story and pictures. 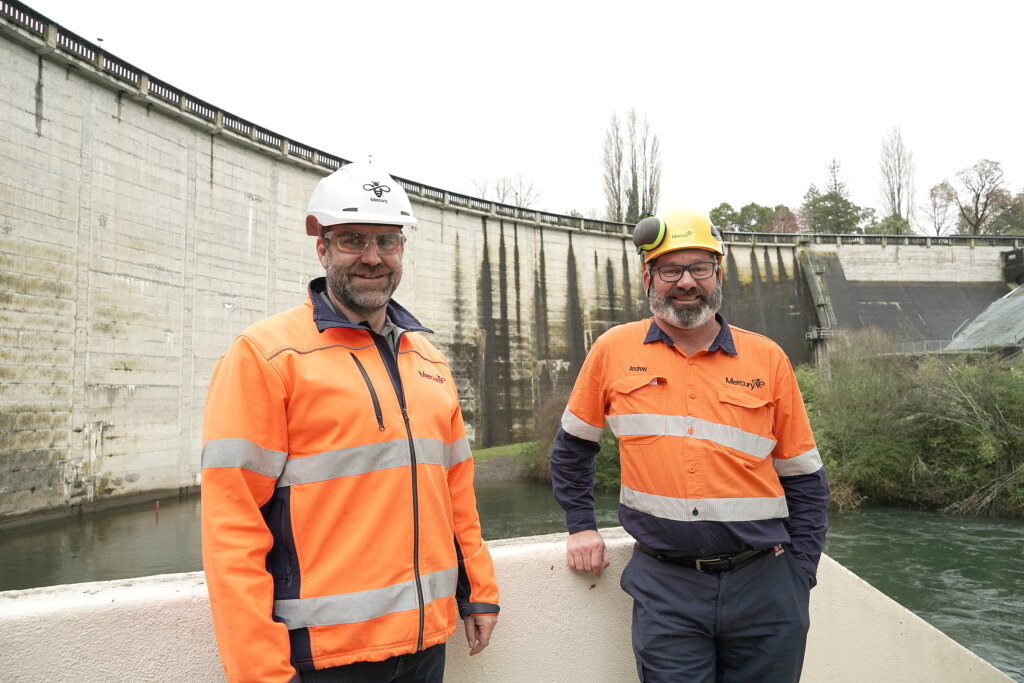 Andrew Rye knows every nook and cranny of the Karāpiro Power Station.

He should do, he’s been there since February 1984.

Today Ōhaupō-born and raised Rye is Mercury Energy’s regional manager responsible for Karāpiro and the company’s other northern operations.

He lives in Cambridge and takes us on the tour with Mercury’s head of generation operations Matt Kedian, another with long links to Karāpiro.

Kedian, was brought up in Tokoroa, joined the forerunner to Mercury in 1996 and today holds the same job his father Mike held for many years. Workers have already started dismantling one of the original Kaplan propeller water turbines ready for its replacement. Photo: Benjamin Wilson

There is a touch of art deco to the Karāpiro building – from the entrance with its Coat of Arms and the year 1946 above, then inside to what was once a waiting room and its inquiries window where staff would collect their wages.

It is like taking a step back in time wandering around the building and into the control room where Queen Elizabeth and Prince Philip were pictured in January 1954 admiring what was then the largest hydro generators in the country. Queen Elizabeth and Prince Philip toured the dam in 1954 and visited the control room.

Not much seems to have changed with the buttons and knobs on the wall much the same as they were when the royal couple visited.

Like the queen, Karāpiro has aged and yet provided the country with sterling service.

Unlike the queen, the power station equipment can be modernised.

Kedian says he is in awe of the work done 80 years ago because much of the equipment and technology is still running.

The main objectives of the refurbishment by Austrian company Andritz Hydro are to improve reliability, update the equipment and improve efficiency and power output.

Three propeller-type water turbines with adjustable blades – installed in the 1940s – will be replaced as will other older equipment.

Water from Lake Karāpiro runs through penstocks to the three turbines which then generates electricity.

The operation is now run remotely from Mercury Energy’s control room in Hamilton.

The current dam road closure, which goes through to December, will enable one of the turbine headgates to be replaced. Other road closures will occur through to 2024.

Karāpiro was the second power station, after Arapuni, built in the Waikato hydro scheme. There are eight plants in total.

Construction of the dam and power station began in 1940, but a materials and labour shortage due to World War II slowed progress. The station was completed in 1947, four years behind schedule.

In April that year, the Horahora village and the power station, opened in 1913 and the first on the Waikato River, were flooded to create Lake Karāpiro behind the dam. 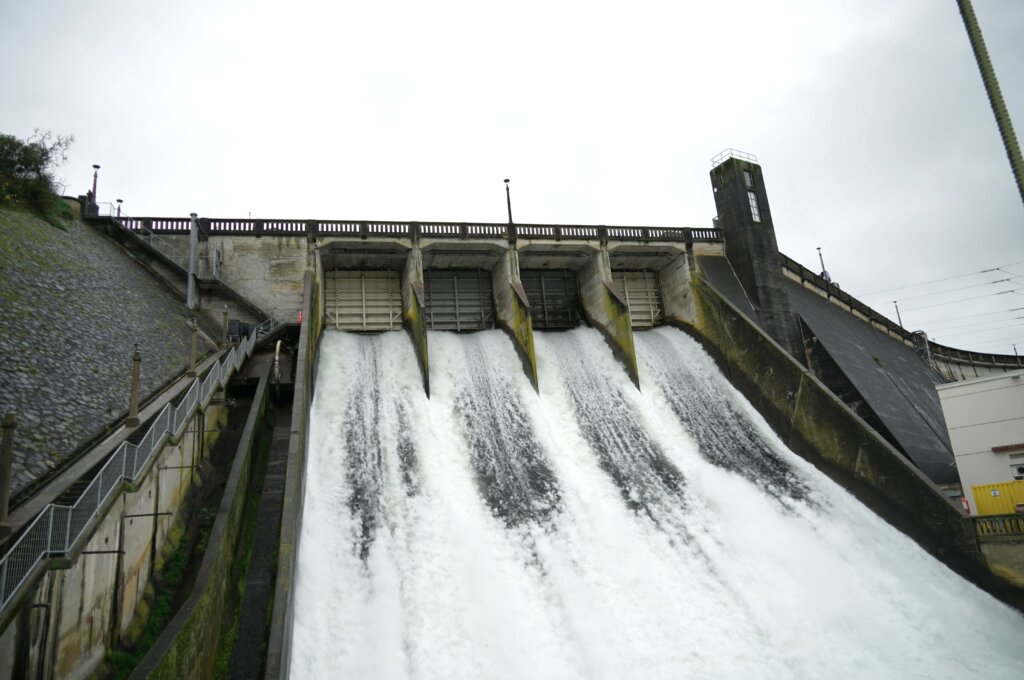 The spill from the Karāpiro Dam going into the Waikato River.

Flooded, too, was the famous 1830 battle site of Taumatawīwī which gave the lake and the power station its name. In the 1820s the Ngāti Maru tribe from the Hauraki Gulf were driven south by Northland’s Ngāpuhi tribe. Ngāti Maru were given refuge in the Waikato by the Ngāti Hauā tribe, but tensions soon mounted between them.

Victorious Ngāti Hauā chief Te Waharoa ordered that the bodies of his dead warriors be burned in case Ngāti Maru should return and counter-attack. The cremation took place on rocks beside the Waikato River. The name Karāpiro consists of the words ‘karā’, meaning rock, and ‘piro’, meaning putrid smell.