Board’s tribute to the queen 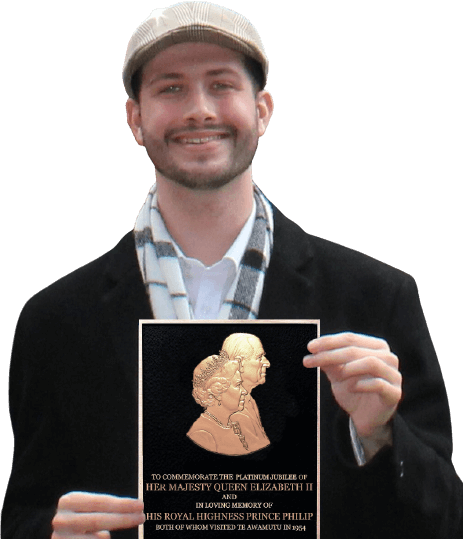 Luke’s plea
He was awoken to word of Queen Elizabeth’s death on Friday morning by the Te Awamutu News – now Luke East is pushing to get the last dollars he needs for a plaque to mark her visit here in 1954.

Te Awamutu’s Community Board has marked the death of Queen Elizabeth by agreeing to provide the remaining funding for a commemorative plaque.

It was a bittersweet achievement for Te Awamutu royalist Luke East, who unveiled plans for the plaque in the Te Awamutu News last year  – because the final piece of funding came days after the Monarch’s death.

The Queen and Prince Philip were in Waipā on New Year’s Day 1954 and he was concerned at the absence of any record of it in Te Awamutu.

The royal couple went from Te Awamutu to Cambridge and then Karapiro. To commemorate her death, there is a light show on the Cambridge Town Hall tomorrow night from 7pm-11pm. 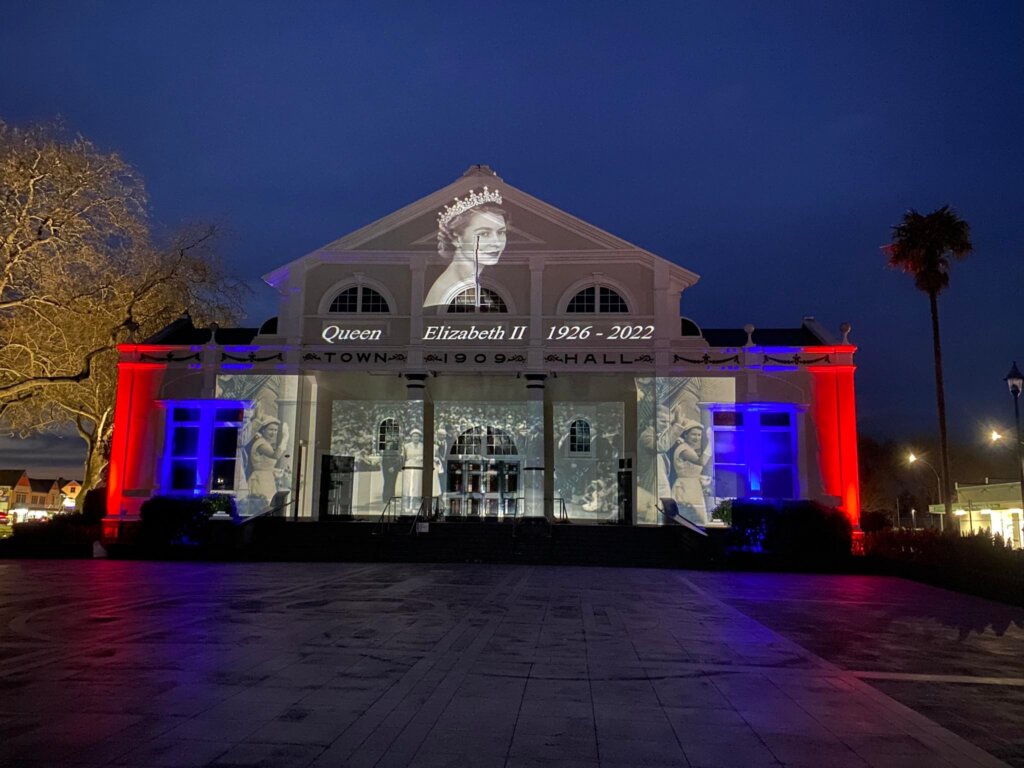 The Queen had given her approval to the Platinum Jubilee project.

East was scheduled two weeks ago to speak at last night’s meeting.

The funding approval came at the last meeting of the community board before the local body elections.

Board member Kane Titchener told East: “I know you’ve sort of kicked every stone and turned over everything you can to make it all happen, so I fully support any more to try and get you across the line with it.”

“I think recognising these things, particularly in the situation that we are living in now, would be very very effective so I will support it as well,” said councillor Lou Brown.

The board members voted unanimously to provide the remaining funding for the plaque, which will acknowledge her visit, and adorn the Te Awamutu Post Office building.

“Well done for the effort that you have made and for putting this all together. I think it will be a really neat thing,” said chair, Angela Holt.

“When we think of royalty we often associate them with glittering jewellery and palaces but the truth is Queen Elizabeth was never more at home than when she was out in the paddocks, gumboots or riding boots on,” East told The News.

“It isn’t hard to see the joy on her face in the photographs taken when she attended an agricultural festival at Claudelands in 1953, the Fieldays in 1970 and on a visit to the Ōtorohanga farm of the Ferguson family in 1990.”