The sun was bright and the music loud for the grand opening of Te Awamutu’s new parkour and skatepark on Saturday. 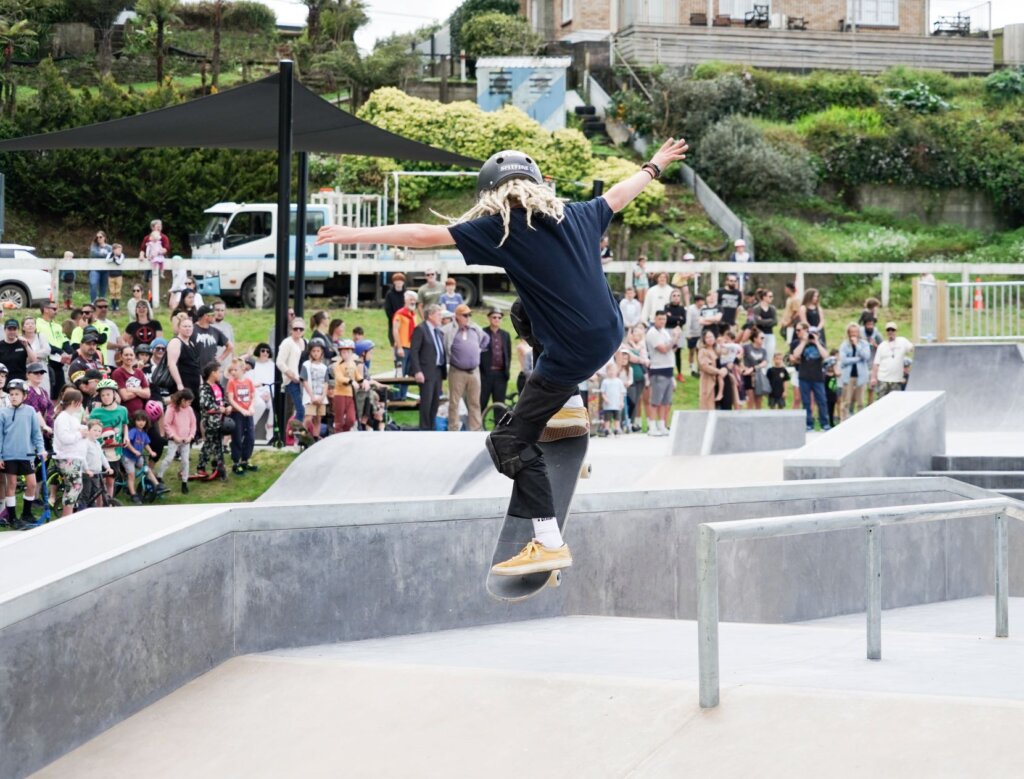 “I’m loving it, absolutely loving it. This is why we do what we do for council, to get people engaged and active, and to create vibrant places for people to come and hang out,” said Waipā Community Services manager Brad Ward. 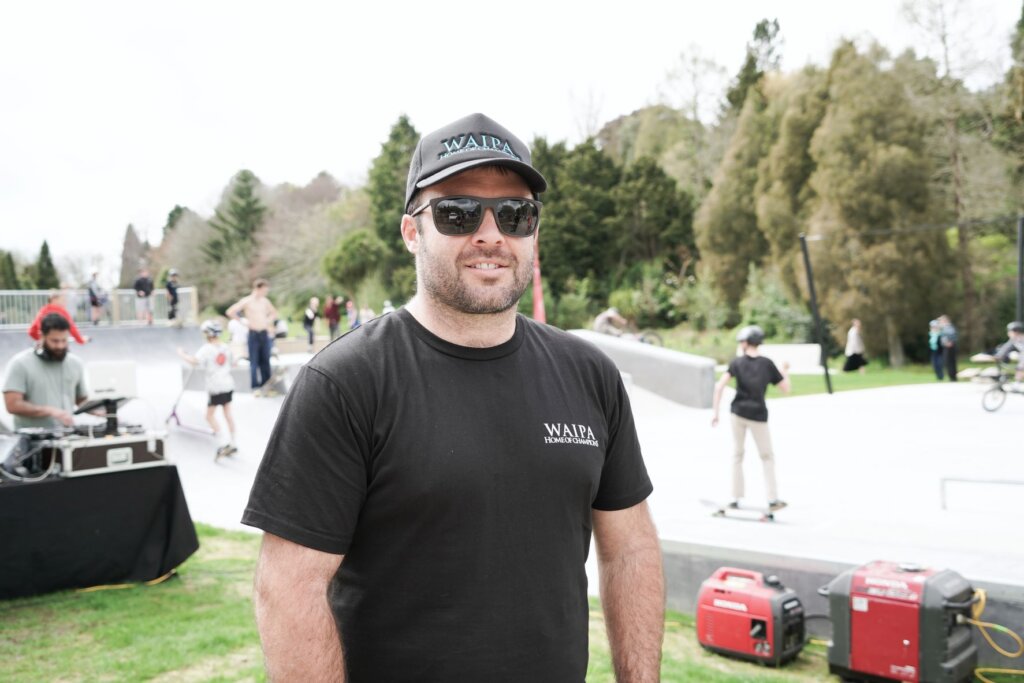 “Hopefully this can be a place of recreation and joy for everyone,” said Barney Manaia of Ngāti Maniapoto, who opened Saturday’s celebration. 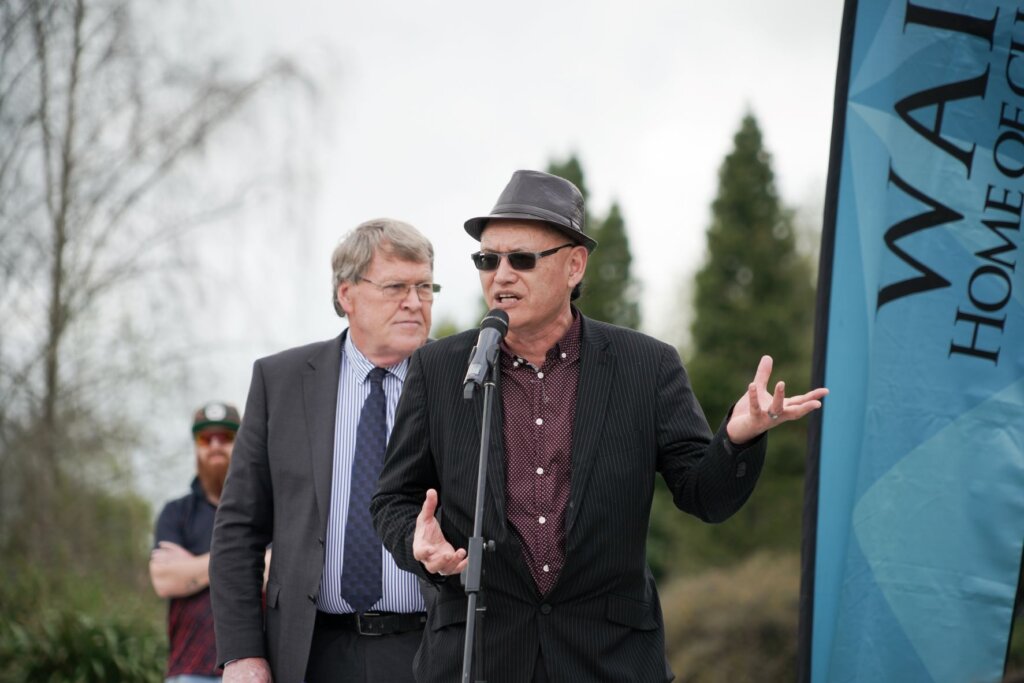 “Especially for this demographic, the sort of 12 to 20-year-olds. Playgrounds are usually for the five and earlier, or five to 12-year-olds, but there isn’t really a place for these guys. We are hoping this will be a bit of a hangout space for them,” said Ward.

Mount Albert Grammar School student and skateboard enthusiast, Manawa Kronfeld was one of the first to ride on the new park. He said the new park was “wicked” and had travelled from Auckland for its opening. 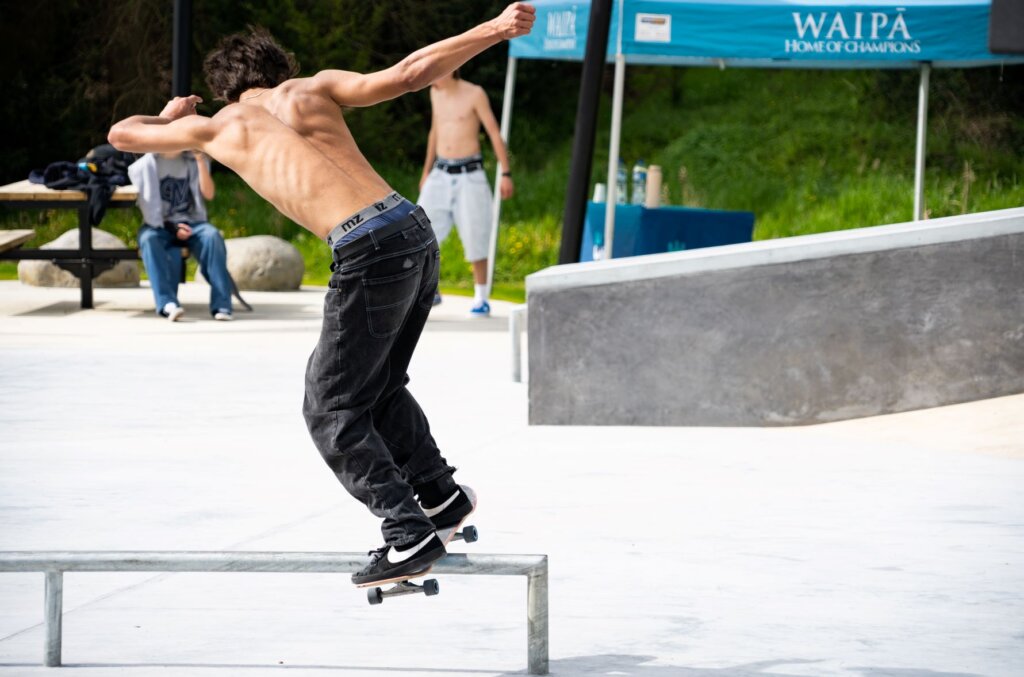 “It is here for you to enjoy, and we really do sincerely hope that you do make the most of it and look after it… but I am not looking forward to the first time we get graffiti,” said Mylchreest.

He thanked tangata whenua Bill Harris, Tom Roa, Hazel Wander, and Shane Te Ruki, who had blessed the park several months prior to its opening.

Following a feedback and consultation period, Acid NZ and head contractor Fluhler Contracting Ltd started the construction of the million-dollar skatepark in March. 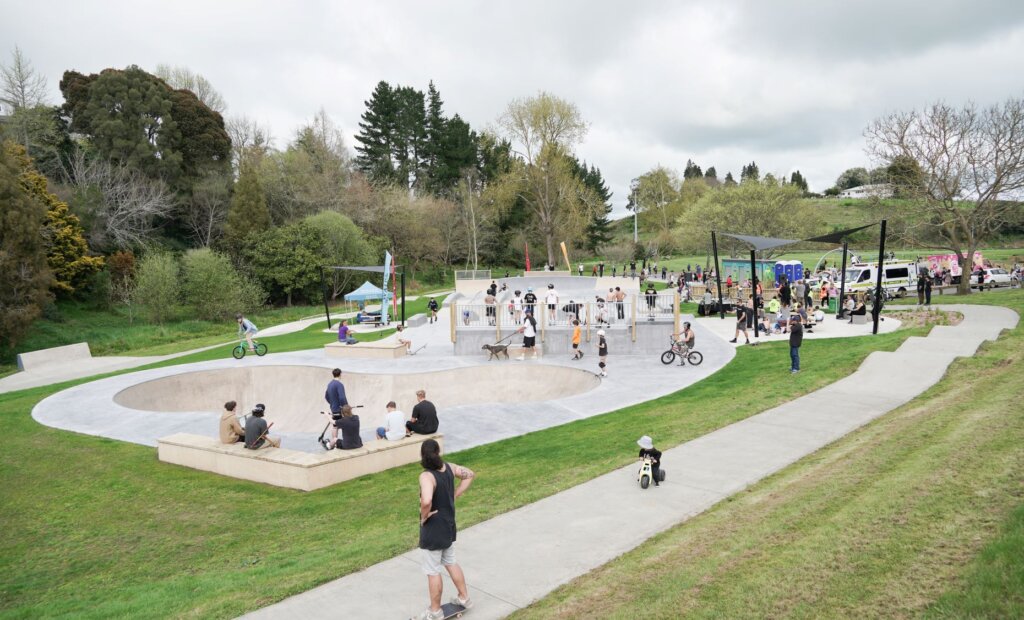 “We had heaps of people from all around the district who were really crying out for some skate facilities in the Waipā. We heard that the ones we had just weren’t up to grade, especially the one here which was all cracked and quite dangerous,” said Ward.

“This what it is about, this demographic, getting them active.”