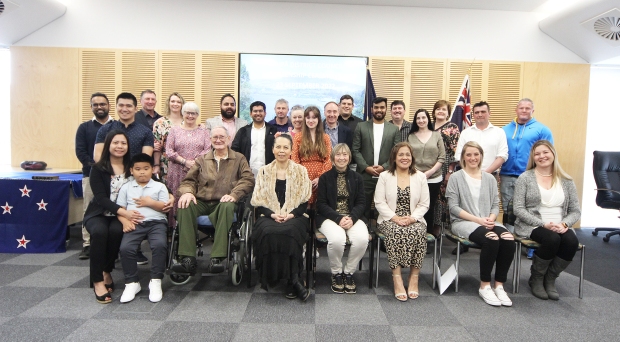 Twenty five Waipā residents, who swore their allegiances to King Charles III last week to become citizens, can probably lay claim to being among the first in the Commonwealth to do so.

There was no time to update the videos from the Department of Internal Affairs and governor-general Dame Cindy Kiro – they still mentioned the late Queen Elizabeth – but each new citizen read out how they would be faithful and bear true allegiance to New Zealand’s new king.

The ceremony in Te Awamutu on Friday was the first of its type for a year because of the pandemic.

During that time new citizens have been receiving their citizenship through the mail which doesn’t have the same sense of occasion.