Raglan’s resource recovery centre Xtreme Zero Waste has been showcased as an alternative to waste to energy in the wake of a proposal to build an incinerator in Te Awamutu.

“Raglan’s Xtreme is already an excellent model for waste management, it is a jewel of the Waikato” said environmental indigenous advocate, Dale-Maree Morgan.

Morgan is the leader of the Don’t Burn Waipā movement, which opposes plans to build Paewira, a waste to energy ‘incinerator’ proposed for Te Awamutu’s Racecourse Road.

“Importing other people’s waste would be mana diminishing for our lands,” said Morgan.

She invited Waipā iwi and local government candidates for a tour of Raglan’s Xtreme Zero Waste on Friday. 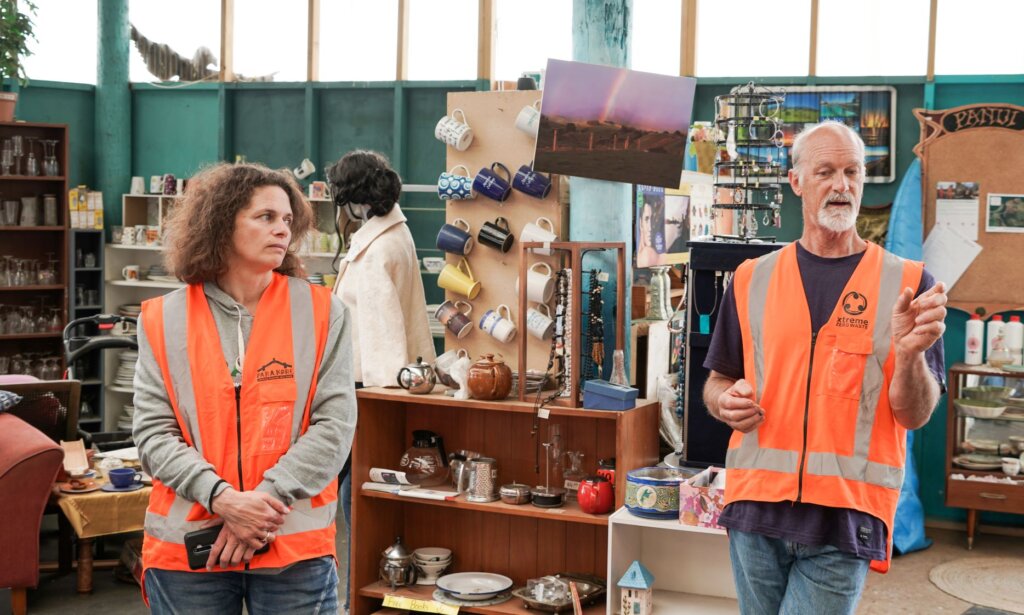 Xtreme have managed Raglan’s waste and recycling services since 2000 and is run in partnership with Waikato District Council. It receives $800,000 from ratepayers annually, and in the past year it has generated $1.8 million for the Raglan community.

They resell functional goods that have been deemed end of life by their previous owners, repair broken goods or strip them of their usable parts, turn raw materials into new products, recycle what cannot be processed in house, and send what remains to landfill. 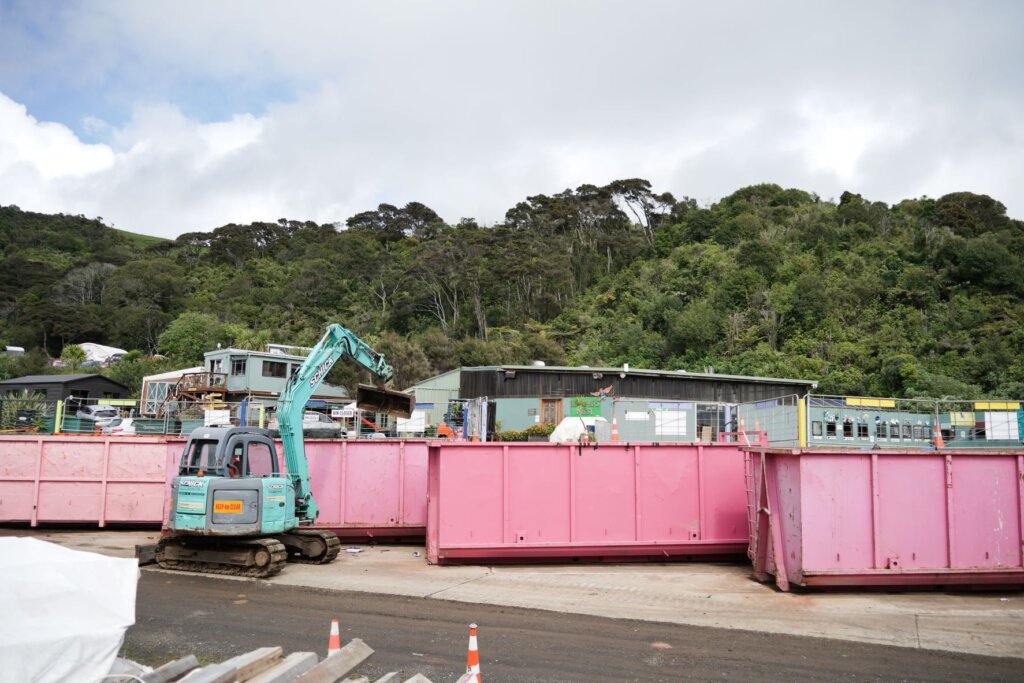 Pink skips that will head to landfill. Photo: Benjamin Wilson.

The company says its waste recovery and recycling efforts divert 75 per cent of Raglan’s waste away from landfill.

Morgan said instead of investing in Paewira, which resource consent is currently pending, Waipā should be investigating Raglan’s model of waste management.

“It should be an embarrassment to Waipā that we don’t have any facilities like this over there,” said mayoral candidate Chris Woodhams, who participated in Friday’s tour.

Also present was Cambridge Community Board candidate Cherie Weinberg and Waikato District councillor Lisa Thomson – Morgan said the invited iwi were unable to attend the event due to personal matters. 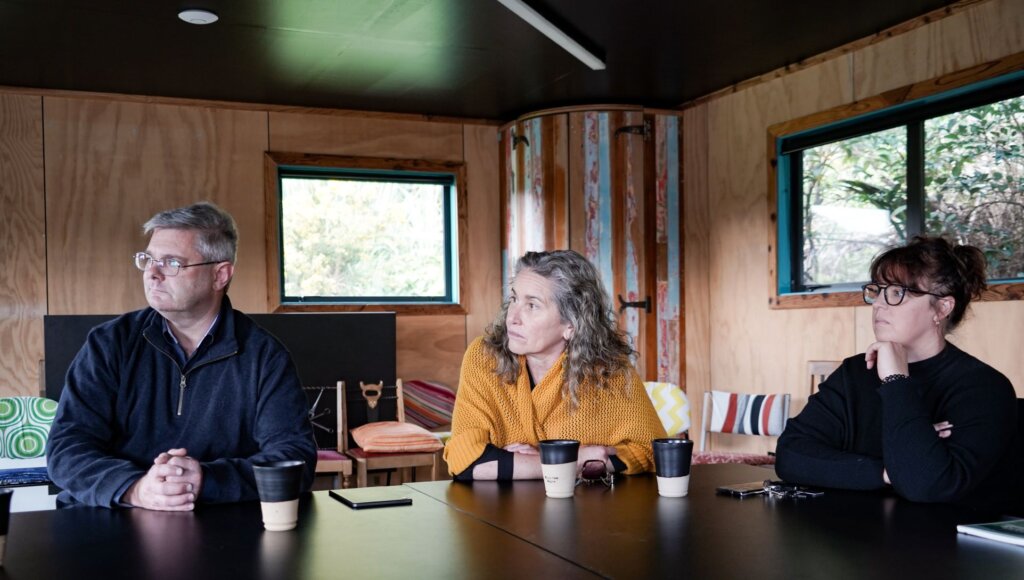 When speaking about waste to energy proposals, Xtreme Zero co-founder Rick Thorpe said instead of opposing them, it is better to propose alternate solutions for waste management, such as theirs.

“The reason why it (waste to energy) is here, is because we have got a unique opportunity for these companies. With the levies going up, it has become more expensive to send waste to landfill, but we haven’t changed our behaviour and are still consuming a lot,” he said.

“They want us to keep consuming, and that for me is the biggest issue. It is not so much the about the dioxins and things, it is actually about our consumption.

In addition to helping the environment and reduce consumption, waste recovery centres help to distribute wealth, she said.

“It is shopping in the re-use instead of the new…. voting for the world we want with our wallets.”