Three of them want to be the first person elected as the Māori ward representative for Waipā – but this race is setting new benchmarks in courtesy.

All three celebrated their shared opportunity to finally have “a seat at the table.”

“I would be truly happy if Takena or Gaylene get it, because it is the first Māori ward seat and at least one of us would be at that table,” said Harris. He is the chairperson of the Ngāti Apakura Runanga Trust and presented their submission in favour of the district introducing Māori wards last year.

Stirling, a commercial lawyer and the owner of Te Awamutu’s Stirling Legal, was equally complimentary of his rivals.

“I am not too concerned with the results to be fair, because I know that mātua Bill and whaea Gaylene have a lot of experience,” said Stirling.

He said it is more important that Māori be encouraged to vote and to “have their say” than it is to be elected.

“Particularly because this is the first time in Waipā, we need a big showing of support,” he said. Roberts, who is the chairperson of Ngā iwi Tōpu ō Waipā, acknowledged the work that led to the district finally getting a Māori ward.

“It took 31 years to get us three standing here tonight. That is an achievement, and we didn’t get it handed on a plate, we worked hard for it,” she said.

The three candidates also shared housing and the provision of papakāinga – community living on Māori ancestral land – as priorities.

“It is something that we need to do together… so when our rangatahi get bigger they’ve got jobs, something to be proud of, they’ve got a house that they can live in, where their mokopuna can run around.” 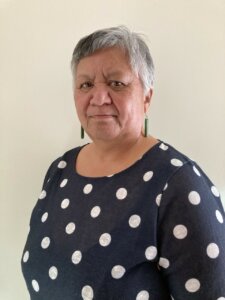 Also at the meeting was Waikato Regional councillor Kataraina Hodge, the Ngā Tai ki Uta ward representative. She and fellow Māori ward councillor Tipa Mahuta (Ngā Hau e Wha) don’t have to campaign to keep their seats – they have both been returned unopposed.

Voting forms were being delivered across Waipā this week.

Voters in Waipā who are on the Māori electoral roll for general elections were automatically placed on the new Waipā Māori ward roll for this election.

The new council will comprise 11 councillors and a mayor elected at large. The general wards are Cambridge (4 seats) Te Awamutu-Kihikihi (3 seats) Pirongia-Kakepuku (2) and Maungatautari (1).