The national commemoration of the New Zealand Land Wars is being acknowledged with flags on display throughout Te Awamutu. 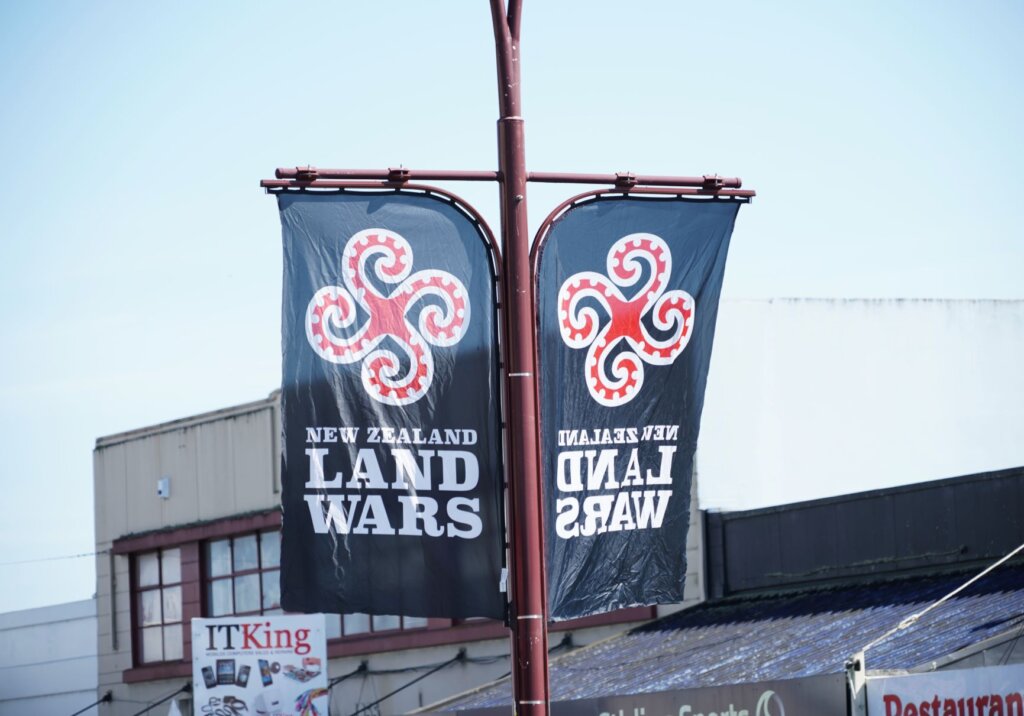 Flag’s commemorating the New Zealand Land Wars will be on display throughout October.

“We are highlighting that on October 28 we will have commemorations for the Land Wars, and will be putting down a wreath at Orakau for the occasion,” said Te Awamutu Museum host, Hillary Collinge.

In 2016 the government declared He Rā Maumahara, a National Commemoration of the New Zealand Land Wars. It was first observed on March 11, 2018.

The national commemoration is now recognised annually on October 28, the day the 1835 Declaration of Independence of the United Tribes of New Zealand was signed.

The council hung flags throughout Te Awamutu and Cambridge at the start of the month, they will be on display until the October 28 commemoration.

They were designed in 2020 by Waipā artist and museum coordinator Henriata Nicholas, and feature four takarangi – spirals – representing the district’s rivers, Waipā, Mangapiko, Waikato, and Pūniu.

Their red, black, and white colouring is significant. The red is a representation of blood, and the loss of lives during the wars, the black signifies the mourning of the lives lost and white represents the connection Māori have with the whenua.

Images of archival photographs and objects related to the 1963 to 1964 Waikato Wars are being projected in the gallery.

A large portion of the museum’s collections are dedicated to the Land Wars, because of its significance to Waipā and tangata whenua, Collinge said.